Special feature:urihara Hikosaburo Akihide was born in Aso-gun, Tochigi Prefecture, as the wealthy second son of Kurihara Kizo. He received a scent from Tanaka Syozo.
He went to Tokyo together to study at Aoyama Gakuin Middle Schooland then at Waseda unversity and Nihon university. He worked hard to resolve the Ashio Copper Mine Incident
He participated in the management of Chugai Shinronsha in 917
(Taisho 6) and became president, and published “Chugai Shinron” in 1927.
After being elected as a member of the Tokyo City Assembly, he was officially recognized by the Constitutional Democratic Party and has been in office for three consecutive terms. He focused on the reconstruction of the Japanese sword
In addition to the first issue of “Japanese Sword and Japanese Hobby” in 1935 (Showa 10), it was published until March 1943 (Showa 18).
In 1926, the Japanese sword training center was established
at the site of the Katsumi Funa residence in Akasaka Hikawa-cho,

Akasaka-ku, Tokyo. He opened the Japanese Sword Academy on the
army site in Zama, Kanagawa Prefecture, and trained sword makers.
Of the Japanese swords produced by Kurihara, the following 6 are
designated as tangible cultural properties designated by Tochigi
Prefecture. Quoted from Wikipedia
This work was produced by Hikosaburo Kurihara Akihide on August
1945, and is very rare.

From Aoi Art :Kurihara Hikosaburo Akihide is especially known as a politician who
contributed to the prosperity of Japanese swords. It is a copy of the work around Kongo
Hyoei Jyo Moritaka. It is thought that Jigane made it using old iron because it was made
with considerable effort to make such a strong work of hada. Also, since Shinogi ji and
Jigane are the same, it is considered to be muku kitae.
It is a very rare work for Showa sword and can be said to be a valuable sword.
He learned sword technique from Kasama Ikkansai Shigetsugu, and it is said that his master’s work is also a good work. It is said that he was a great teacher of modern
swords and was a person who was affectionate and friendly to his students. 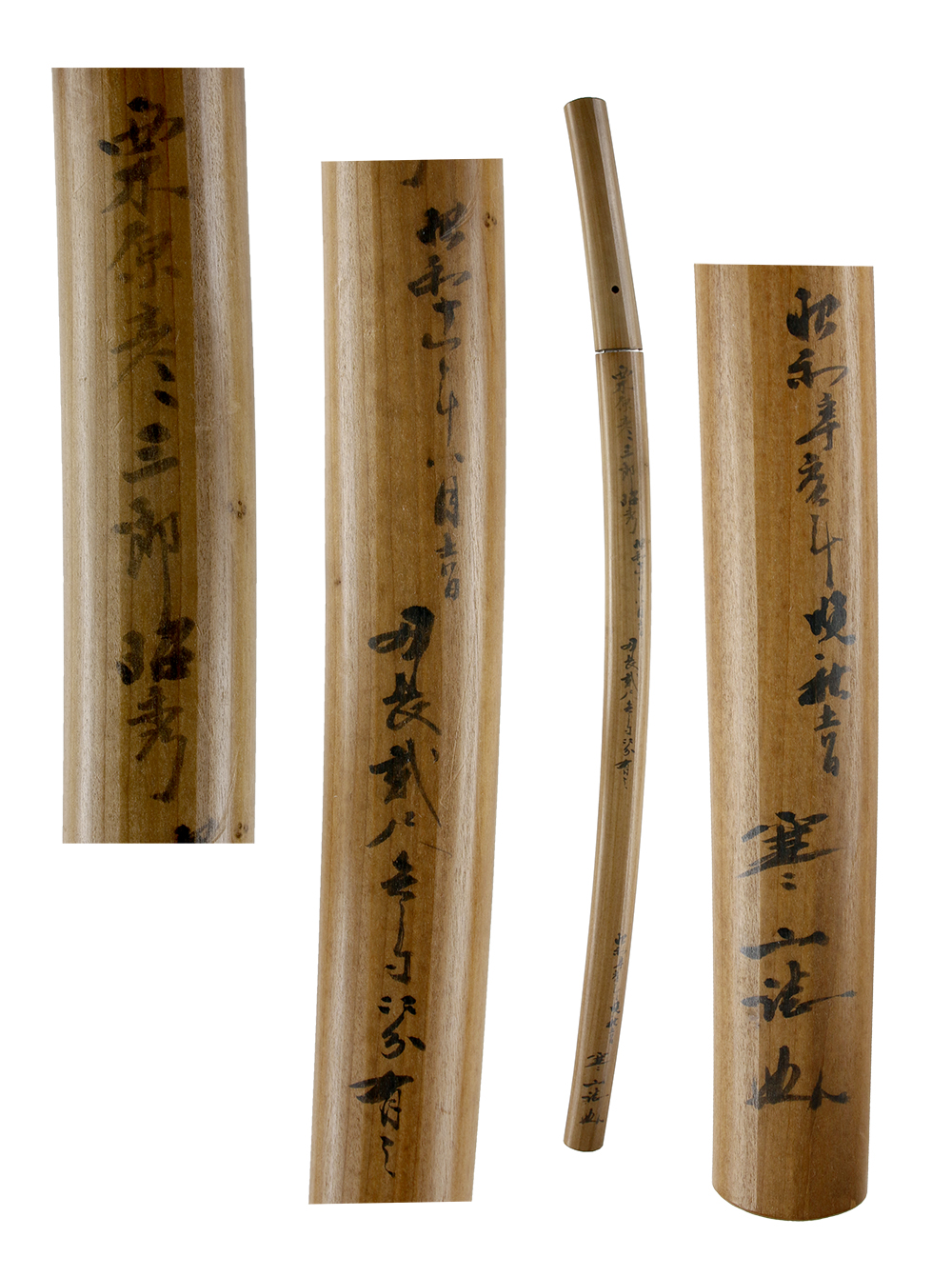 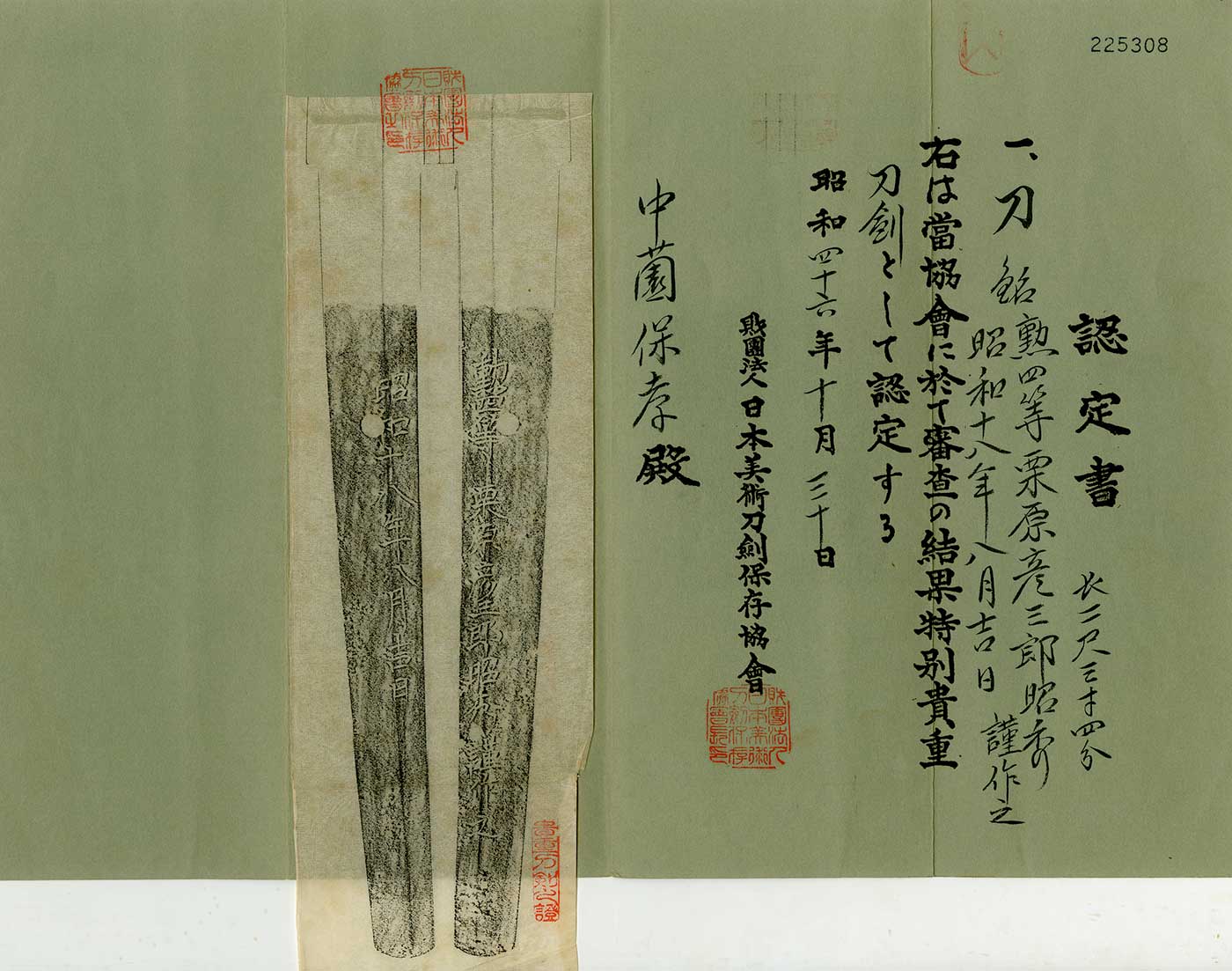 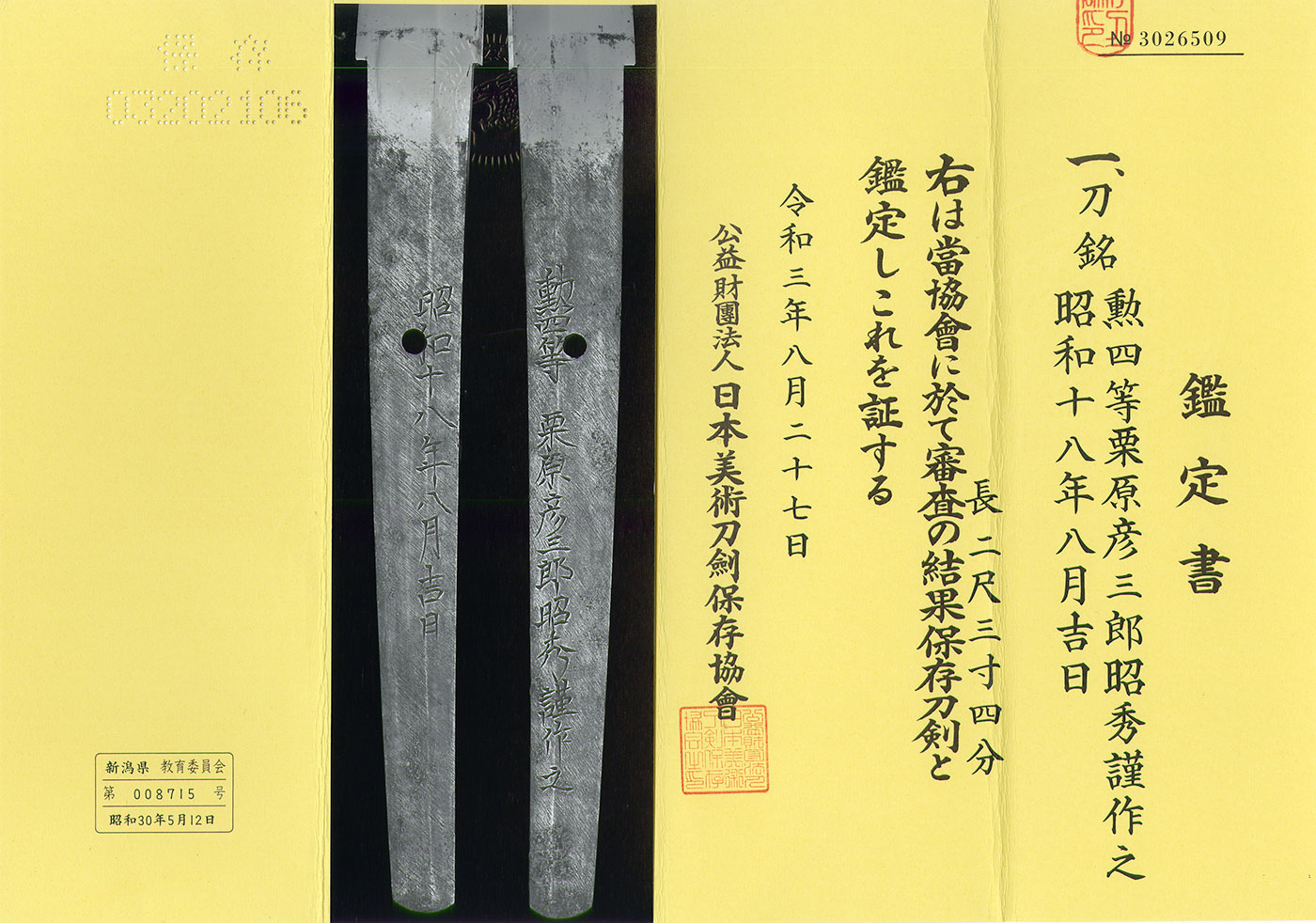