Special feature: Tsuda Oumi Kami Sukenao is broan in Oumi Takagi. He was called as Magodayu and became a pupil of Echizen Kami Sukehiro. He lived in Osaka, and the latest work was made around Genroku 6, at the age of 55. His style is Sukehiro’s Toranba and Gunomemidare: in order. Sometimes we can find his works which are far better than his master’s works, so he is evaluated as very skillful swordsmith.

From Aoi Art: He made this sword at around the age of 50 and this is a brilliant work. His master passed away in Tenna 2, and after that, he never left Osaka because he was married with the sister of Sukehiro. He named himself with surname Tsuda for the rest of his life. 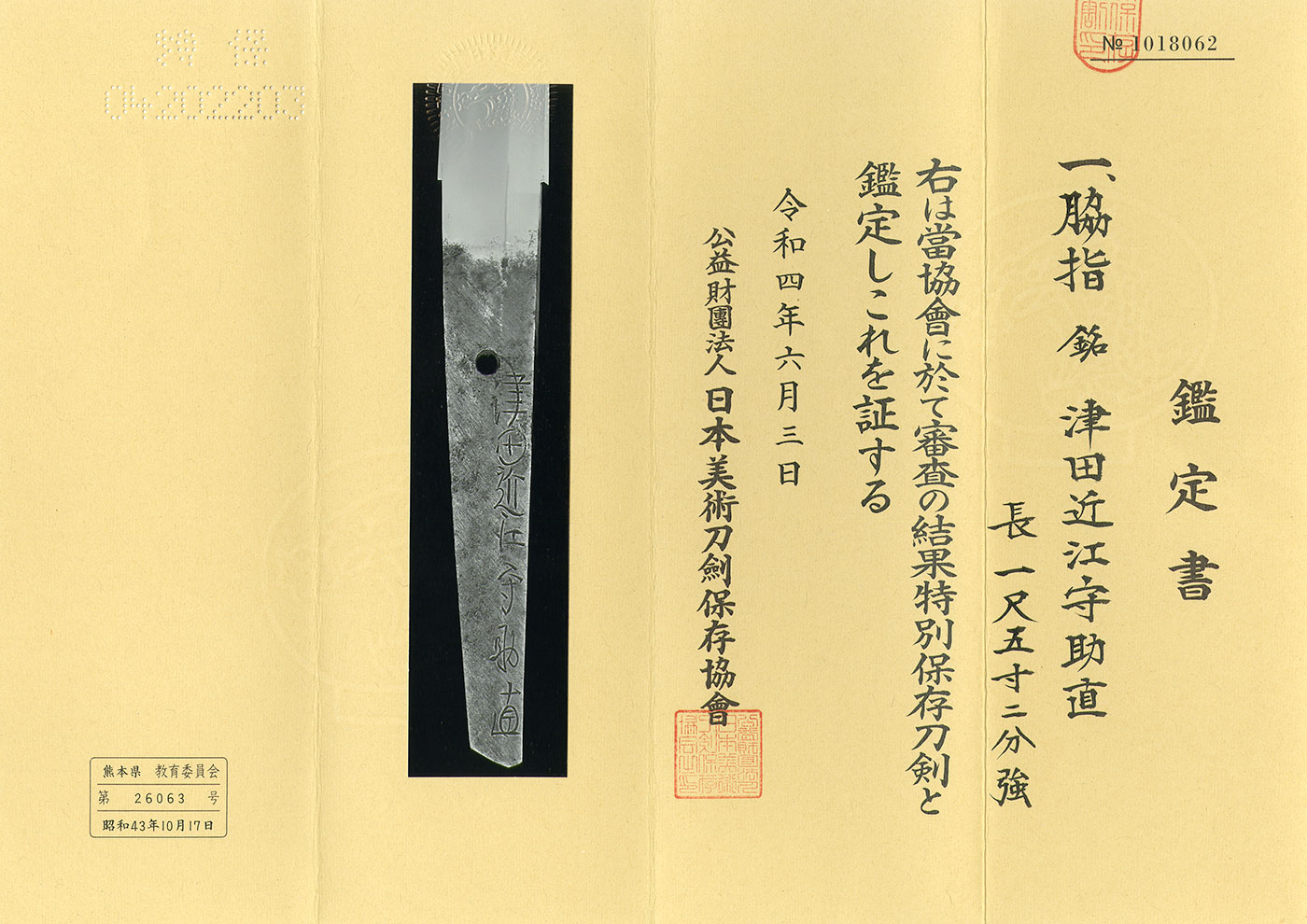