Special feature: Munetsugu was born at Shirakawa province and younger brother of Koyama Munehira.
He studied from Kato Tsunahide which is called Koyama so-bei.
After that he moved to Edo and sword maker of the Kuwana family. He lived Yotsuya Saemon cho in Akasaka Azabu and studied from Yamada Asaemon about cut well swords.
Therefor his some swords exist Tameshigiri (cutting test) by Yamada Asaemon. According to the Fujishiro book, Kiyomaro made sword Tanrenjyo(making sword factory) in Iga city in Yotsuya near by Koyama Munetsugu without any greeting. So Koyama Munetsugu got angry and apply cartel to Kiyomaro.
It is interesting Japanese culture at that time.
He was making sword until Meiji 2nd year before Haito-rei（decree banning the wearing of swords).

From Aoi Bijyutsu: Bizen suke Fujiwara Munetsugu produced in Meiji 2 Nen May of this work is probably his last produced sword. He was so old that he had no power to make sword It is believed that he made it with the last power of the era. 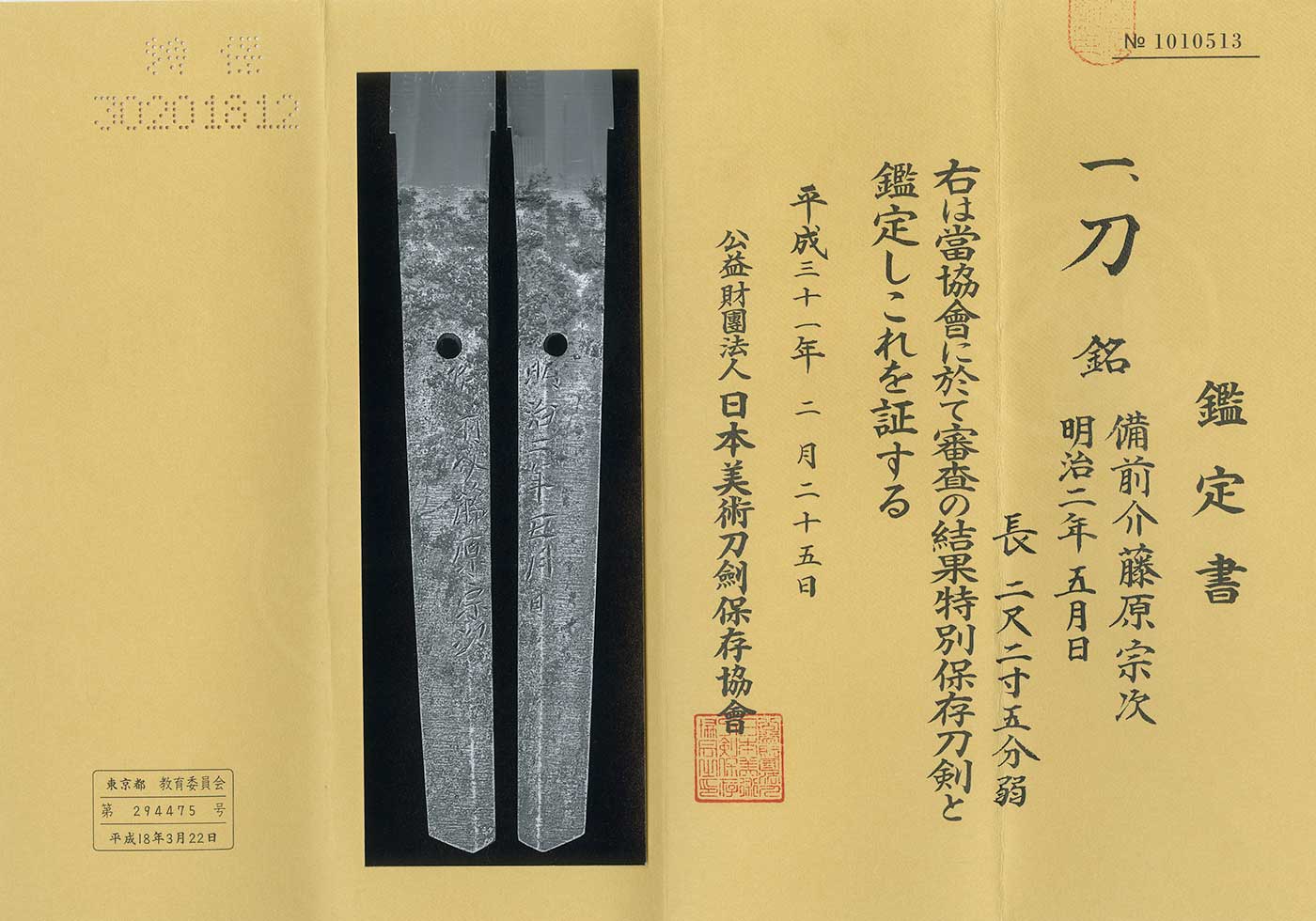