shinto: JyoJyo saku:Ryo wazamono:Settsu.
Aoi Bijyutsu Syoshin Kanteisyo :Tokubetsu Hozon sword museum.
(We divide 4 sections for each sword as Saijyo saku, Jyojyo saku Jyo saku and regular saku)
This sword belongs to Jyo Jyo Saku ranking.
habaki:
The blade was polished.
Blade length:74.9cm or 29.48inches.
Sori:1.2 cm or 0.47inches.
Mekugi:1
Width at the hamachi :2.85cm or 1.12inches.
Width at the Kissaki:2.02 cm or 0.79inches.
Kasane:0.67cm or 0.26inches.
The weight of the sword:675grams
Era: Around Empo 9, the Edo period. 1680.
Shape: The blade is normally thick and broad with deep Sori and longer Kissaki. Well-shaped work.
Jigane: Koitamehada is grained well to be beautiful Osaka Jigane.
Hamon: Mainly Suguha, becoming like Notare, with slightly deep Nioikuchi.
Ashi and Yo come in slowly. Boshi turns back round and the tip ends with Hakikake.

Special feature: Tsuda Oumi Kami Sukenao was born in Takagi, Oumi.
He is also known as Magodayu. He became a pupil at Echizen Sukehiro
and later he married his master’s younger sister.

From Aoi Art: Oumi Kami Sukenao was born in Kanei 16, and later became a pupil of Sukehiro.
After he started his career, he married Sukenao’s younger sister and returned to Takagi,
Oumi. However, after his master died, he moved to Osaka and settled. His last work is said
to be made when he was 55 years old. And till then, he made a number of works that are
as great as the best works of Sukehiro, and his works were loved by lots of people. 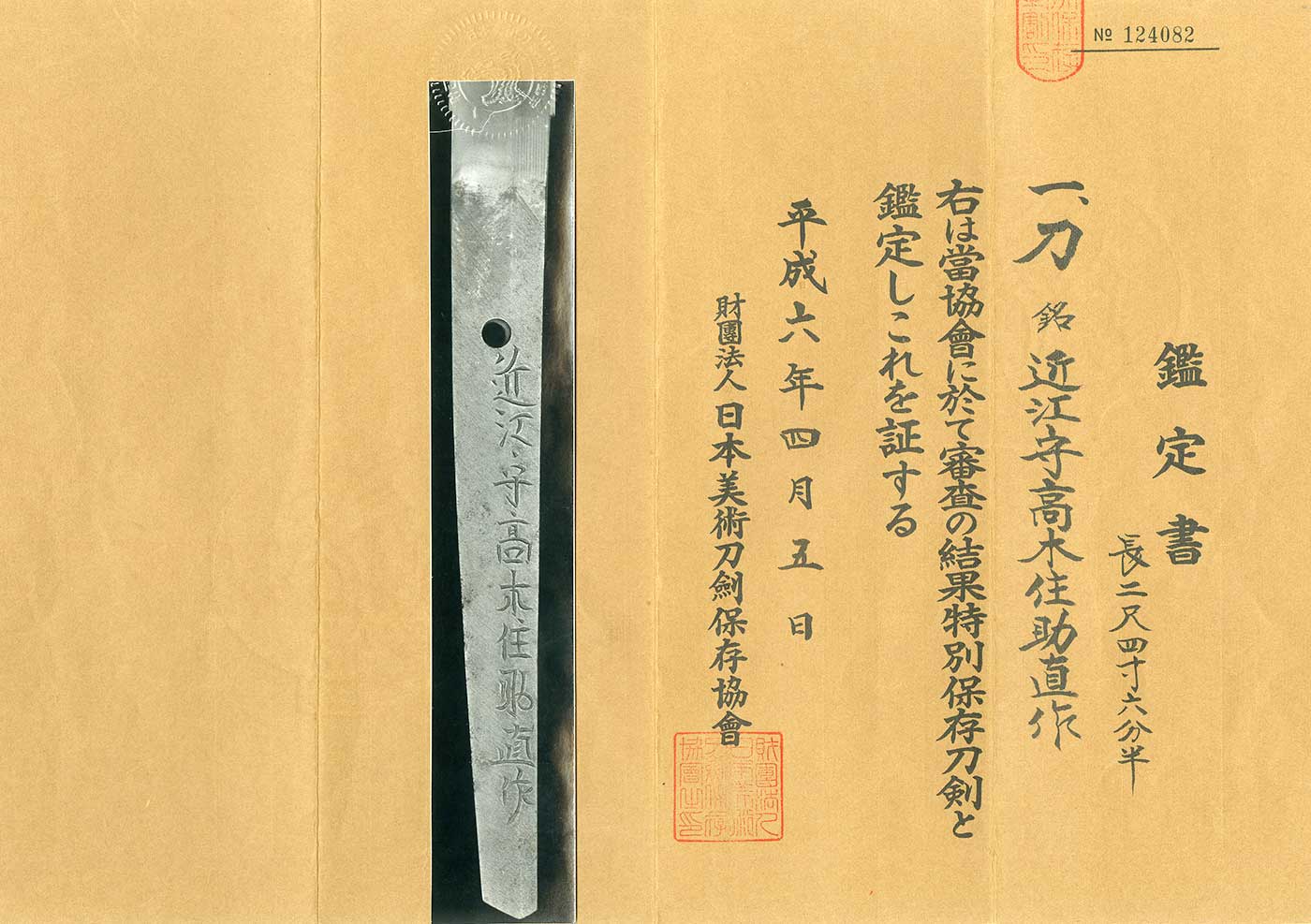 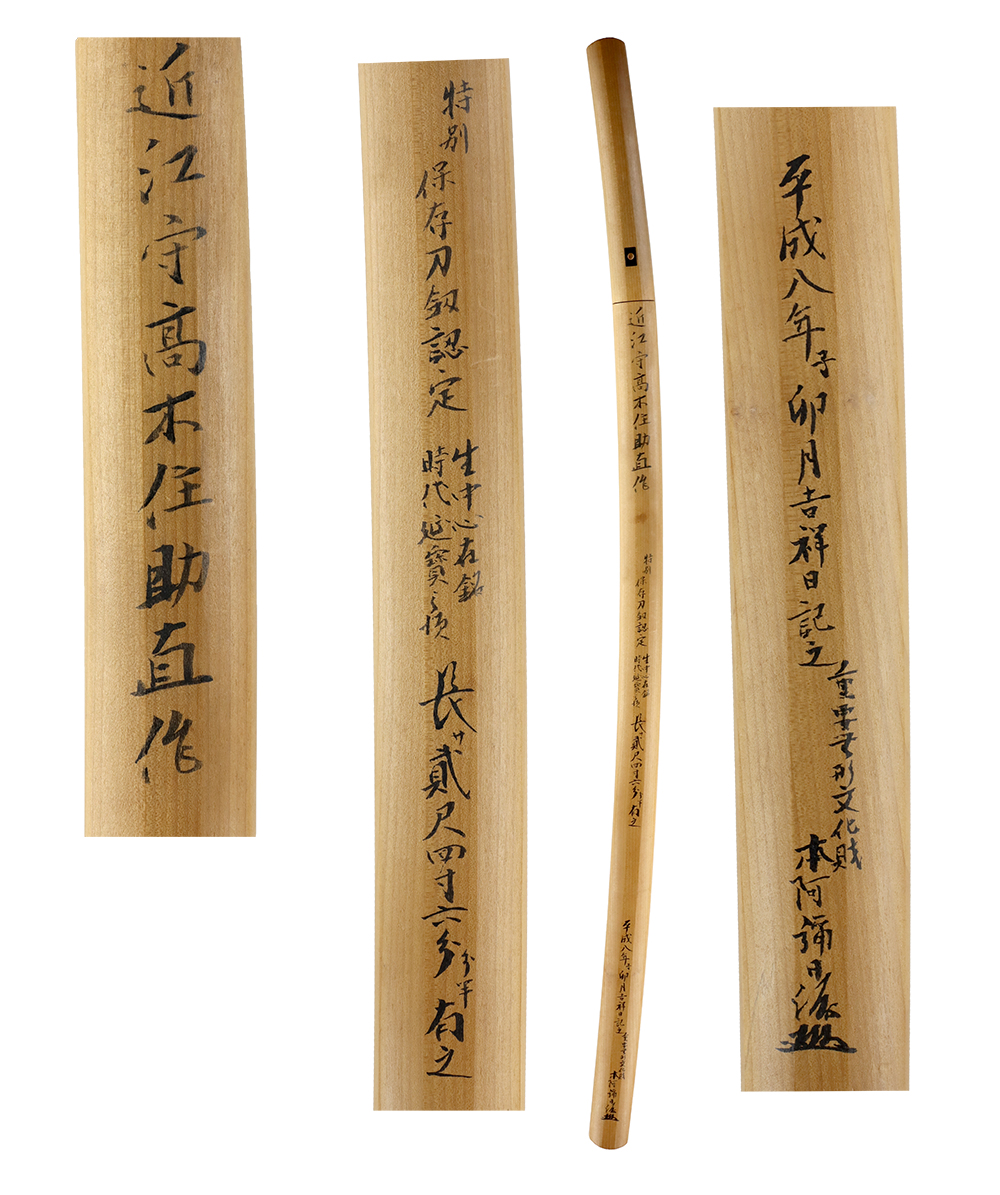