Japanese sword’s evaluation.
Japanese sword’s evaluation usually depends on the length, Sori, shape, Jigane, Hamon, era, sword smith and special feature of the sword.
For example, a masterpiece of Tsuda Echizen Kami Sukehiro’s Doranba Hamon sword is expensive 5 times higher than his Suguha. Even his masterpiece with Suguha, sometimes it cheaper than his normal works with Doranba.
Of course, there are a lot of expensive Suguha swords. Most of swords was made in Kamakura period is Suguha but most of the swords are expensive. In Shinto and Shishin-to, Sendai Kunikane, Oumi Daijo Tadahiro, Hizen swords also are some famous Suguha swords smith. Their Suguha is deep Nioikuchi and their Jigane are higher ranking than other sword smiths sword.
But anyway, generally Doranba swords are more popular because you won’t get boring to watch the sword.
Anyway, the most important thing to decide the price of swords is the quality. Even the sword made by highest-ranking swordsmiths, if the quality is not good, it will be difficult to sell the sword. And vice versa, even the sword made by low ranking swordsmith, if the sword is beautiful, it is very easy to sell the sword.
These days, some swords have some historical story are very expensive even the sword is bad quality and has some flaws. For example, Kotetsu (famous sword of Shinshen-Gumi’s leader) cost 5 million yen even the sword has flaws and not so long. Muramasa is sword seems like Sue-Zeki, actually, most of the swords are not so beautiful and special but it has a historical story(used to assassinate the Tokugawa family) so it cost around 4 million yen even it is a Tanto.
I am swords dealer so have a lot of beautiful swords and expensive swords, but my favorite sword is Kanetsune of Seki swordsmith. It is not expensive one, I think it just cost 300,000yen, has many flaws but the Utsuri is very beautiful and there are many stories, so it is my favorite.
I hope these pieces of knowledge help you when you purchase or sell swords in the future. But anyway, you should purchase the swords which you think are beautiful.

P.S.
Boshi is one of the most difficult to watch and understand parts. I draw some Boshi’s patterns and special features. Please check it if you need it.
(The pattern under Yakizume is called Togari) 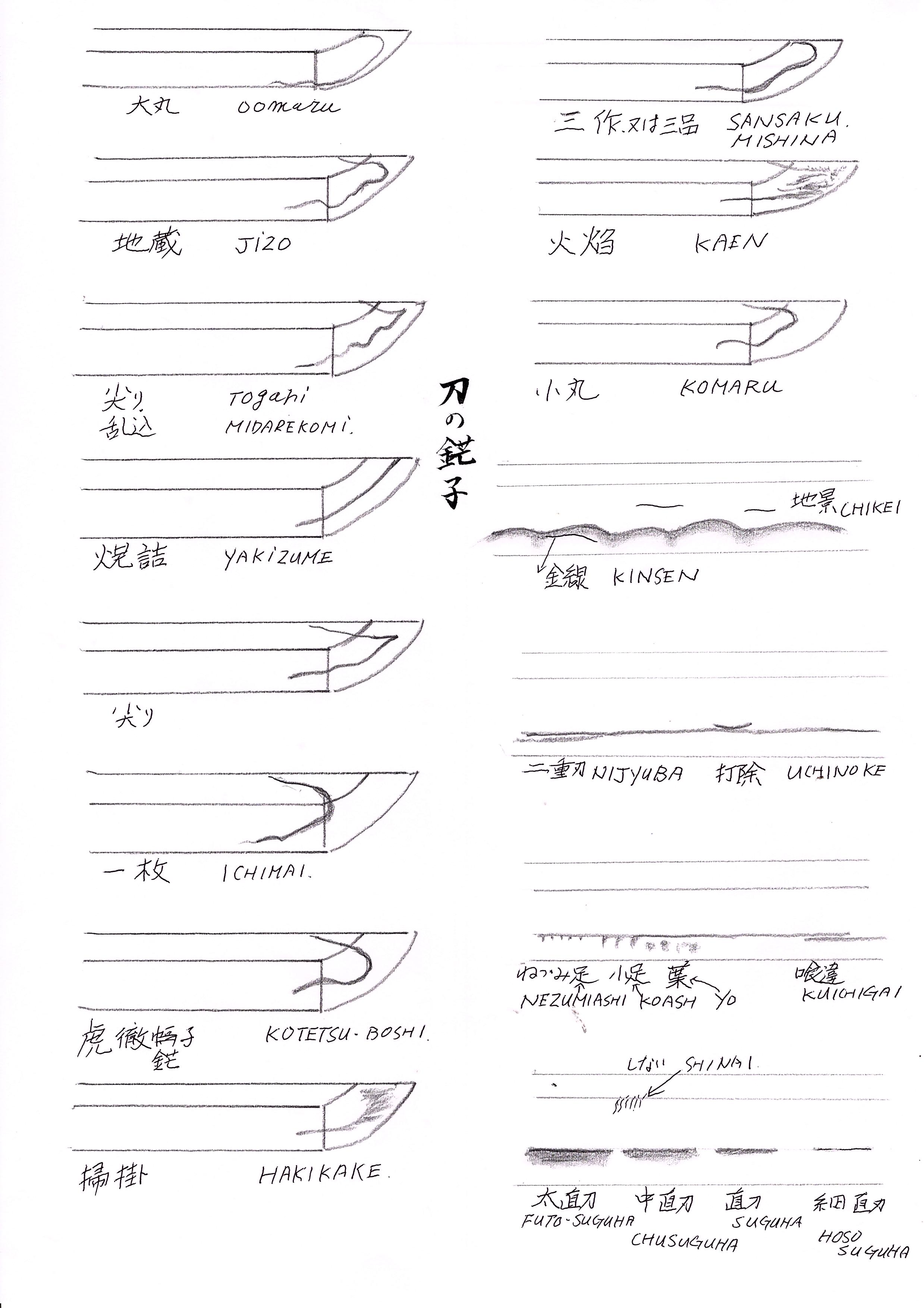