Special feature: Shakudo nanakoji plate with Koseki-Ko Choryo design engraved and inlaid with gold.
The design is called Koseki-ko Choryo Zu, a scene from a Chinese legend. Choryo is on a dragon,
stretching out a shoe on his hand later became a famous military strategist seizing an opportunity
after several trials given by Koseki-ko, usually found on the scene as an old man on horseback. 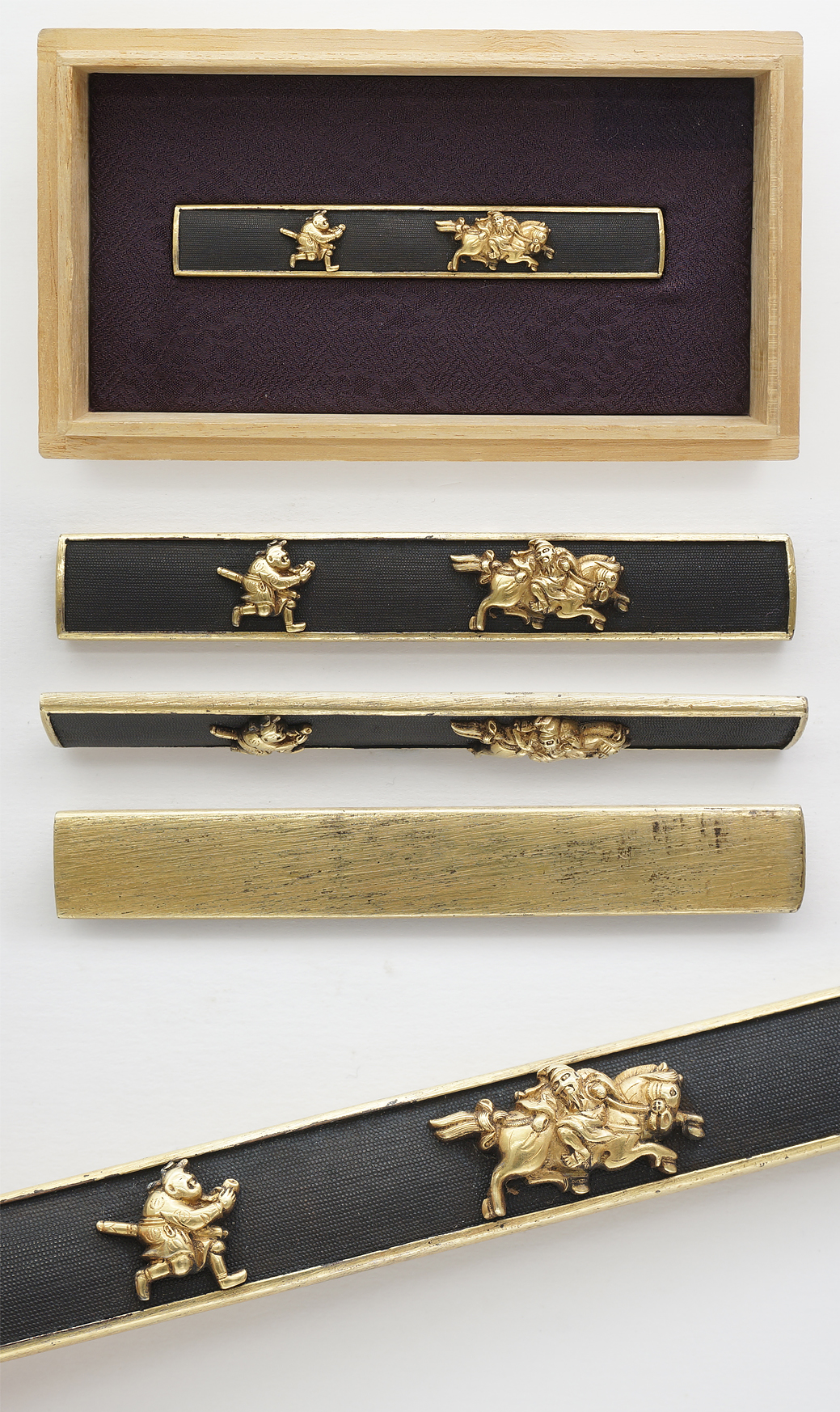 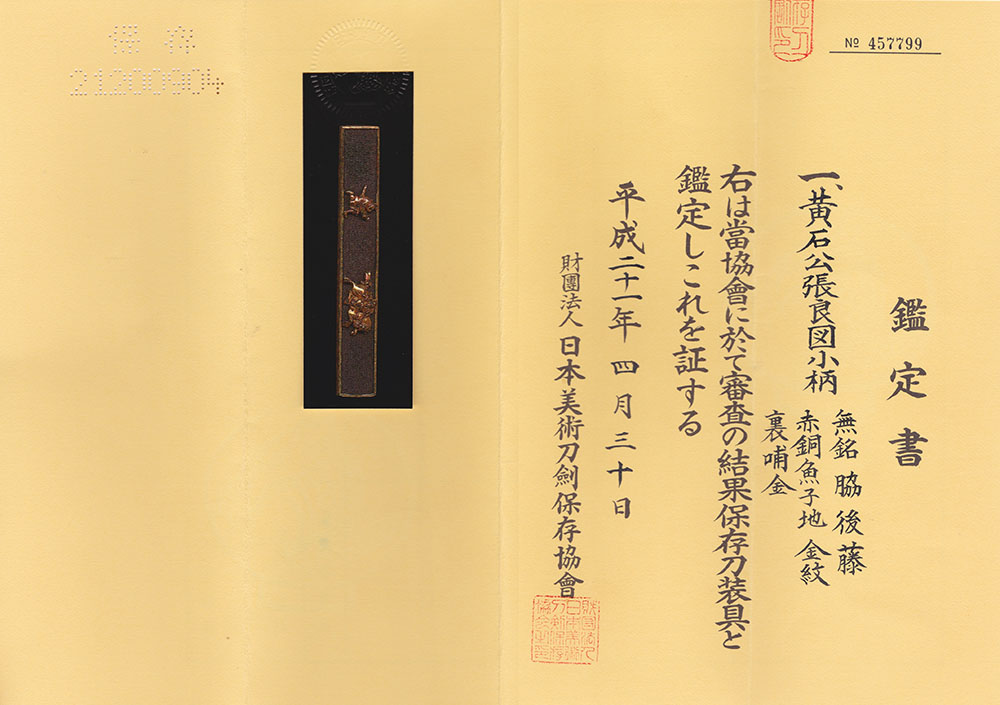