Special Feature: Iron Tsuba, Saihai baton and conch shell are engravd with open work.
Yagyu Tsuba is a variation of Owari Tsuba first created by Yagyu Toshikane.
It is said that secrets of Yagyu marcial arts are the motif of Yagyu Tsuba.
The second Daimyo of Owari domain and also the student of Yagyu Toshikane.
Pile up some plates so you can see the the surface of mimi has some lines .
Yagyu Tsuba is big different from other iron Tsuba including Owari and kanayama.
So please look at the Mimi whether it has lines or not.
Generally Yagyu stub is brown color with red small color convined strong feeling smaller Tsuba. 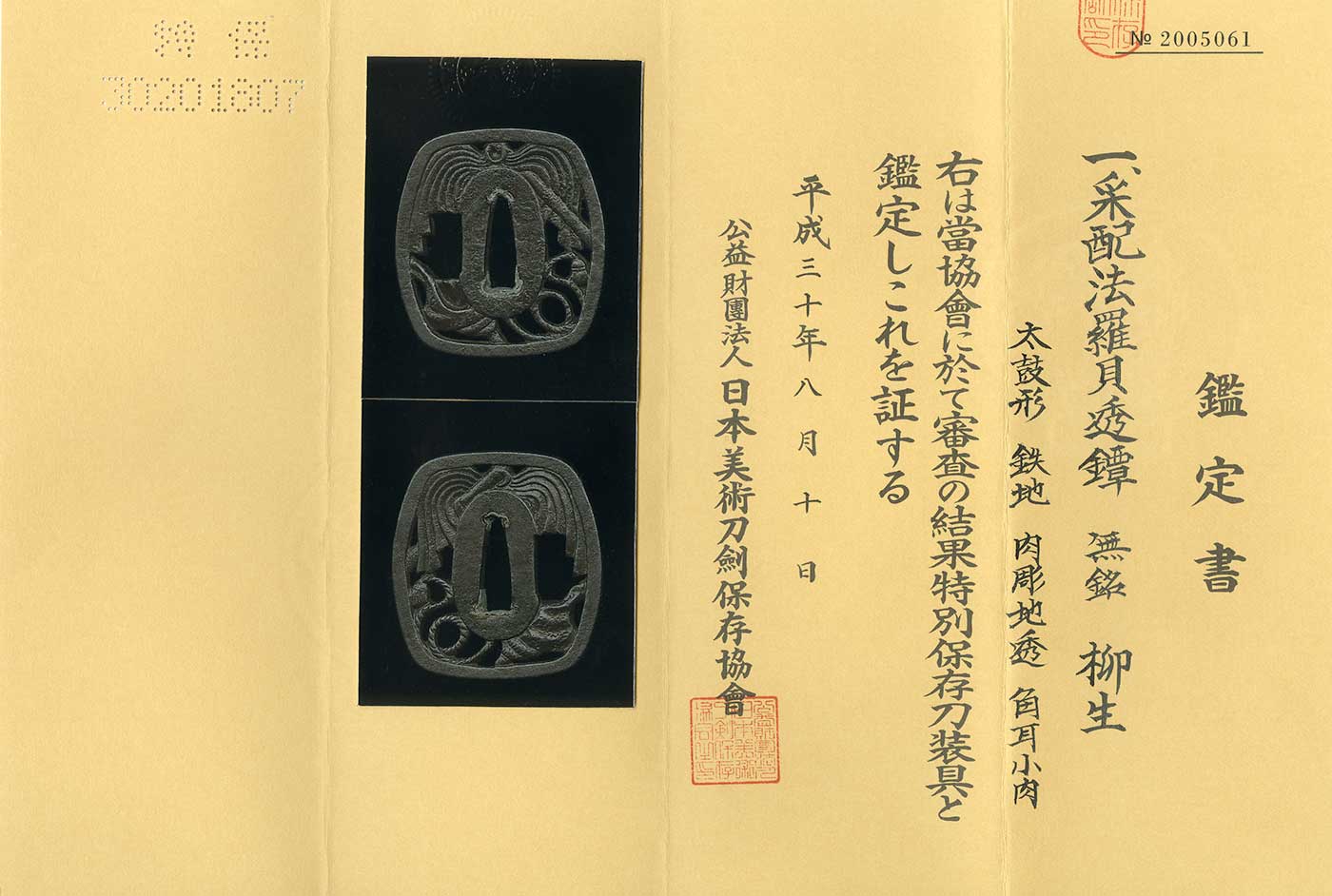