Shinto: Josaku: Musashi
(We divide 4 sections for each sword as Saijyo saku, Jyojyo saku Jyo saku and regular
saku)
This sword belongs to Jyo Jyo saku ranking.
habaki: Gold foiled double Habaki
The blade was polished.
Blade length:47.0cm or 18.50inches.
Sori:1.1cm or 0.43inches.
Mekugi:1
Width at the hamachi:2.96cm or 1.16inches.
Width at the Kissak:2.03cm or 0.79inches.
Kasane:1.1cm or 0.43inches.
The weight of the sword:490grams
Era: The Kanbun era, the Edo period
Shape: The blade is broad and thick with normal Sori and longer Kissaki.
Jigane: Koitamehada is grained well. Jigane is clear and Hadame is thick.
Hamon: Niedeki Gunomemidare with slightly deep Nioikuchi. and Gunomemidare keeps
going. Boshi turns back round and ends with Yakisage.

Special feature: We have two Yasutsugu the 3rd: Edo and Echizen. Yasutsugu the 3rd of Edo is a direct son of the 2nd generation. He was named Umasuke, and later Ichinojo. After his father passed away, a family feud occurred and they decided Umasuke as the 3rd of Edo, and Shirouemon, the brother of the 2nd as the 3rd of Echizen to solve the problem. He passed away in new year’s holiday in Tenna 3. He communicated with many swordsmiths in Edo and sharpened his skill very much enough to make great works which we have today.

From Aoi Art: This Mei is very rare, we have never seen this like this before, engraving Aoi Mon on both sides. We have no idea when these two Aoi Mon are engraved specifically, so it could have been engraved a while after, though. Hamon is Gunomemidare with deep Gunomemidare: which is also very rare for Yasutsugu the 3rd of Edo. Probably he met many swordsmiths in Edo and was influenced by them. We truly
recommend this rare work to you. 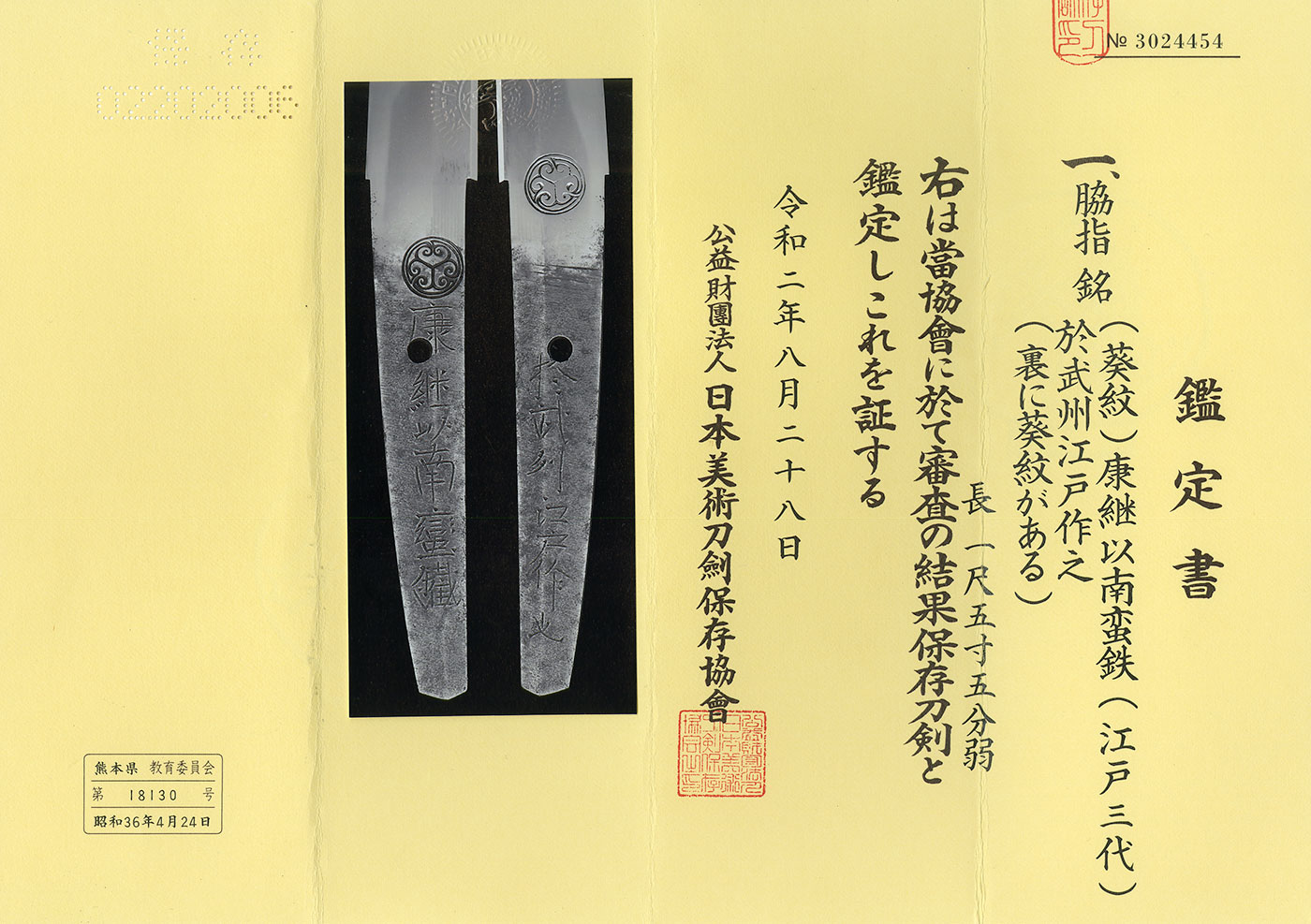