Special feature: Naotane was born in Dewa Province and Yamagata in Anei 7 and called her real name Syoji Minobei and Taikei. In around Bunsei 4, he received Chikuzen Daijyo, and in the first year of Kaei, he
received Mino Kami. After serving Akimoto Daimyo, he was introduced to Suishinsi Masahide with Hosokawa Masayoshi and is said to have become independent around the first year of Bunka. He died on May 7, Ansei 4.
Naotane embarked on three long journeys in his later years to produce swords in various places. Many works such as the visit to Ise Jingu, So-syu Ninomiya Izu Mishima Taisha, Shuzenji, Enshu Hamamatsu, Ise Hisai,

and Ise Uchi are produced.

From Aoi Art: Taikei Naotane, who has various abilities, produces
swords in various places because there were sword makers in each area that provided a place to produce Japanese swords. It seems that the swordsmiths in each area were quite closed and had an extremely
narrow consciousness of not teaching techniques, but Naotane was able to freely produce Tamahagane by instructing fine Jigane including iron sand on the spot. It is thought that it was made. However, the power of Suishinshi Masahide, who was a master of Naotane, may have been outstanding.
Naotane excels especially in So-syu den and Bizen den, and also works well in Mino den and Yamashiro Den.
At first glance, this work is very similar to Ouei Bizen and Morimitsu, and the result is very good. 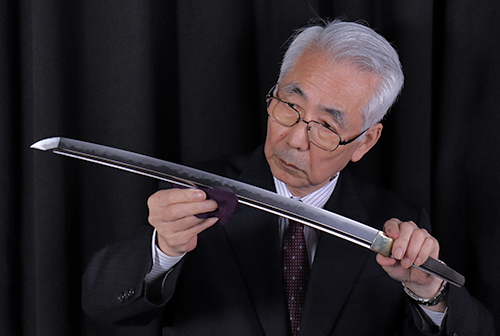 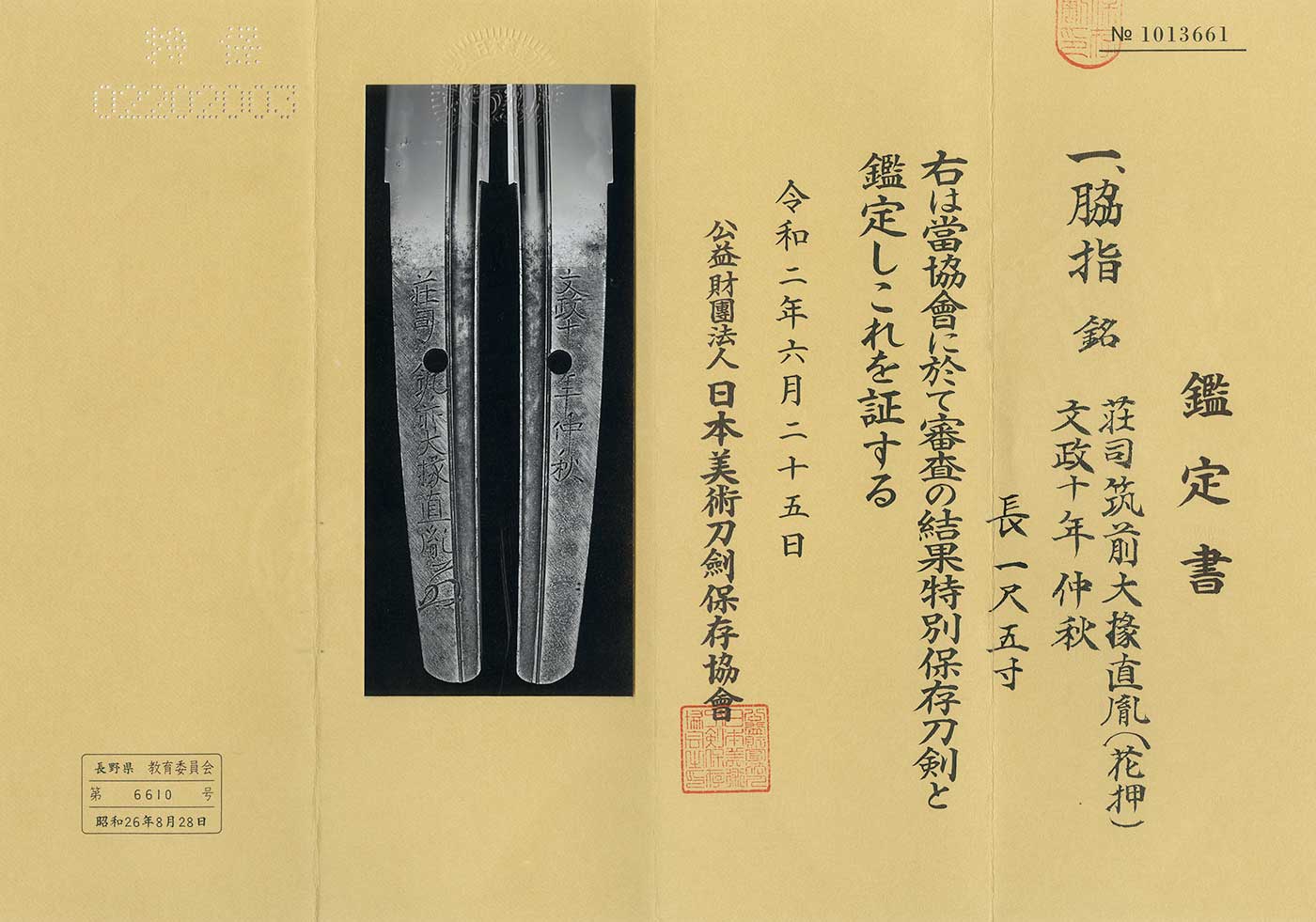