Special Feature: Miyoshi Nagamichi the 1st gen was the first son of Miyoshi Nagamasa,
after his father died he learned from one of his father’s student, Nagatoshi. He was 16 years old at that time.
His smith name was originally Michinaga, but he changed it when he received the title of Mutsu-Daijo in 1659.
He respected Kotetsu so much that his sword is reminiscent of Kotetsu sword and he was called Aizu Kotetsu.
He was rated to Saijo Owazamono, his swords were very popular among Samurai in Aizu area for its cuttings ability.
When he’s in Edo city, he had his swords tested by Yamano Hisahide, and achieved good results,
his swords made at that time often have Saidan-mei.
In the cutting test book called Kokonkajibikou,
the cutting tester Yamada Asaemon raked Miyoshi Nagamichi as one of his top 12.
After he died in 1685 at the age of 53, his name was succeeded through 9 generations.

From Aoi Art: What makes this sword special is that the sword has Uramei
of Enpo 4 Hinoetatsu 8 Gatsuhi. Generally speaking, a sword with Uramei is made better than a sword without Uramei.
There’s a Homarekizu on the Shinogi-ji, but it’s not so serious.
if anything, I consider it as a proof that sword saved the owner’s life.
This Hamon really resembles that of the Hane-Tora era Kotetsu’s swords.
It really makes sense that why his swords were very popular among the Samurai, this is the very recommendable sword. 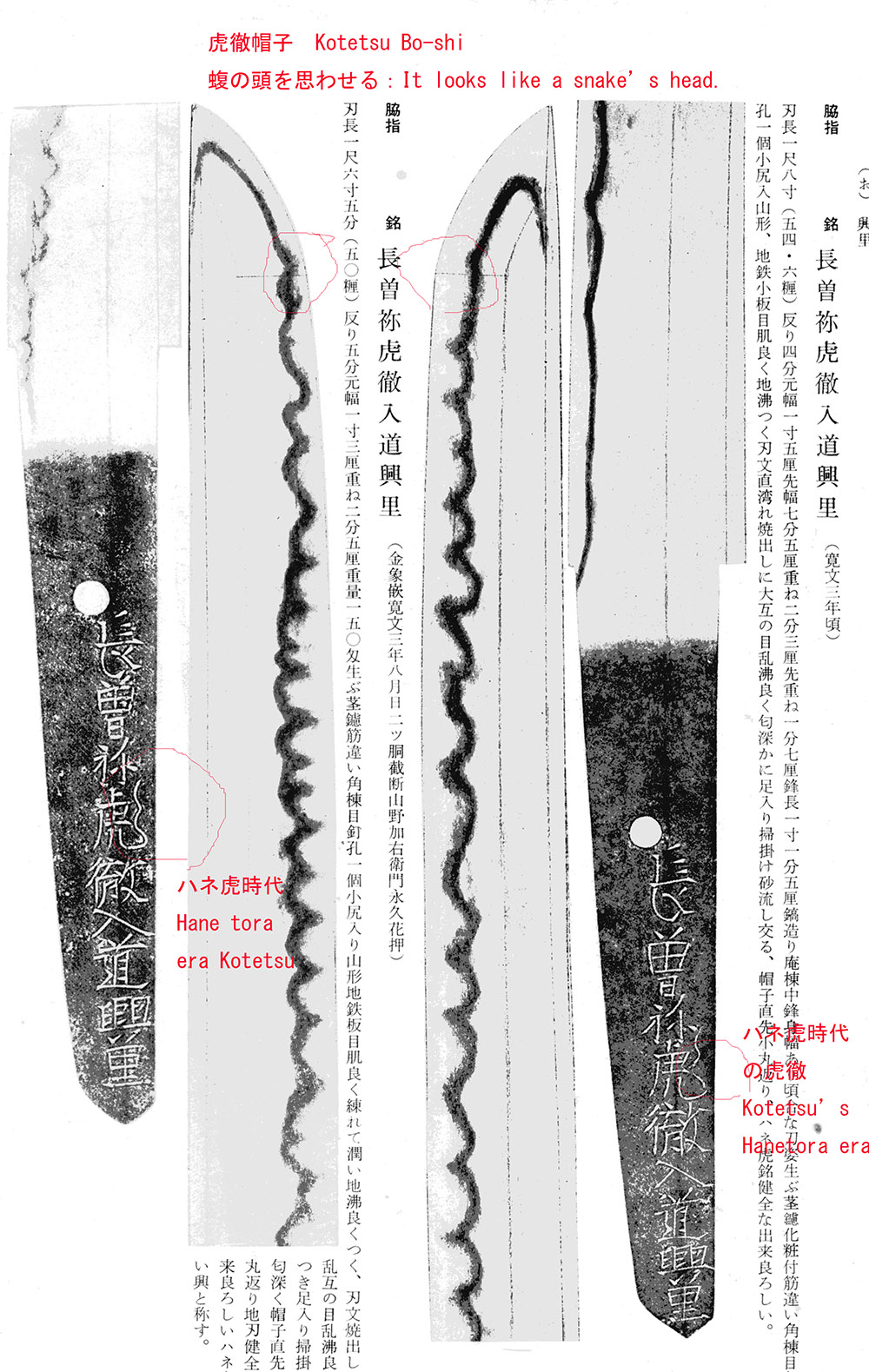