Special feature:Unsho, Unji and Unju lived and forged sword
at Ugai in Bizen province. From the same First Chinese character used
their signatures, they are called Un-rui, means in the category of Un.
They are also called Ukan school from the neme of a place they lived.
One theory holds that Unji was a son of Unsho.
Three dated swords of Unji forged in the Showa era (1312-) ,
Bunpo era (1317-) and Kenmu era (1334-) still survive
and they make clear the period of his activity.
There are several different points on the workmanship
of Un-rui among the swordsmith schools in Osafune province
at that time intermixing Yamashiro style in Bizen-den and influenced
by the neighboring Aoe school in Bishu province, was truly unique.
This katana is an outstanding one judged as Unji.
It shows striking features as the above-mentioned,
keeps good condition and there are many points worthy of appreciation.

From Aoi Art : This sword is O-suriage Mumei and judged
as Bizen Ugai school. On the Jigane, clear Utsuri is visible.
There are 2 kinds of work in Inji, one is very elegant quiet Hamon just Suguha and small ash. and another one is very active like this sword which is very active Hamon. It’s a work that compares favorably with the Juyo Token. Also the Habaki is a very special one, we never seem this kind of interesting and artistic Habaki. We strongly recommend this sword. 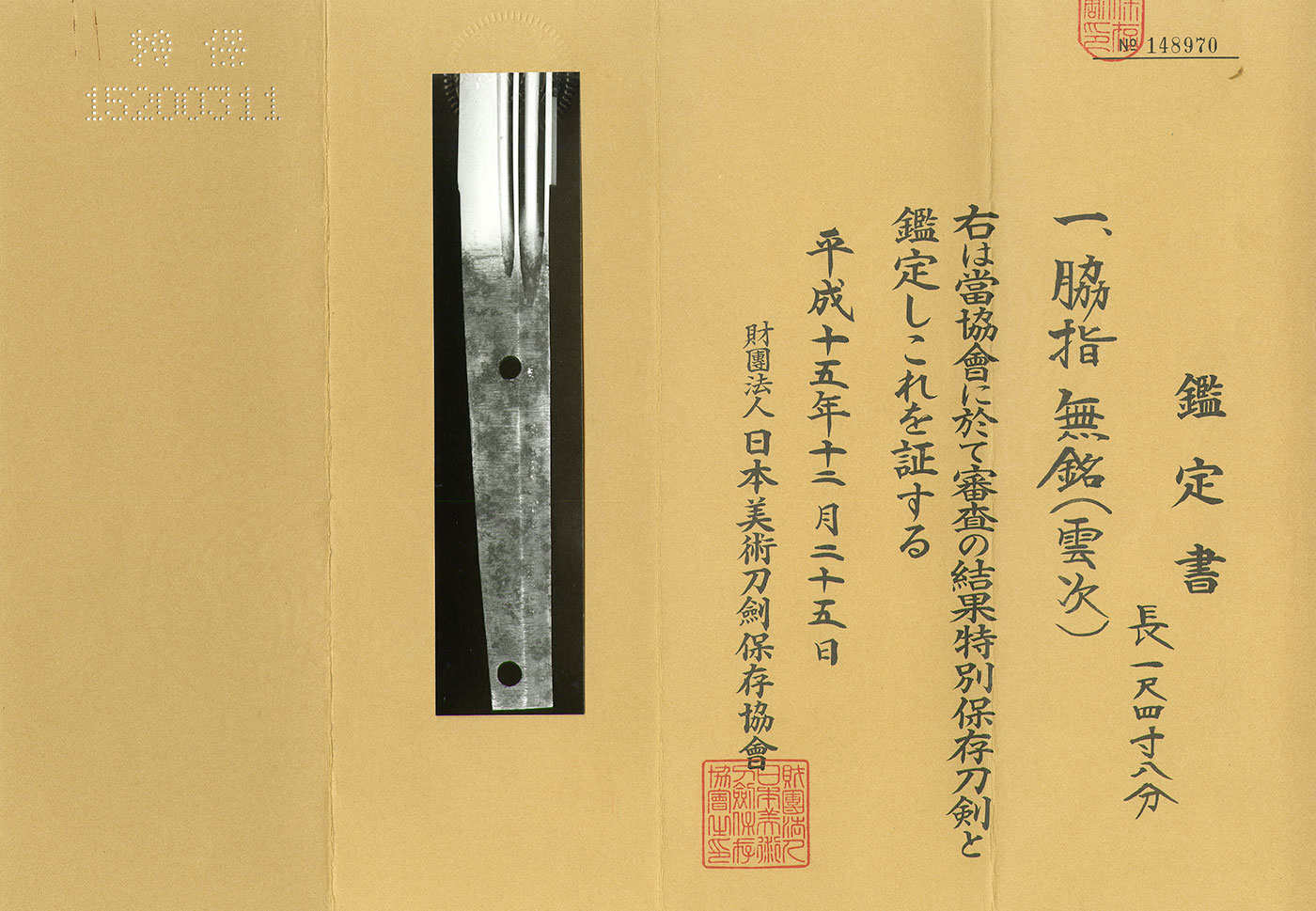