Special Feature : Kaneshige was a swordsmith from Musashi province, he moved to Edo city around the beginning
of Kanei era and 3 years later he received an honorable title of Izumi Daijo followed by another title Izumikami.
but he changed it to Kazusanosuke after he became an apprentice of Todo Izuminokami Takatora.
The 1st generation died around the beginning of Manji era, and the 2nd worked in Sendai and Seishu(Mie pref today).
The 3rd received the title of Kazusanosuke in 1703, but he inscribed Izunomikami for the orders from Sendai,
Uwajima and Ichinoseki area. He was renowned for making well sharpened swords, and some of his swords are designed as Juyo token.
The legendary swordsmith Miyamoto Musashi was a fan of his sword.

From Aoi Art : This sword has Saidanmei of Yamano Kanjuro Hisahide, cut two bodies.
The blade is wide. The Jigane is clear Ko-Itame hada. The Hamon reminds of Kotetsu.
It is difficult to find the sword which has cutting test recently. We recommend this Wakizashi for you. 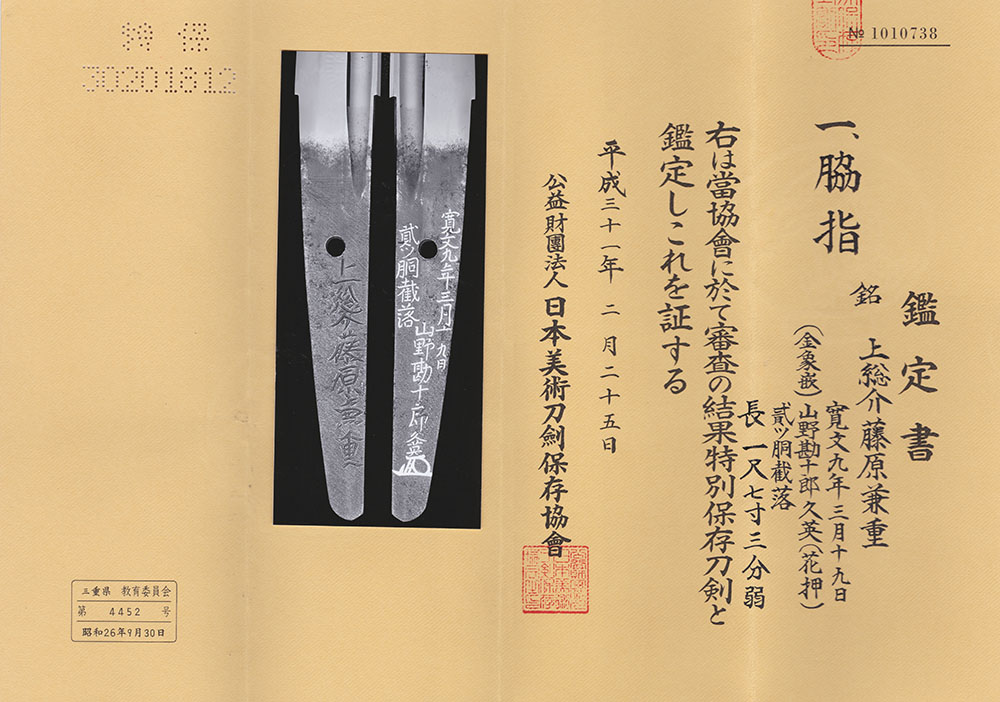