(We divide 4 sections for each sword as Saijyo saku, Jyojyo saku Jyo saku and regular saku)
This sword belongs to Jyojyo saku ranking.

Special Feature : Kawachi-kami Kunisuke the 2nd generation is called Naka Kawachi, which literary means middle Kawachi, since he was in between the 1st and the 3rd generation.
He made many swords with sophisticated Hamon so that some collectors refer him to Shinto Ichimonji.
He was active from the Keian to the Genroku era, died in sometime in August, 11 of the Genroku era(1698).
He is well known for developing Kobushi-Choji Hamon, which resembles the clenched fist, and his style has been really popular since back in the day.

From Aoi Art : Kawachi-Kami Kunisuke was one of the most notable swordsmiths in Settsu province during the Edo period.
His style is similar to Higo-kami Kuniyasu, Yamato-kami Yoshimichi, and Ikkanshi Tadatsuna.
Like Yasusada, Kawachi-kami Kunisuke the 2nd generation’s swords have usually a shallow Sori but that of this sword is deeper.
This sword has plenty of nice Ashi and the Koshirae looks really splendid.

Historical Background : As the demand for Japanese sword decreased, many swordsmiths competitively had to make a lot of effort to make the good swords. 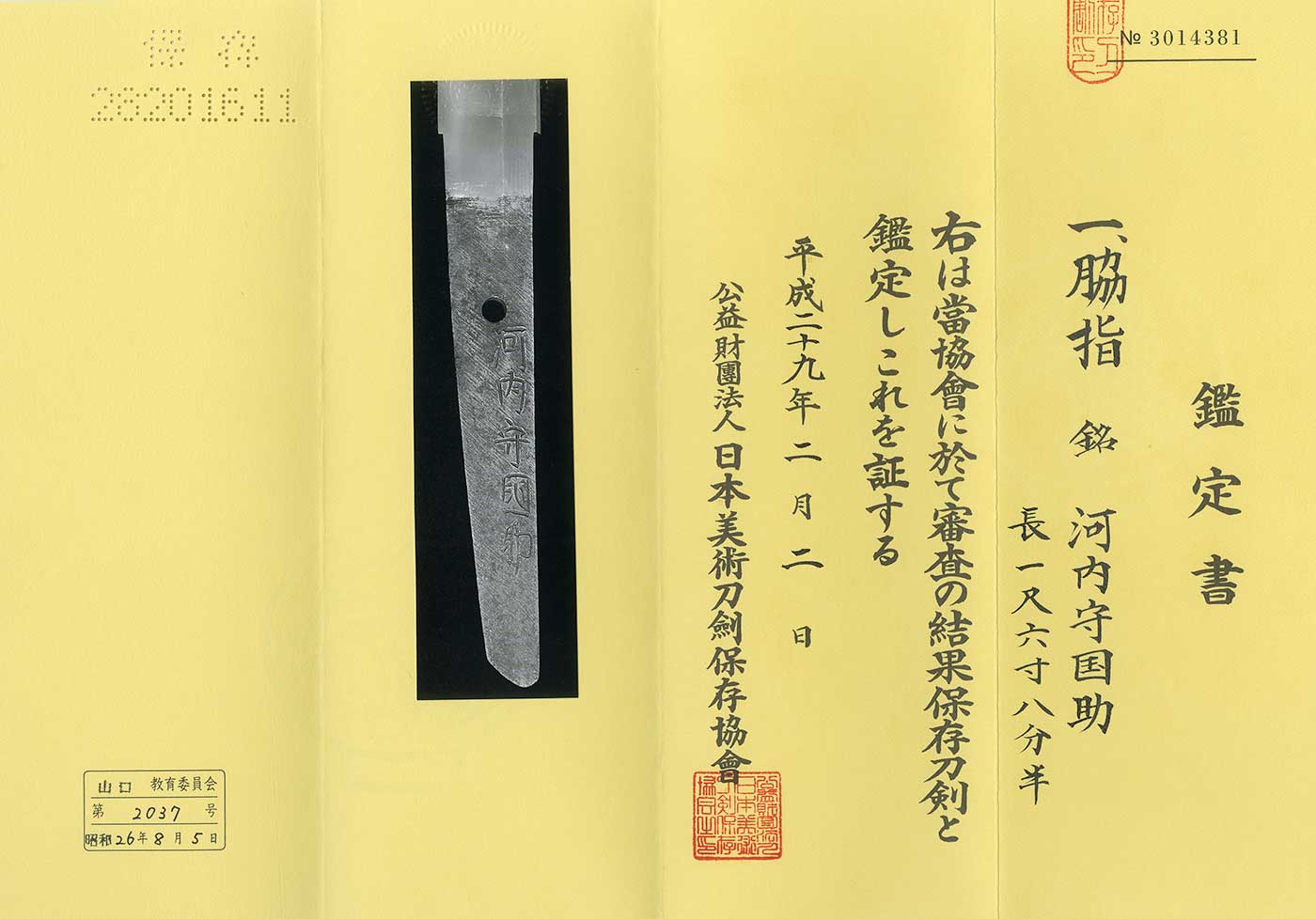