Shinto:Saijyo Saku:Settsu
(We divide 4 sections for each sword as Saijyo saku, Jyo-jyo saku Jyo saku, and regular saku)
This sword belongs toJyo-jyo Saku ranking.
The blade was polished.
Habaki: Silver single Habaki and gold foiled single Habaki
Blade length:47.0cm or 18.50inches.
Sori:1.1cm or 0.43inches.
Mekugi:1
Width at the hamachi:2.98cm or 1.17inches.
Width at the Kissaki:2.03cm or 0.79inches.
Kasane:0.67cm or 0.26inches.
The weight of the sword: 480 grams.
Era: Edo period, Kanbun 5.
Shape: The blade is rather broad and slightly thick, has a longer Kissaki.
Jigane: Koitame-hada very well getting close, Jinie is attached to be a beautiful Jigane.
Hamon: Niedeki Suguha, Niju-ba works, Boshi is round with deep Nioikuchi, and ends
with Hakigake style.

Special Feature: Inoue Shinkai is the second son of Izumi Kami Kunisada(1st generation). His childhood name was Hachiroubei and after the death of his father, he succeeded to the 2nd generation, passed away in November, Tenna 2.
Inoue Izumi Kami Kunisada is the former Mei of Inoue Shinkai. He
changed his Mei 7 years after he had made this sword. Shinkai
presented his sword to the government and was given the
Chrysanthemum Crest by winning that prize. After that Shinkai’s
works have Chrysanthemum Crest engraving on Nakago.

From Aoi Art: This work has the front Mei of Inoue Izumi Kami Kunisada and the back Mei of Chrysanthemum Crest with the date: February, Kambun 5.
Jigane is a typical beautiful Osaka Jigane. Later Inoue Shinkai and
Tsuda Echizen Kami Sukehiro started to be regarded as the two best authorities of Osaka Shinto. This is a well-maid Suguha with former Mei of Inoue Shinkai with beautiful Koshirae, which we truly recommend for you. 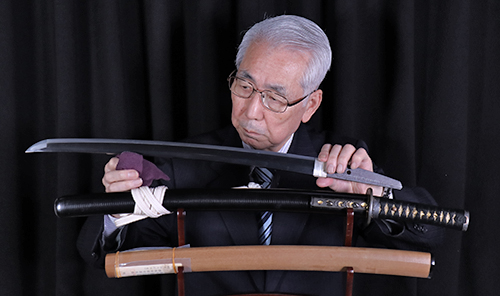 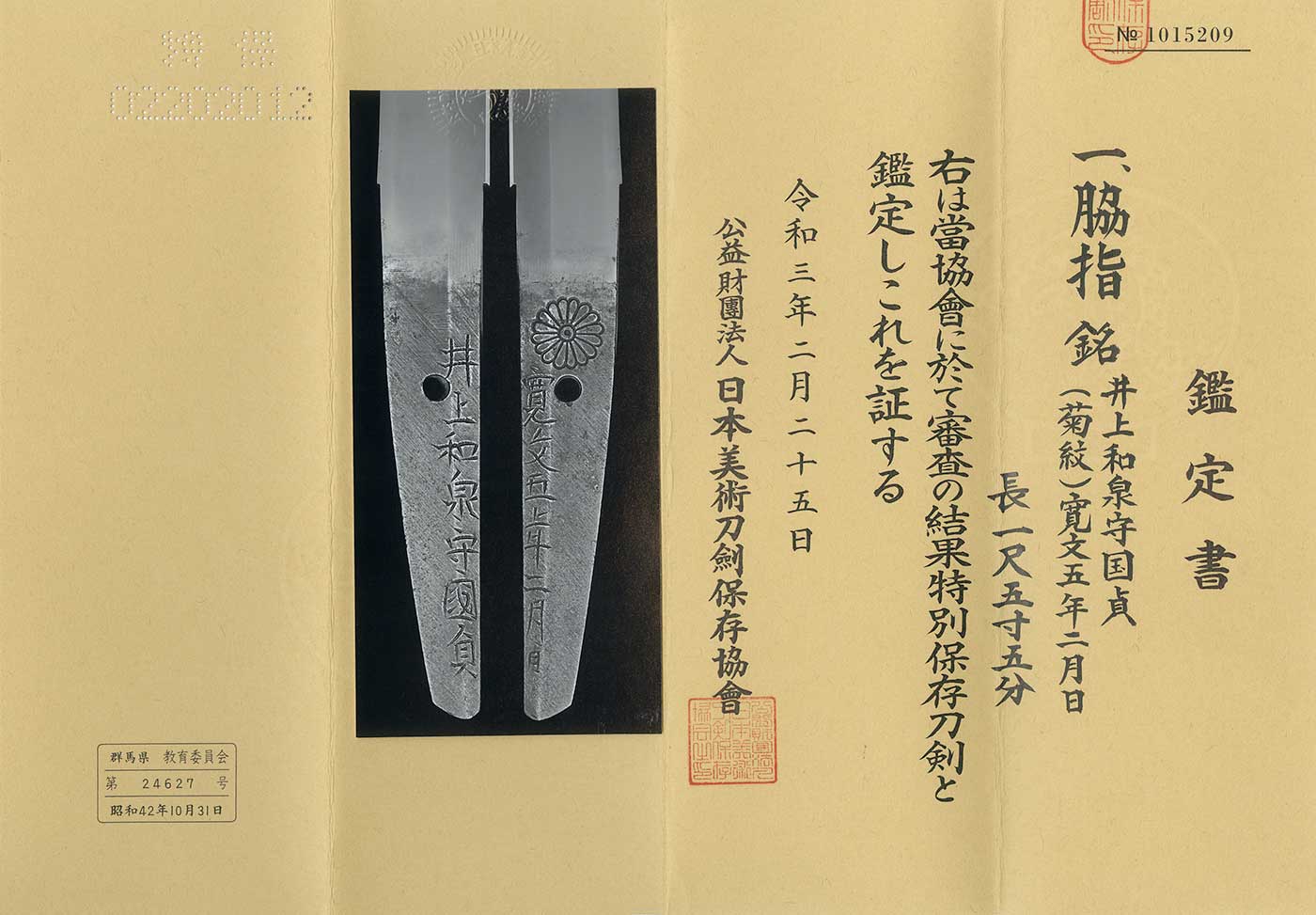 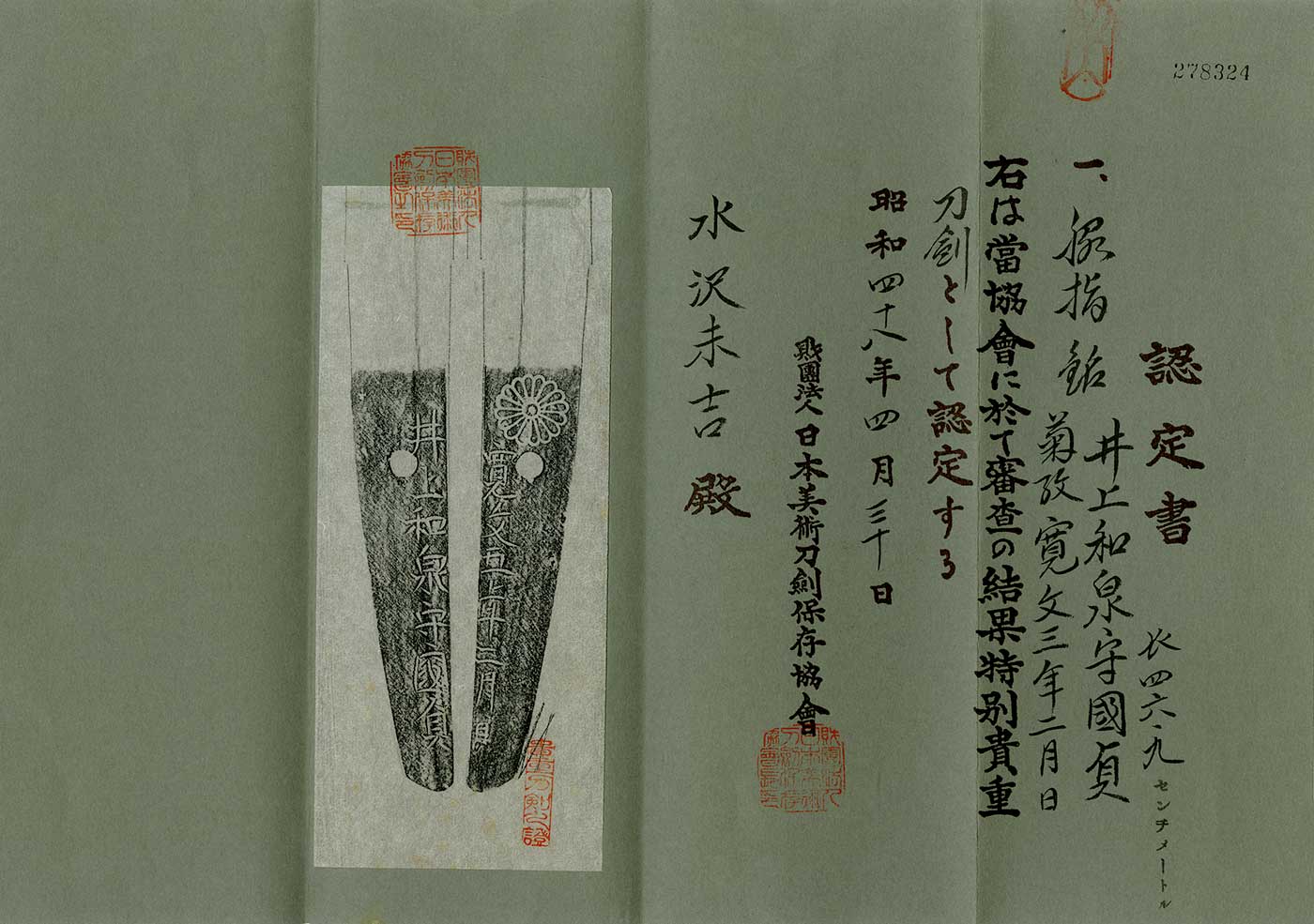 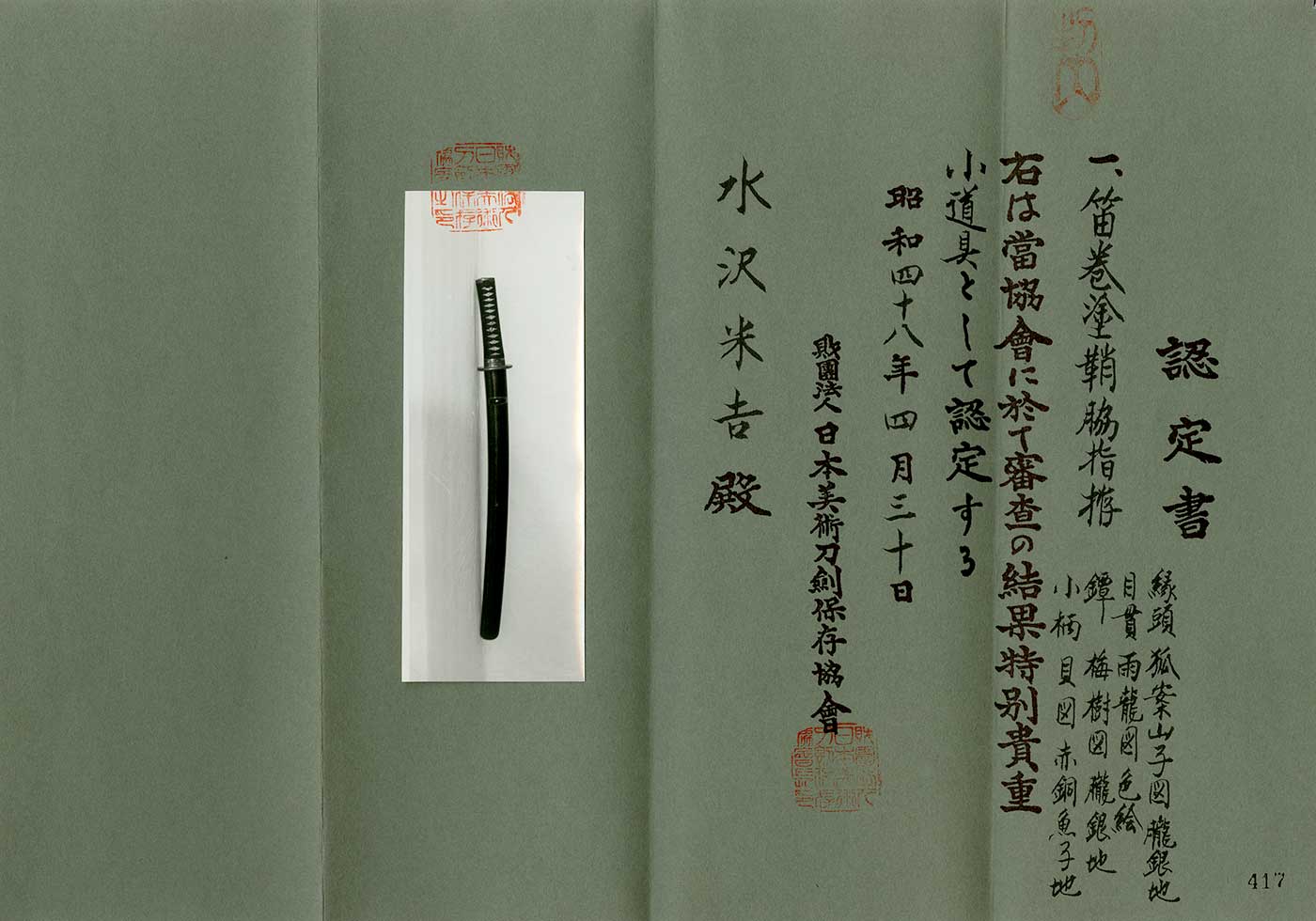