Special feature: Oddly-shaped iron Tsuba. A bush warbler on plum blossoms is engraved with openwork. The color of iron is beautiful.

The Akasaka School is said to be a sect that migrated from Kyoto to Akasaka, Edo, in the early Edo period. The first three generations of the school, Tadamasa I, Tadashige II, and Tadatora III, did not have works inscribed with their signature, and it was not until the fourth generation, Tadatoki IV, around the Genroku era, that works inscribed with their signatures existed, including one inscribed “Bushu Ju Akasaka Hikojuro”. From then until the end of the Edo period, the legitimate lineage took the name Tadatoki.
The author of this Tsuba, Tauemon Tadashige, was studied under Tadatoki IV, and in his later years, he was a man of longevity known by the signature, “At the age of 84, by Tadashige,” and his skills are praised as being among the best of the four to nine generations of Akasaka Tsuba craftsmen. This work is late work by Tadashige at the age of 83, and he succeeded to produce a really beautiful scenery on Tsuba. 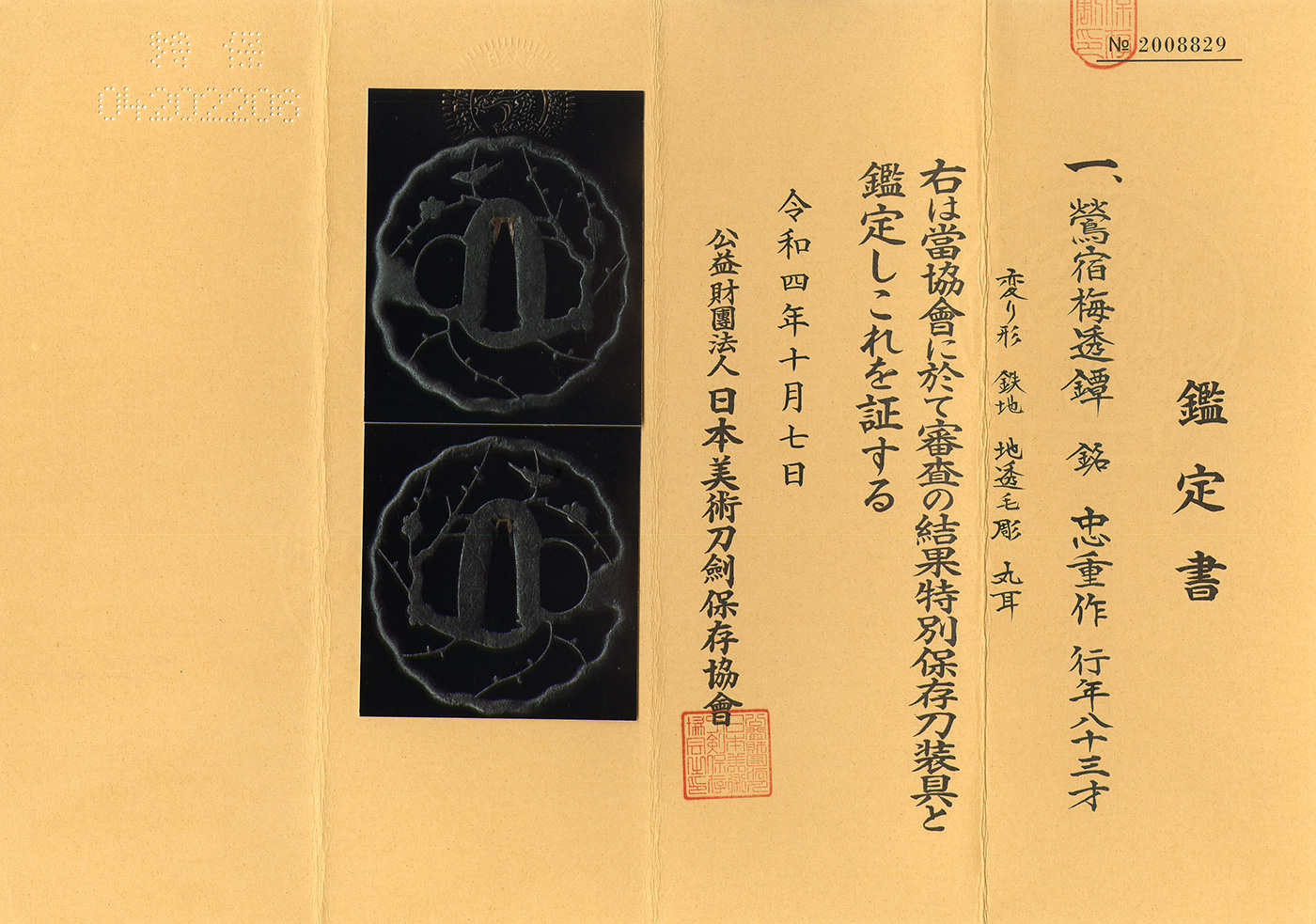