Special feature:6 chained Mokko shaped iron Tsuba, Kazura-bishi(japanese traditional diamond inspired by shape of kudzu‐vine) is engraved with openwork. Kazura-bishi chains are inlayed with gold color. The rim is round.

Kazura-bishi pattern is one of a Higo-inlay style which was invented by a metal smith group made by Hosokawa Tadaoki: a Daimyo and a man of culture who has introduced the tea ceremony of Sen No Rikyu in early Edo period, and it fits mildly well to the tempered iron surface with its abstract gold/silver patterns and gives an elegant atmosphere. Especially the chains of Kazura-bishi are called “Kazura-bishi Tsunagi” and this pattern was often used by Hayashi school as their speciality.

2 Kazura-bishi patterns, one of which is made by largely engraved with openwork, the other of which is made by a delicate gold inlay-work, will make your sword far more fascinating with its deep tone of the iron plate. We strongly recommend this Tsuba for you. 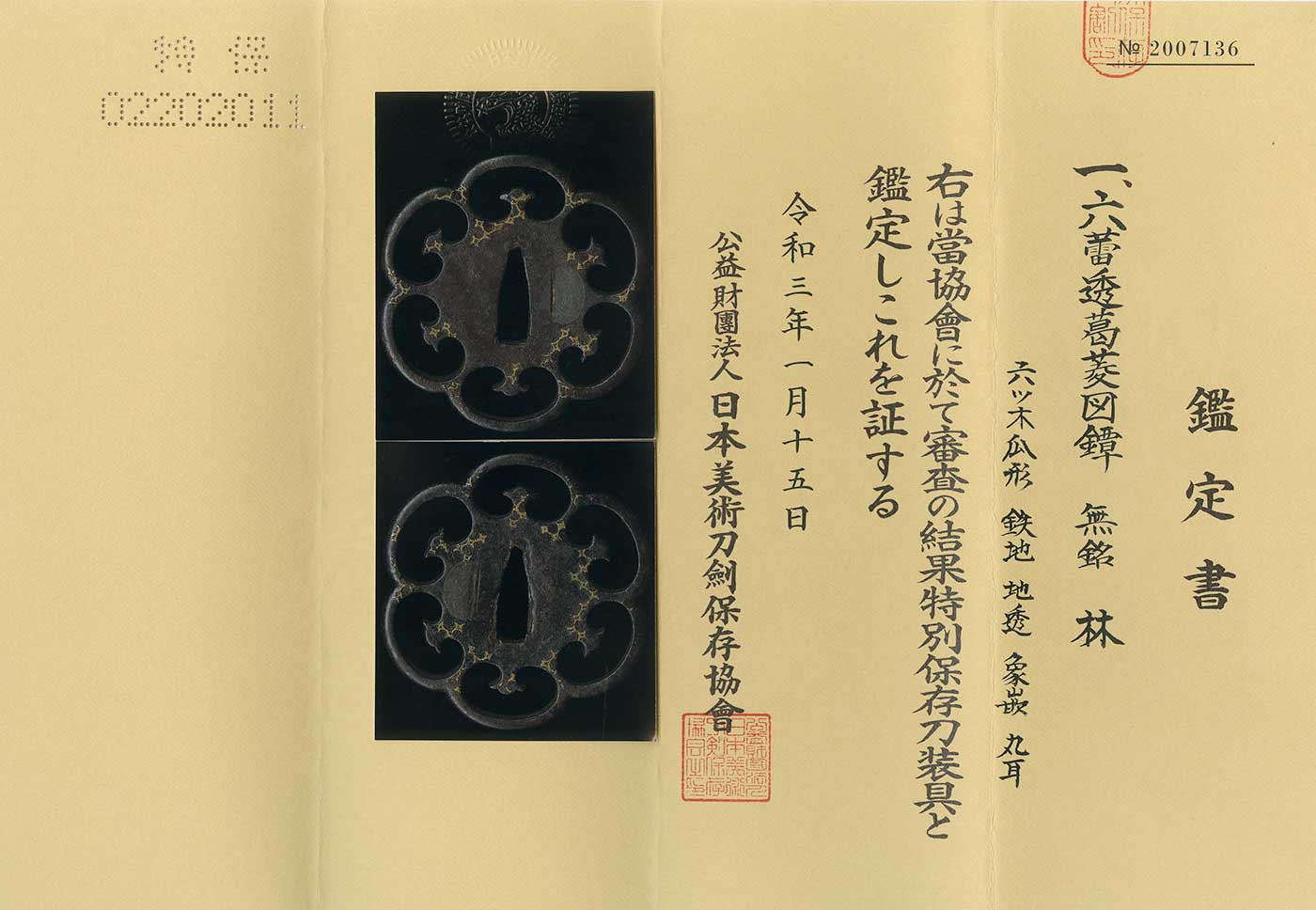