Special feature: Sanryu Masamine is a swordsmith designated as Living National Treasure, and his real name is Sumitani Yoichiro. He was born in Ishikawa prefecture in 1921. He get interested in sword making and entered Ritsumeikan University, Department of Mechanical Engineering in Faculty of Science and Engineering, and he started to train making swords in Ritsumeikan Nihonto Tanrenjo(forging place). After WW2, it was prohibited to make swords but after it was allowed to make with permission in 1953, he restarted making swords. In 1955, his work was selected to the 1st Sword-making Skill Exhibition, and after that he exhibited his works to every Exhibitions and got Excellence Award for 4 times, and won Special Prize once. In 1967, he was approved as Mukansa swordsmith, and finally in 1981, he was designated as Living National Treasure. He was good at Choji midare with Utsuri in Jigane. His Chojimidare was called “Sumitani Choji”, and looks really unique. He passed away in 1998.

From Aoi Art: This work was made 6 years after he was designated as Living National Treasure. Senju’s engraving is really beautiful. 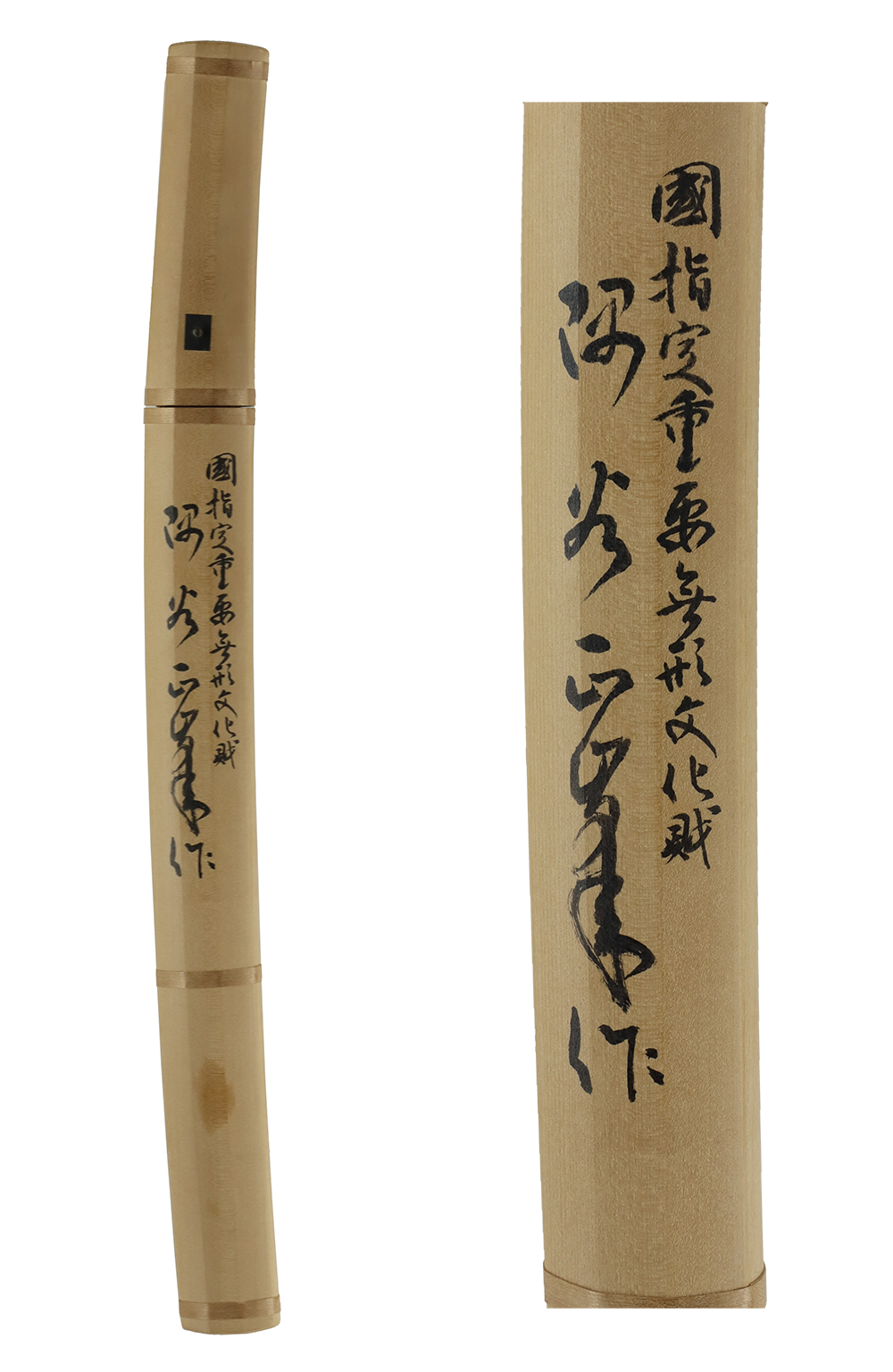 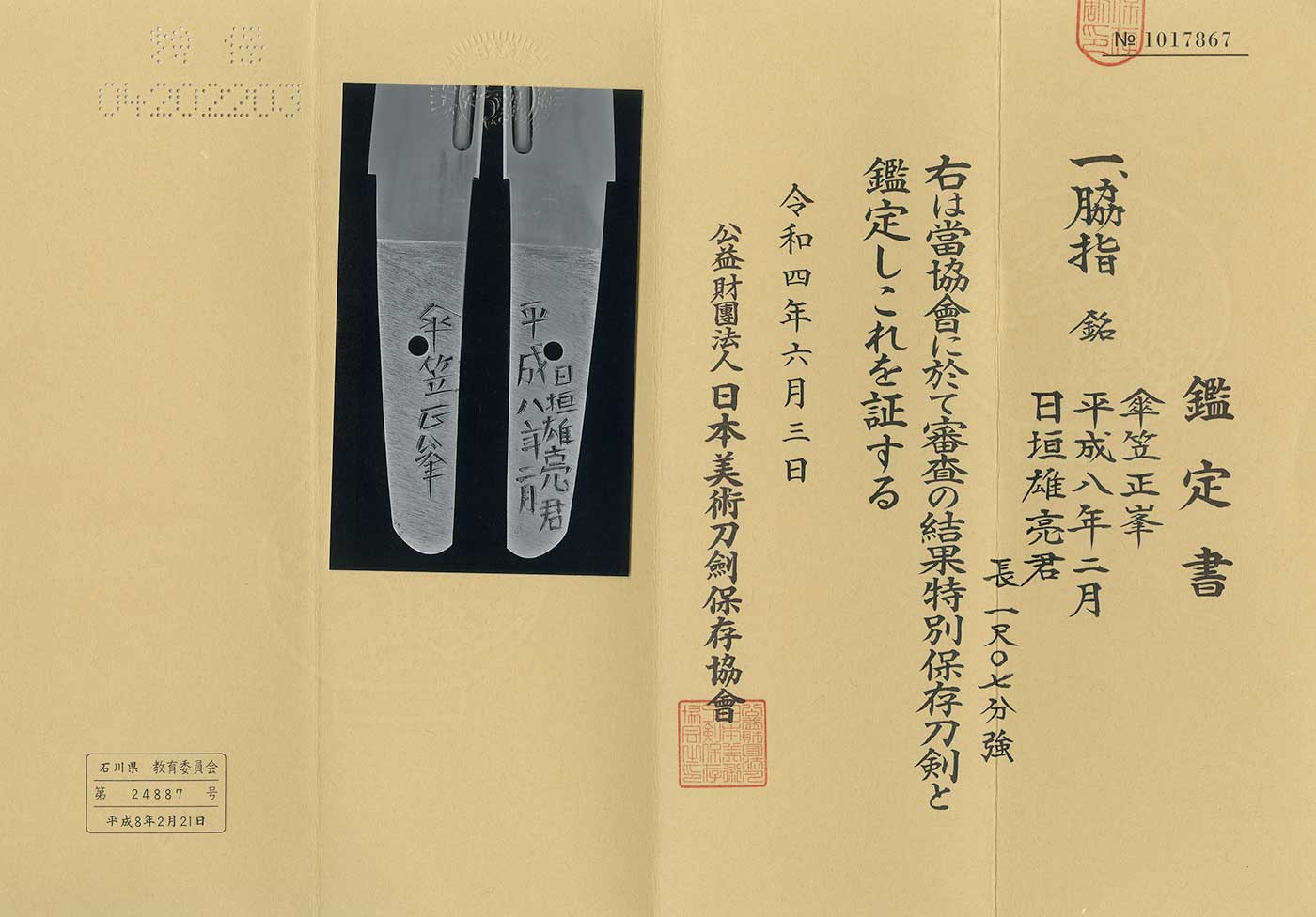