The blade was polished.
Habaki: copper single habaki.
Blade length: 16,8 cm or 6.6inches.
Sori:0.0m or 0.0 inches.
Mekugi: 1
Width at the hamachi:1.8 cm or 0.7inches.
Width at the Kissaki: cm or inches.
Kasane: 0.685cm or 0.27inches.
The weight of the sword 90 grams.
Era: Edo period Tenpo era.
Shape: small size Tanto and scrape off the sinnogi unusual shape.
Jigane: Mokume had well grained with jinie attach and bo-Utsuri appear.
Hamon: Niedeki suguha from the hamachi area and gunome midair from the monouchi and then suguha hamon.
Bo-shi is sharp round shape.
special feature: On the sword books, Nishi Munetsugu is not mentioned also NBTHK judge is not mentioned, I think It can be said to be a work that was eagerly worked on.

Koshirae :
Saya: On the black roar saya, many red-colored lines are painted.
Tsuba: Iron hamidashi Tsuba.
Menuki: I think a Dokko is engraved with gold color by syakudo plate.
Fuchikashira, Kijiri: On the copper plate some design is engraved.

From Aoi Bijyutsu: The Tanto is a small size active tenper line with Bo-utsuri appear. The tanto is suitable for marriage Tanto in the samurai world, it was customary to hand a Tanto to a daughter when she married another.In the world of samurai, when a daughter married to another house, she had to be prepared to bury her bones in another person’s house. This Koshirae is missing Kozuka and Kogai but simple nice Tanto Koshirae.

background of age: Japan is becoming an inland war and needed swords and guns. 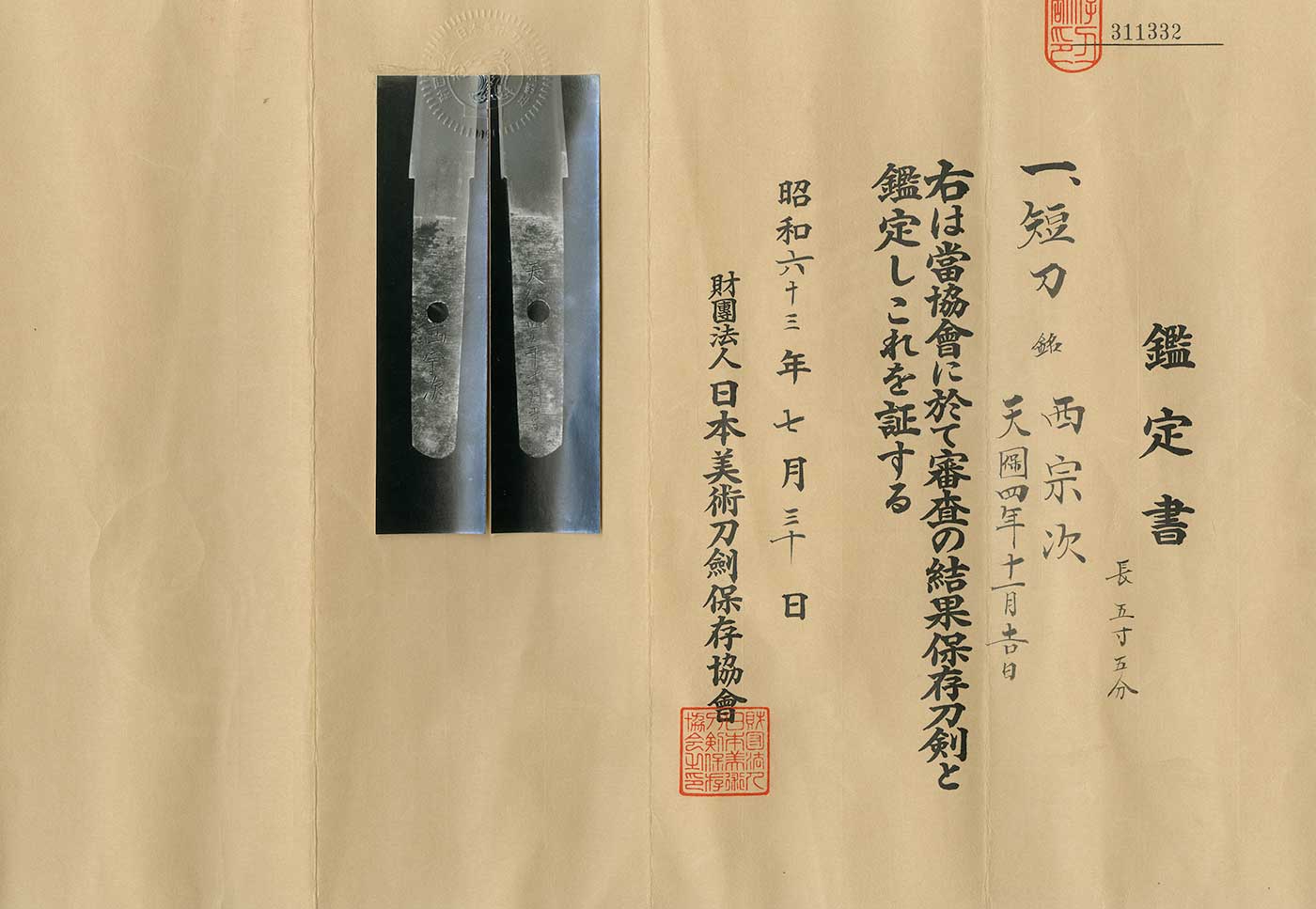