Ordering number: 22255
Tanto in Shirasaya with Koshirae in a wooden box

(We divide 4 sections for each sword as Saijyo saku, Jyojyo saku Jyo saku and regular saku)
This sword belongs to Saijyo saku ranking.
The blade was polished
habaki:Gold foiled double habaki.
Blade length : 25.7cm or 10.11inches.
Sori : 0,0cm or 0.0inches.
Mekugi : 1
Width at the hamachi :2.693 cm or 1.06inches.
Kasane : 0.733cm or 0.28inches.
The weight of the sword 270 grams
Era : Modern Times. On the 24th of July, Heisei 15.
Shape : The blade is broad as Tanto, and thick with Mitsu-Mune. Very powerful shape.
Jigane : Koitamehada is grained well with Jinie to be beautiful Jigane.
Hamon : Niedeki Gunomemidare with deep Nioikuchi. Toranba, Gunome with Ashi. Boshi turns back in a small circle.

Special feature: Kozaemon Yukihira learned sword making from his father, Miyairi Yukihira(Living National Treasure). He showed his work in 1983 at the 19th Exhibition for the first time and won Effort Prize. After that, he won Excellence Prize, Kanzan Prize, and 6 tims Takamatsumiya Prize. Later in Heisei 12, he was approved as Mukansa swordsmith. In Heisei 8, he changed his Mei from Miyairi Megumi to Kozaemon Yukihira. He set his aim of sword making to Soshuden, and now, he is still trying his best.

From Aoi Art: This work was made by him after he changed his Mei to “Kozaemon Yukihira”, and he traced Toranba of Sukehiro. Jigane is amazing, and the blade looks really well-shaped because of Mitsumune. Many people expect him to be next Living National Treasure. We truly recommend this nice piece of art to you. 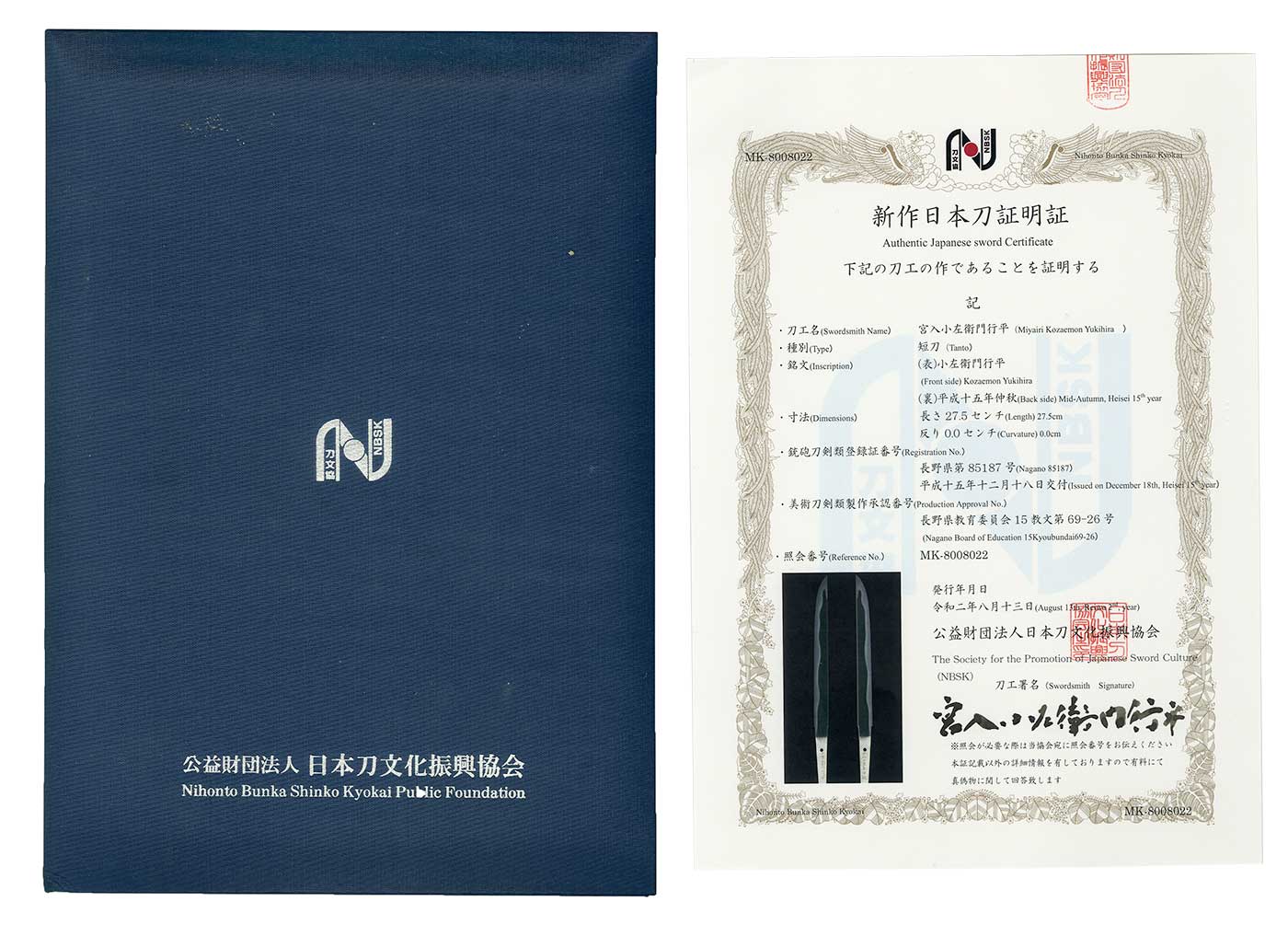