Special Feature: On this Tanto, Kasama Ikkansai Shigetsugu had done tempering and made the blade, and Tsukamoto Ikkansai Okimasa had forged it. Akimasa learned under Shigetsugu and was originally called Tsukamoto Shinpachi. He was ex Army Authorized Sword smith and got lots of awards at Shinsaku Nihonto Exhibition, such as Yushu Award, Special Award, Honorary President Award, Minister of the Navy Award, Prime
Minister Award, Minister of Education Best Award, The Army Saber Sechnology Sncouragement Institute Award, and Ise Temple Dedication Award. He learned sword-making by Shigetsugu and later got married with his daughter. He passed away in the Showa 33. His Jigane is especially great, and he had made a lot of works like Kiyomaro. Kasama Ikkansan Shigetsugu obtained the top rank of Japanese sword training place instructor of Imperial Academy’s art exhibition in Akasaka, Tokyo. He made swords for Their Majesties the Emperor and Empress. He was also great at engraving. He used square style Kanji for his Mei when he made swords as him, and when he made swords instead of somebody, he used cursive style Kanji for his Mei. He passed away on the 11th of March, Showa 40, at the age of 80. 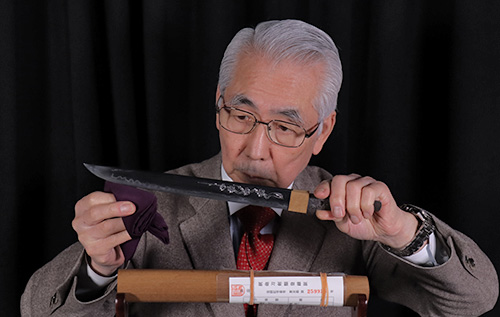 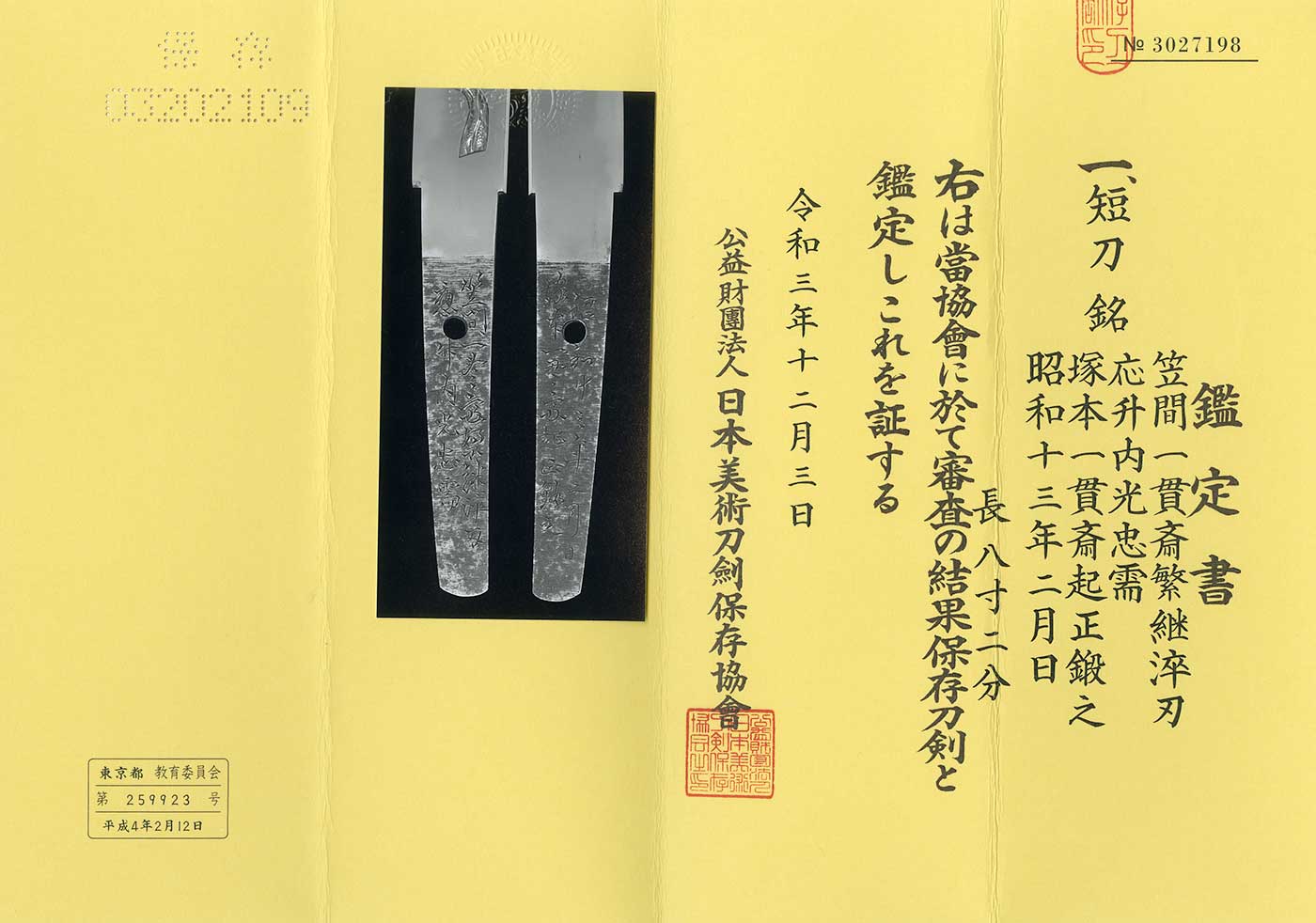