(We divide 4 sections for each sword as Saijyo saku, Jyojyo saku Jyo saku and regular saku)
This sword belongs to Saijyo saku ranking.
habaki: probably silver and gold Habaki(25g)
The blade was polished.
Blade length:22.8cm or 8.97inches.
Mekugi:1
Width at the hamachi:2.56cm or 1.00inches.
Kasane:0.5cm or 0.19inches.
The weight of the sword:175grams
Era: January, Showa 48.
Shape: The blade is slightly broad and thick. Well-balanced Tanto. There is Ububa left, a blade in a healthy condition.
Jigane: Ayasugi Hamon near Hamachi. After that, Masame is visible.
Hamon: Niedeki round Gunomemidare with deep Nioikuchi. Boshi is sharp and turns back. The tip has very deep Nioikuchi.

Special feature: Gassan Sadakazu was making swords actively from the late Edo period to the Meiji period. One of his pupils, Gassan Sadakatsu, had helped him greatly and made many works. Sadakatsu is the 2nd generation and the first son of Sakadazu. Sadakazu passed away on the 24th of December, Showa 18. The 3rd generation, Sadakazu was born in Osaka in Meiji 40. He called himself originally as Sadamitsu and exhibited his work to Osaka Art Institute Exhibition in Taisho 13. He made many of the swords for soldiers during the war. In those days he made swords instead of Sadakatsu, and his skill became better and better. Later, the sword making had been prohibited after the war and they once quitted making. After it had been approved again, he has succeeded to the 2nd generation Gassan Sadakatsu and won many prizes, and finally was approved as an important intangible cultural property in Showa 46. He spent many efforts to sword making before he died in Heisei7. Sadatoshi, the son of the 3rd generation, has also succeeded to the 4th generation, and approved as an important intangible cultural property.

From Aoi Art: Gassan Sadakazu(in the late Edo period) had been approved as Imperial art expert after the Haito Edict. His son is Gassan Sadakatsu, and Sadakatsu’s son is later Gassan Sadakazu, and Sadakazu’s son is Sadatoshi: very unique family. This work is solid and powerful with healthy condition and Ububa. Birthday is engraved on Nakago. We think that he tried to trace Samonji because there are many black Nie. Taia means a sword which can cut everything very easily. 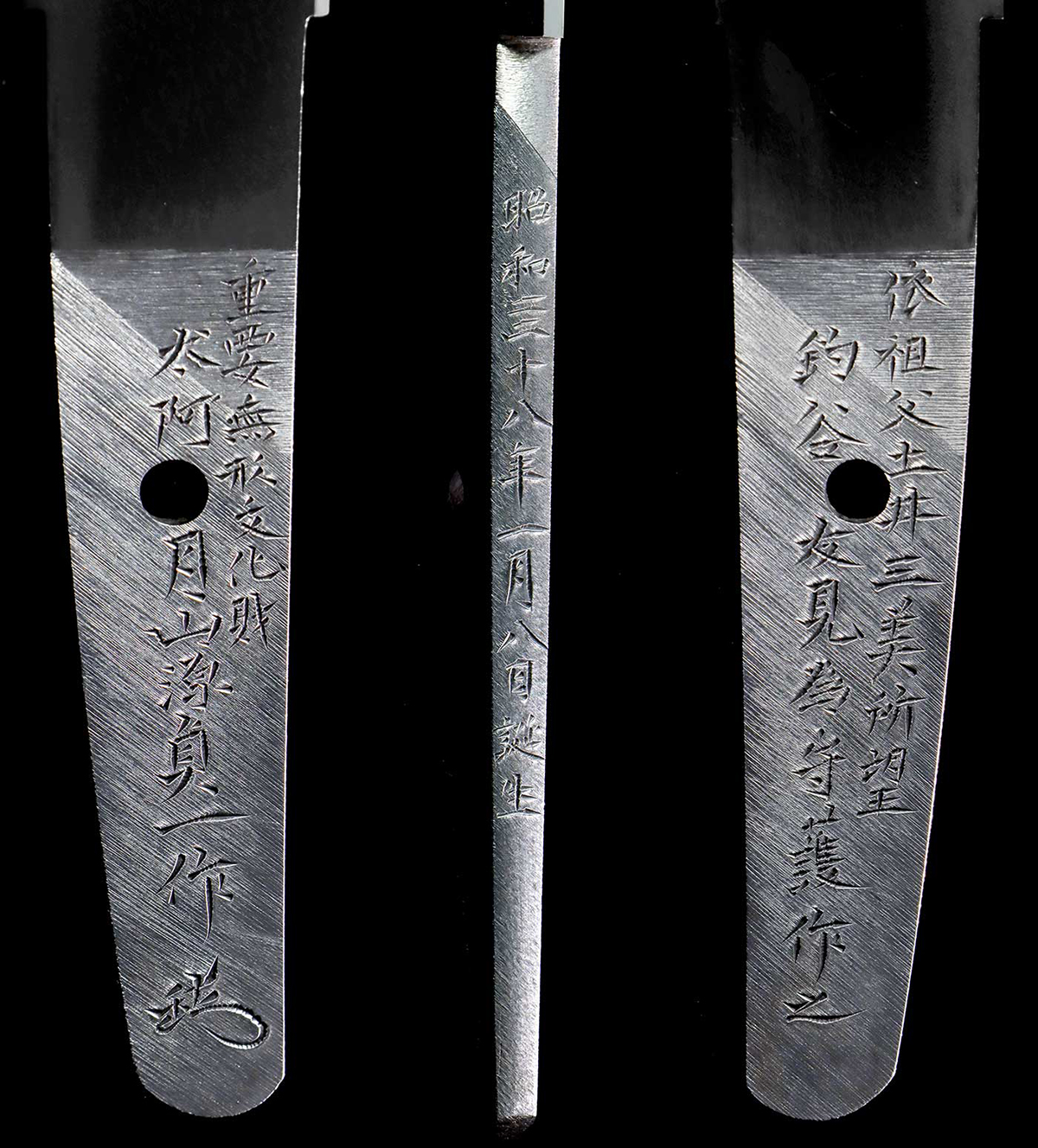 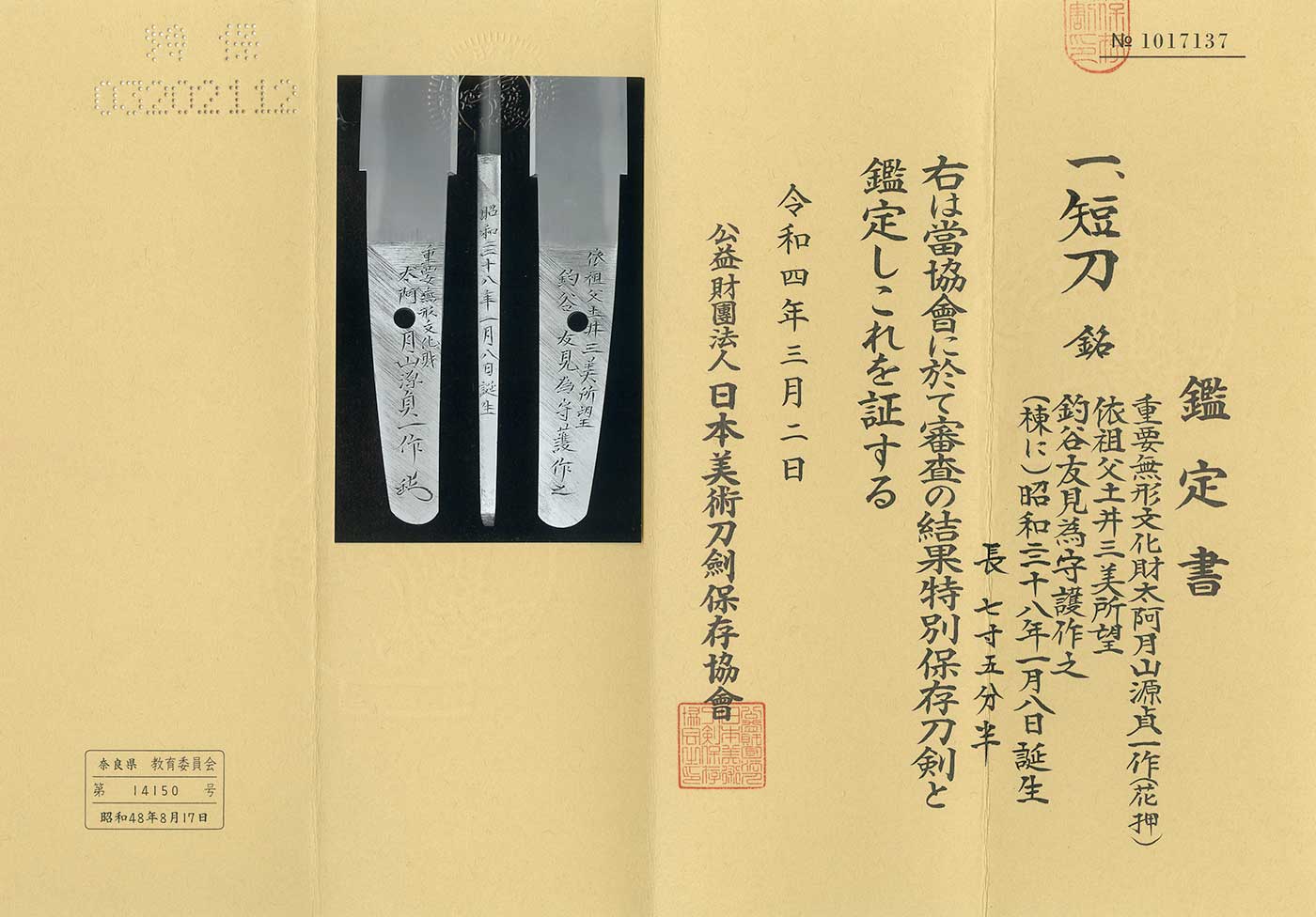