(We divide 4 sections for each sword as Saijyo saku, Jyo-jyo saku, Jyo saku, and regular saku)
This sword belongs to Jyo saku ranking.
The blade was polished.
Habaki: Silver single habaki.
Blade length:21.5cm or 8.46inches.
Mekugi:1
Width at the hamachi:2.06cm or 0.81inches.
Kasane:0.74cm or 0.29inches.
The weight of the sword:105grams.
Era: The Muromachi period
Shape: Normally-shaped blade.
Jigane: Ayasugihada is seen well.
Hamon: Koniedeki Suguha. Boshi turns back round.

Special Feature: Gassan school was from Dewa province and started from the Kamakura period to the Tenbun era, the Edo period, but suddenly it has disappeared. It is probably because it became peaceful after the war in the Muromachi period and sales of Katana had decreased severely. This is a work of Gassanhada, so to speak Ayasugihada, which are loved by many Katana fans.

From Aoi Art: This work has Ubunakago and only 1 Mekugi hole: really rare. Gassan is originally a name of mountain which is in the middle of Yamagata prefecture with 1980m height. Its form looked like a cow, so it was called Kuroushiyama. There is Gassan shrine on the top of the mountain. Gassan, Hagurosan, and Yudonosan are called as “Dewa 3 Mountains” and they were the place for the training of Apprentice. In “Okuno Hosomichi” by Matsuo Basho, there are descriptions about the remains of the Gassan forging groups. The mountain itself is believed as the body of the god, so they couldn’t use fire in the mountain, so they forged near the mountain. There is Sagaegawa into Gassan, so it is probable that they made swords near the Sagaegawa. It is said that they have invented “Ayasugihada” by chance and that style had been succeeded. But by the Edo period, that method had once disappeared. And the group of Gassan Sadakazu had re-invented(traced) that method. Tanto is really rare with this Gassan. Koshirae is made of wood and it fits Gassan blade very much. 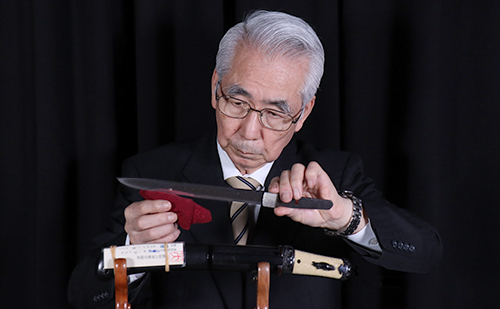 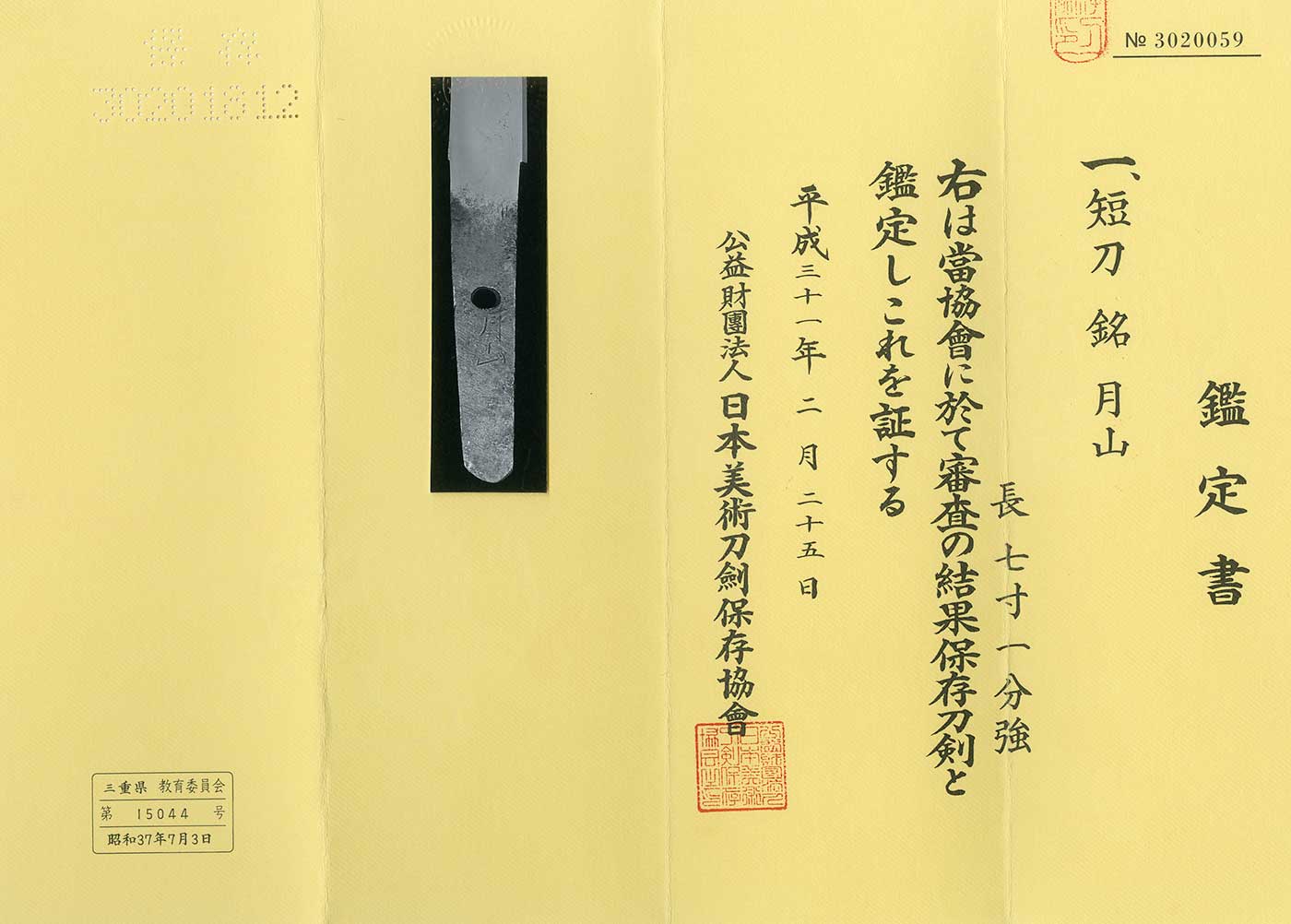