(translation: Made by Minamoto Hideaki in winter, December of Showa 2.)
Kogarasumaru Shape
(We divide 4 sections for each sword as Saijyo saku, Jyojyo saku Jyo saku and regular saku)
This sword belongs to Jyo Jyo saku ranking.
habaki:copper with gold color single habaki.
The blade was polished.
Blade length:20.6cm or 8.11inches.
Sori :0.0cm or 0.0inches.
Mekugi :1
Width at the hamachi:1.93cm or 0.75inches.
Kasane:0.61cm or 0.24inches.
The weight of the sword:130grams
Era: Showa 2
Shape: The shape is like Kikuchi-Yari. Ububa is left. Well-shaped.
Jigane: Koitamehada is grained well to be plain Jigane.
Hamon: Niedeki Suguha with Gunomemidare. Small Sunagashi and Kinsuji work in Ha. Boshi is round and turns back deeply.

Special feature: At the time of Russo-Japanese war, Japan Navy intercepted Russian Navy, together with the capital ship: Mikasa, and destroyed Russian Navy throughly. However, Mikasa was damaged its rear main cannon at the battle of Yalu River. Suikosha(campany) had planned making Tanto using the broken cannon and Horii Toshiaki school produced Tanto. This Tanto is said to bought mainly by sailors. This Tanto is not Mikasato, but is better than that. It is also rare to find Kogarasumaru shape.

From Aoi Art: This blade is really well-made. The iron used for this sword is far more qualified than the one for Mikasa swords. 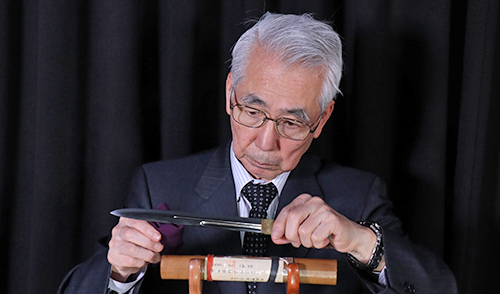 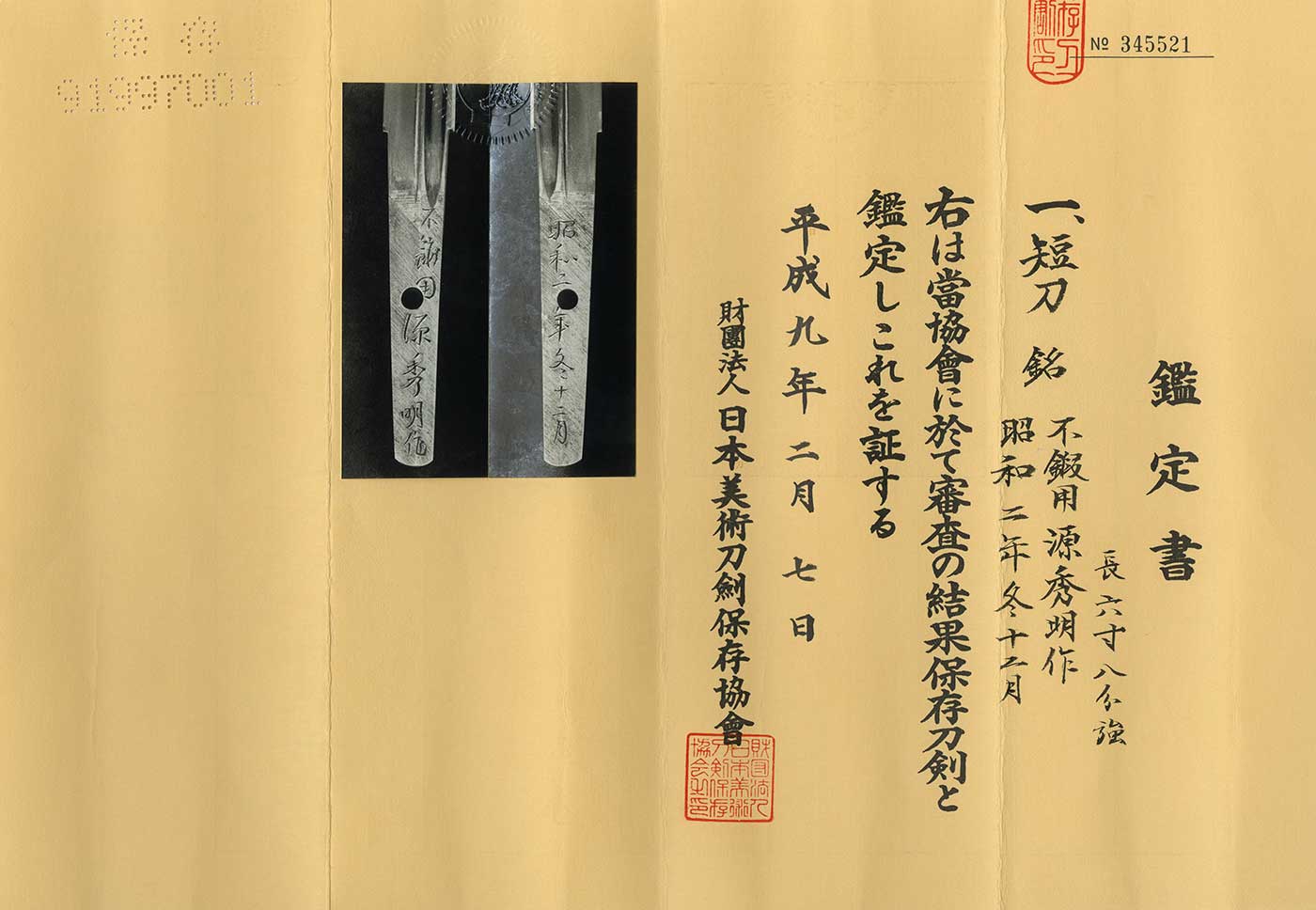