Explanetion: Munetsugu made this Katana on January 2nd, 1849.
This is first sword of the year.

Special feature:Koyama Munetsugu was born in Kyowa 3rd year in Shirakawa, Oshu, and was called So-bei. He is also called Issensai and Seiryo sai His older brothers are Munehira and Munetoshi. It is said that his master is Kato Tsunahide, but the influence of Kato tsunatoshi is strong and his style is extremely good. resemble. Initially, he was a reserved his master for the Shirakawa atsudaira family, but after the clan moved to Seisyu Kuwana, he lived in Yotsuya, Edo and worked as a Kuwana cran sword maker clan maker. At Ko-ka received Bizen suke in 2nd year. During his sword-making period, he produced numerous works from the latter half of Bunsei to the first year of the Meiji era. It seems that he was a serious swordsmith, and he consistently produced it in Bizen-den, and there is almost no bad work.

From Aoi Art: There is a production date „Kaei 2 Nen Shogatu 2nd Hatsuyaki“ And he engraved that It is the first sword of 1849. I think it is a work that he made with a tightening feeling.
Bizen Suke Munetsugu also made engraving on the sword.
Bu it is very little. This is amaizing sword. 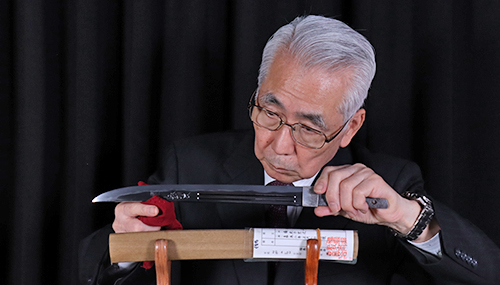 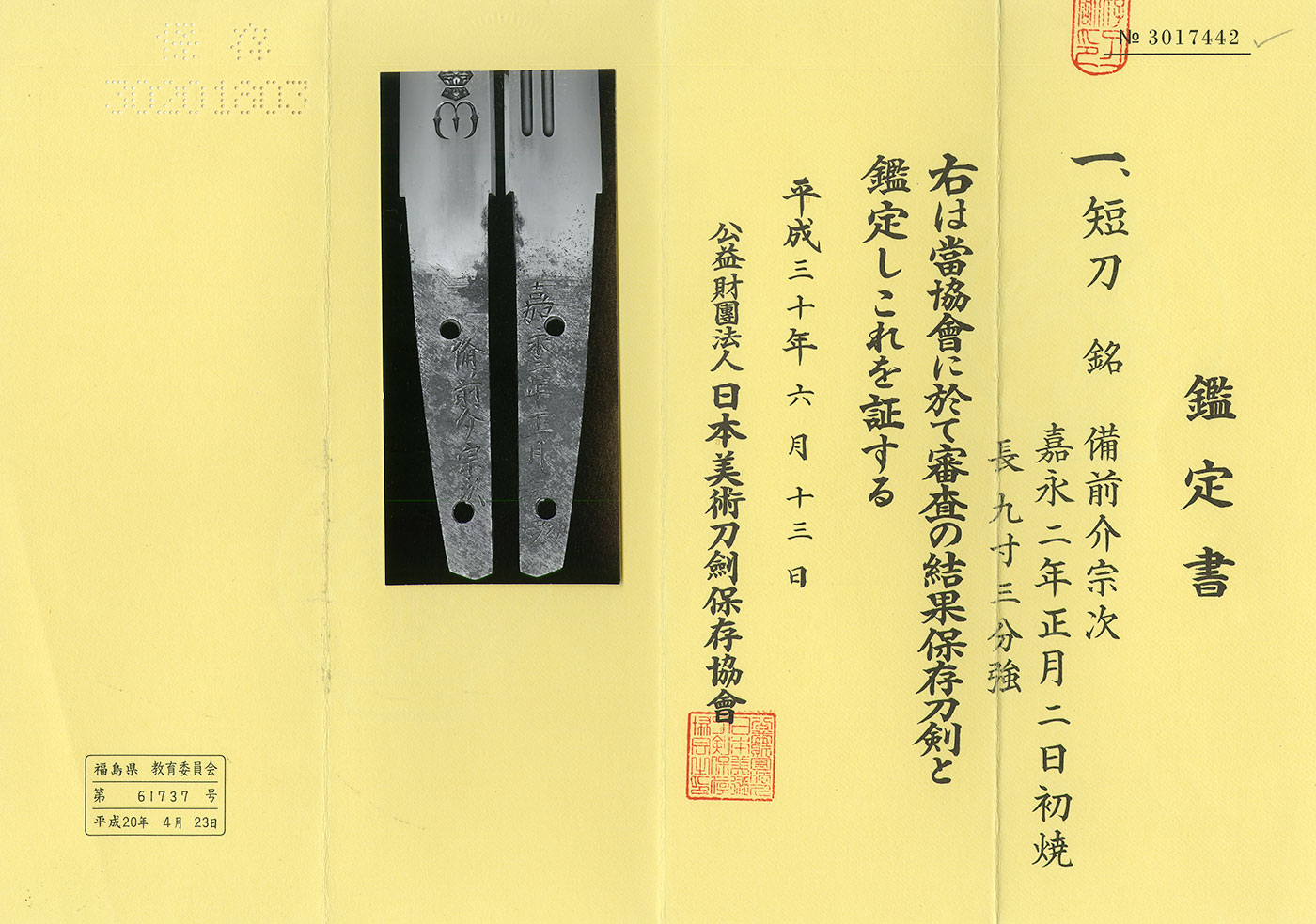