(We divide 4 sections for each sword as Saijyo saku, Jyojyo saku Jyo saku and regular saku)
This sword belongs to Jyo saku ranking.

Special Feature : The real name of Horii Toshihide was Kaneyoshi Horii, he was born in 1886 as the third son of Hirokichi Tokuda in Shiga pref.
Toshihide became a pupil of Horii Taneaki in 1904 and succeeded the Horii School as the Third. Toshihide used three names: Hideaki, Kaneaki and Toshihide.
In 1918, Toshihide went to Hokkaido at the invitation of Nihon-Seiko, a famous steelmaking company at Muroran City. He continued forging sword there.
Toshihide is thought as one of a representative swordsmith of the first half of Showa period, in the prewar Japan.
He passed away in 1943 during the Second World War.

Back ground of sword made age:
1928, March 21st, Charles Lindbergh:Lindbergh, Charles Augustus (1902-1974), an American aviator,
made the first solo nonstop flight across the Atlantic Ocean on May 20-21, 1927.
Other pilots had crossed the Atlantic before him. But Lindbergh was the first person to do it alone nonstop.

He is standing before the airplane Spirit of St.Louis.
nonstop across the Atlantic Ocean in his monoplane,
From Wikipedia. 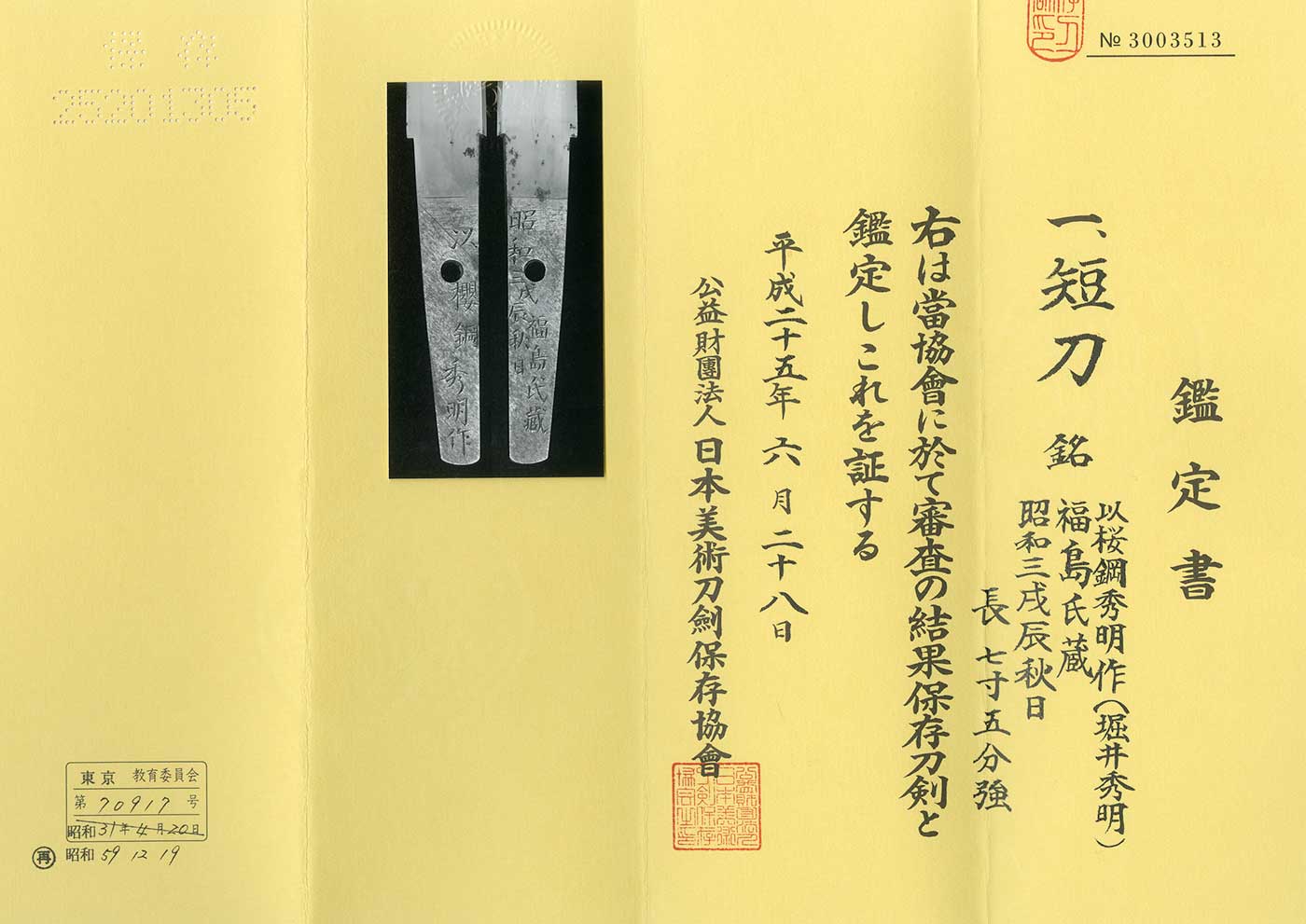