Special feature: Mino Suke Fuji Naotane was born in Yamagata, Dewa Province in the 7th year of Anei, and received Echizen Daijyo around the 4th year of the Bunsei era, which was called Syoji Minobei and Taikei. He was in his youth
He went out to Edo and became a student of Suishinshi Masahide, a teacher, and Hosokawa Masayoshi, who also served Akimoto cran, and became a masterpiece of Suishinshi Masahide. It is uncertain when he entered the gate of Suishinshi Masahide, but when he was 23, Soushi Naotane Kansei 13 years
There is a Syogatsu day inscription, and it is estimated that Kansei 11 or 12 years before this, and it is thought that it became independent around the first year of Bunka
He died at 79 Sai on May 7, 4th Ansei

From Aoi Art: He goes on long trips three times a year. Each place is engraved. Mishima Taisha Shrine in Izu. It was a long journey back to Edo, going around Shuzenji, Enshu Hamamatsu, Ise Hisai, and Ise Jingu. For Miya and this work
It is not known whether the carved four, which is thought to mean Soshu Ninomiya, is the fourth work produced in Soshu Ninomiya, but it is valuable in terms of materials.
This work is considered to be Norishige Utsushi (copy of the Norishige), and Chikei works violently on the ground Ji, and Utsuri appears and can be said to be his masterpiece. 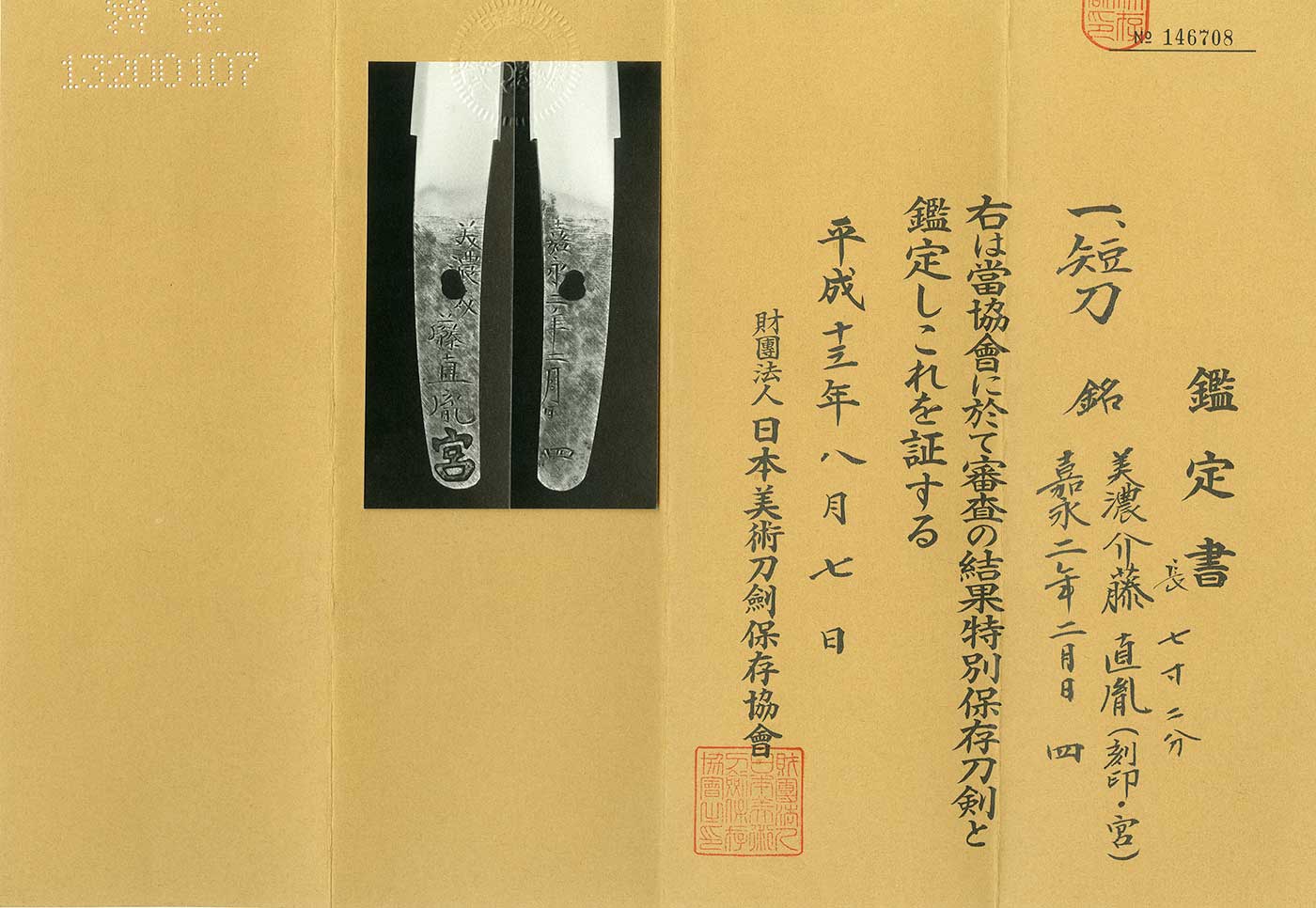