Koshirae :
Saya :On the blue shell powder saya, birds are flying in the sky
which was made by a white shell.
Tsuba :On the iron Tsuba, kozuka and Kogai hits are big engraved.
signature: Efu Ju Masahide.
Menuki : On the brass, family crest is engraved.
Fuchikashira: On the syakudo plate, a hawk is sitting
on the branch of the tree.
Kozuka: On the syakudo nanako plate,
a dragon is engraved with gold color.
Kogatana: Bisyu Inuyama Jyu.

From Aoi Art: This work is a the first generation Hirochika especially
with a deep-nioiguchi straight hamon which kooks Sukehiro’s straight Hamon.
At that time, even far from district of Settsu province,
these sword makers and samurai understood of Sukehiro and Shinkai’s well known sword makers.
The lord Nakamura Soma families asked to go to Oosaka and studied under the Sukehiro.
He went to Oosaka and studied under the Sukehiro.
After he returned to Mutsu province, it is very hard to look for fine jigane like Oosaka
so probably he chugged his mind to make oosaka jigane and used Masame hada
and mixed up sukehiro’s hut suguha hamon.
He succeeded this style masamahada with fat suguha hamon mainly.
It can be said that He was a swordsman with great ability.
but unfortunately, in Japan, it is not necessary
to use a lot of swords because of the peaceful Tokugawa age.
Especially Tanto ‘s demanding is almost zero. It means from right now modern times,
if you find a nice Tanto, we recommend buying very quickly
which will be a good investment in the future.

From Hirochika from heaven:
As Aoi Art said, I was originally a craftsman of the Nakamura Soma family.
I have heard the reputation of Sukehiro and Inoue Shinkai,
who were Settsu swordsmiths from that time. By my cran’s effort,
I went to Osaka with my cran’s effort, I was order to come to Osaka to study Everything
The story was told and I became a student of Tsuda Sukehiro.
I helped the teacher Sukehiro every day and then after a few years later,
I returned to Mutsu.but I can’t make fine Osaka bullion from Settsu.
I tried to challenge the success that was popular at the time. Master’s rebellion
It was a difficult task to put in the end, and after all,
it was finally completed to put in a sword with a deep nioikuchi.
I tried to create Masame hada with deep nioikuchi suguha
It is said that the president of Aoi Art is a wonderful achievement,
and I am thrilled. Prominent
Since we have made efforts without losing swordsmanship,
even the local people in the vicinity of Soma can save them carefully.
I want to be here. Even now, I am confident that I made it with all my heart.
Fortunately, please drop in when you come to heaven for good luck.
The difficulty of traveling from Mutsu to Settsu Osaka
Let’s do Japanese swordsmanship with talking.
Let my son who succeeded 2nd generation son gwent to study
with the assistant teacher, Sukenao. 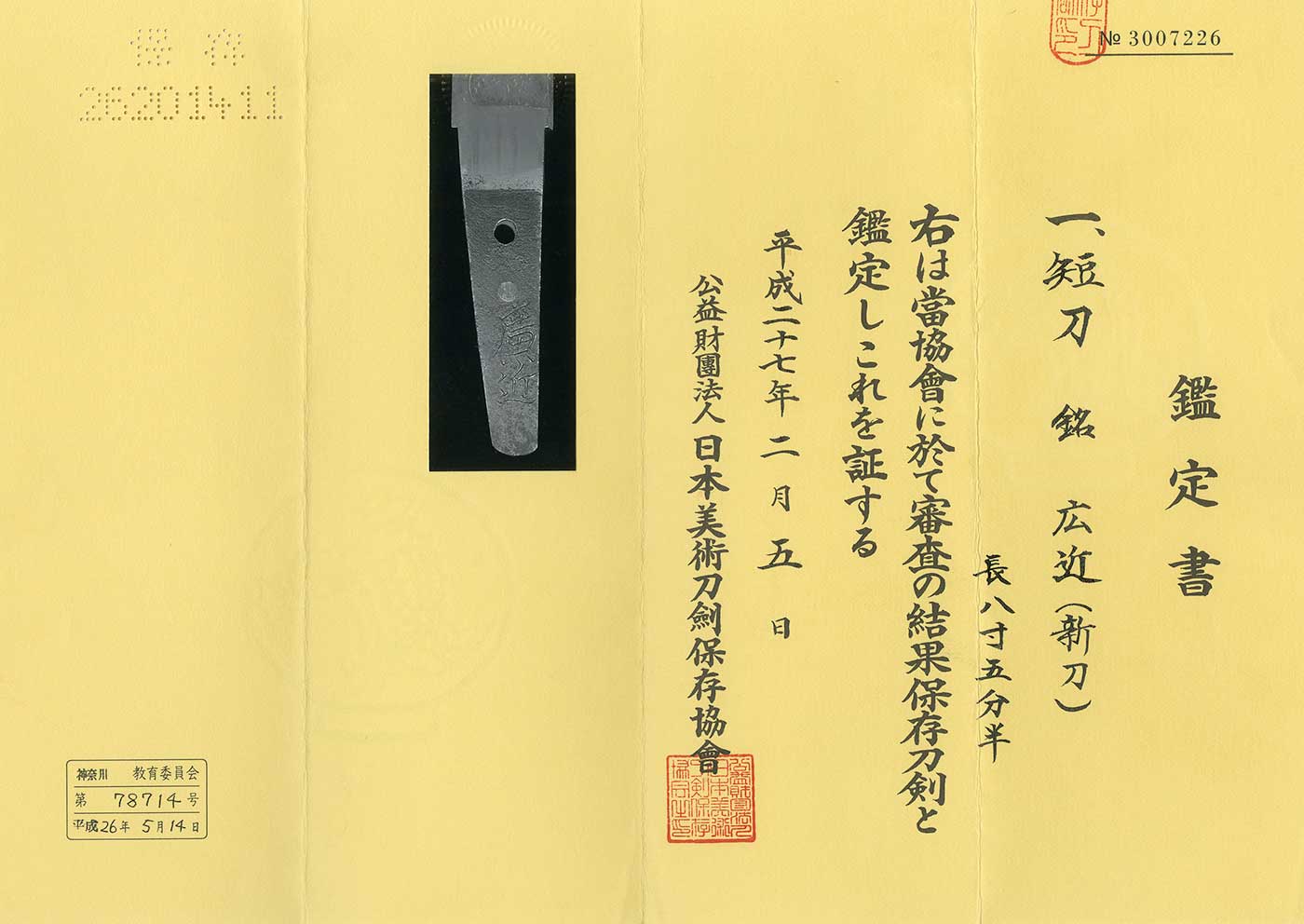