(We divide 4 sections for each sword as Saijyo saku, Jyojyo saku Jyo saku and regular saku)
This sword belongs to yo Jyo saku Jyo Saku Regular saku J ranking.
The blade was polished.
Habaki : Gold failed J single habaki.
Blade length: 27.1 cm or 10.66 inches.
Sori : 0 cm or 0 inches.
Mekugi:  1
Width at the hamachi: 2.66 cm or 1.04 inches.
Kasane : 0.63 cm or 0.24 inches.
The weight of the sword: 210 grams.
Era: Taisho 3 Nen. (1914)
Shape: Wide and thick Tanto. It has Ububa about 3cm.
Jigane: Ko Itame Hada well grained. Muji Fu.
Hamon: Nie Deki, rounded shape Gunome Midare with many Ashi.
In the Ha, there are Sunagashi and Kinsuji.
The Boshi is a small round shape.

Special feature: Horii Toshihide whose real name was Kaneyoshi Horii.
He was born in 1886 as the third son of Hirokichi Tokuda in Shiga pref.
Toshihide became a pupil of Horii Taneaki in 1904
and succeeded in the Horii School as the Third.
Toshihide used three names: Hideaki, Kaneaki, and Toshihide.
In 1918, Toshihide went to Hokkaido at the invitation of Nihon-Seiko,
a famous steelmaking company in Muroran City.
He continued forging sword there.
Toshihide is thought of as one of a representative swordsmith of the first half of the Showa period,
in prewar Japan. He passed away in 1943 during the Second World War.

From Aoi Art: There is a signature “Hideaki” on the Mune side of Nakago.
The Jigane is well grained and clear.
Recently, the number of Hideaki’s swords has decreased.
We guess that this Sayagaki was written by Hideaki, himself. 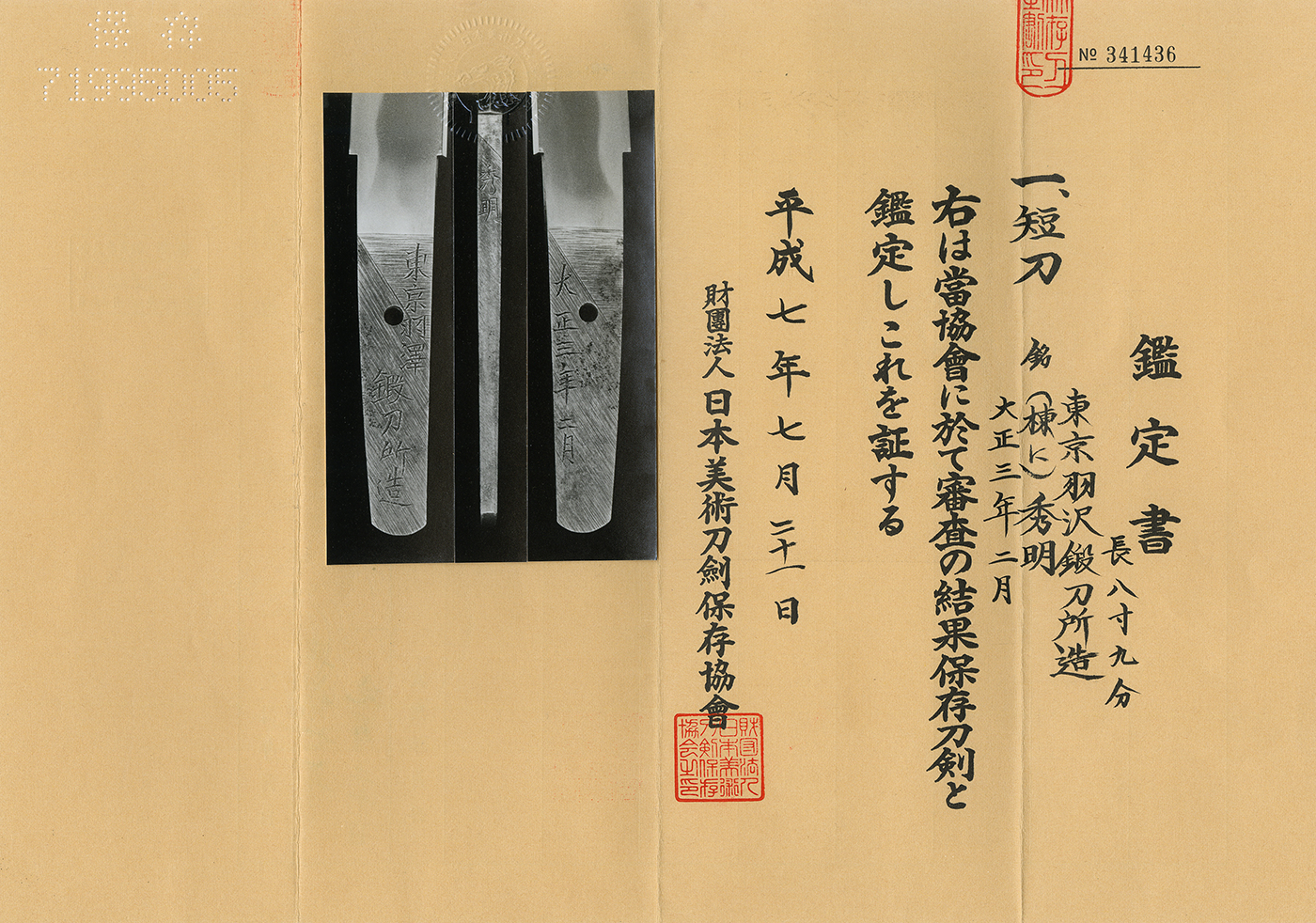 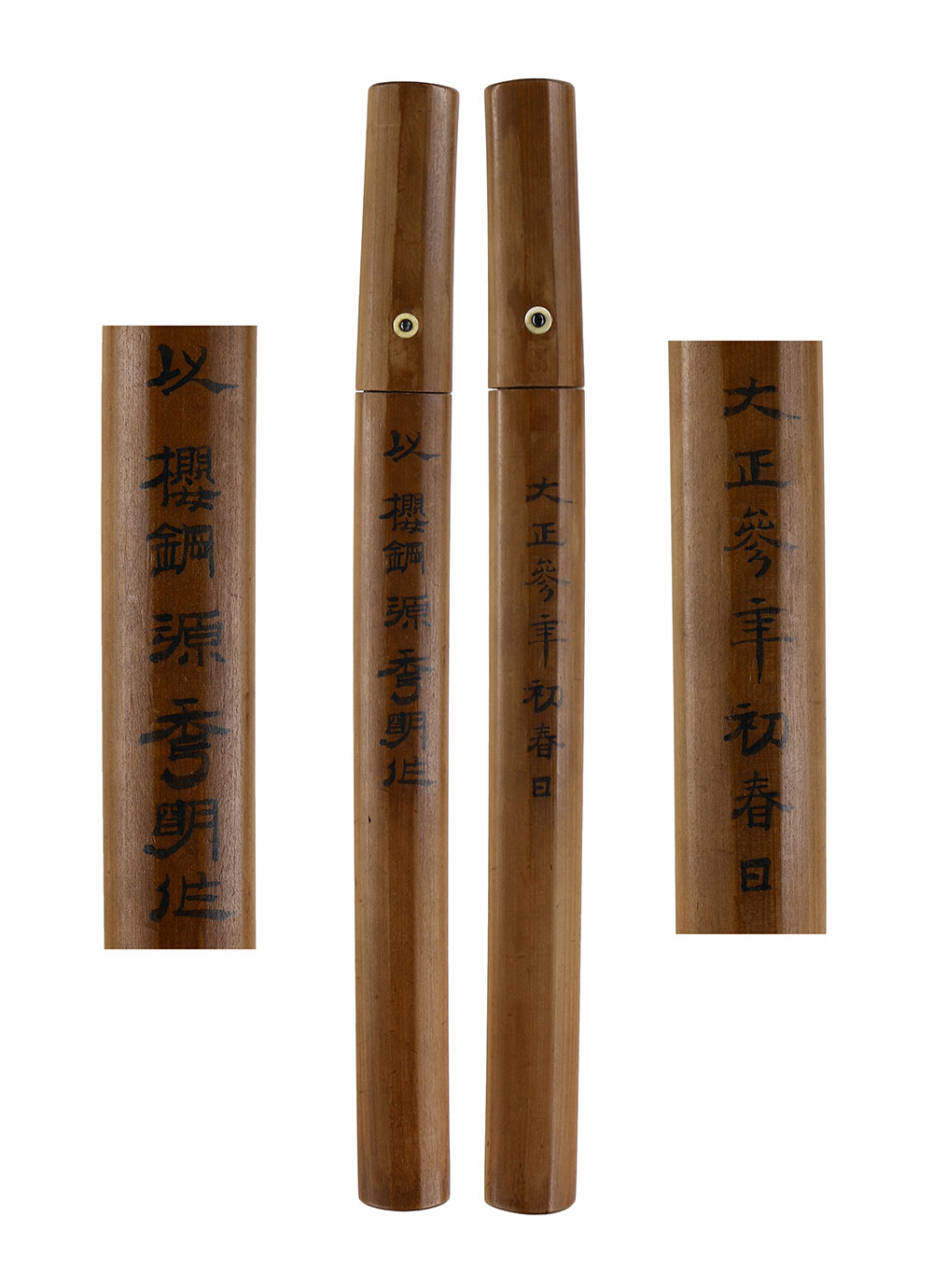