From Aoi Art : At the end of Muromachi and Azuchi momoyama period,
inland war was finished and became peaceful country governed by
Tokugawa Syogun but on the other hand However, the consumption
of Japanese swords and other weapons has drastically decreased.For
that reason, they became unable to live and Powerful swordsman
moved to Kyoto and Owari and expected new activities there
The family established a certain skill as a swordsman in Kyoto,
and then reigned as a swordsman’s organizer.
Ecchu Kami Masatoshi generally likes Shizu style works
and was praised by many swordsmenFrom Samurai in Kyoto or other district.
The situation from Mino to Kyoto is probably the Muromachi period,
the battle of the Azuchi Momoyama period is over
and the situation as a swordsman cannot be worked.
It is thought that he moved to Tokyo aiming at Kyo from the meaning of eating.
There was a time when I had a Kanemichi long Yari, and I can remember
that it was a strong Yari . This Tanto is probably custom order made by Kyoto samurai.
On the back ther has some oohed but not serious. Small gunome midair continued from
the Hamachi to upper part bright and clear hamon.

From the Ecchu Kami Masatoshi from the heaven:
As Mr. Tsuruta mentioned, the father’s cumbersomeness ended
when a fierce war broke out when all of our brothers moved to Kyoto.
There was a reason that you can’t eat very much at Mino. My brothers,
including my father and I, moved to Kyoto and lived desperately
We have been continuing. Fortunately my father was good at Sosyu den
and taught my sons, so I am good at Sosyu den and my brothers as well
Everyone was able to engage in the production of Japanese swords in the area.
The Tanto sold by specially ordered by customers in Kyoto
I remember that it was produced. When everyone comes here,
let’s talk about things at that time. come to heaven early! 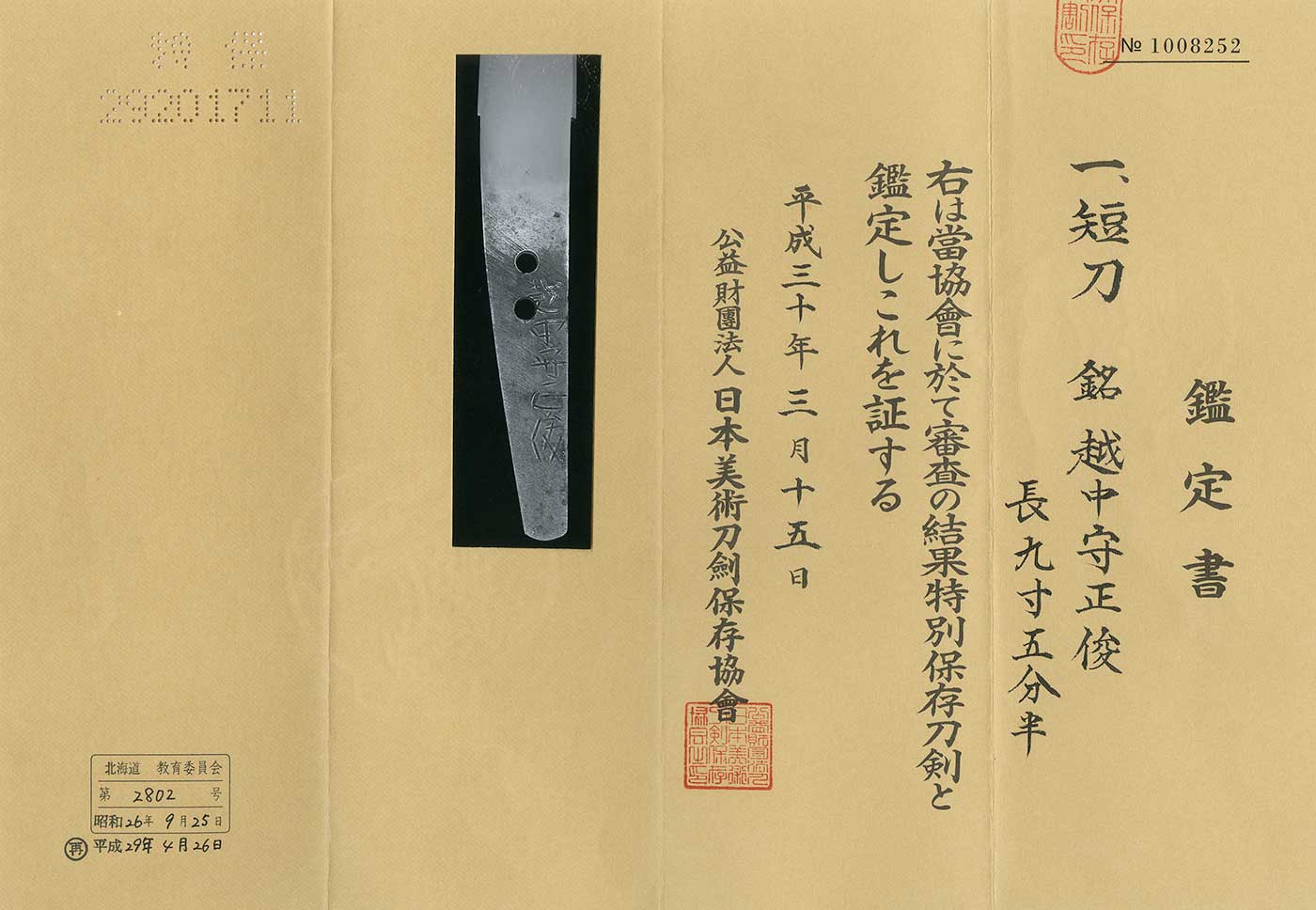