Special feature:In the Muromachi period, Harima, Mimasaka and Bizen province had been prospered under the protection of the Akamatsu family.
Above all, Bizen province has turned out a great many talented swordsmiths.
Supplying the demand of the Age of Provincial Wars in Japan, a large number of swords were made there in the late Muromachi period.
Sukesada has become a synonym for the Osafune School though the founder was Mitsutada.
It is regrettable that a deluge devastated the School in Osafune districts in Tensho era.
Such is the way of the world that even the Osafune School, that prosperity and power had been unparalleled,
perished in this way in the deluge. Old swords are all that is left to tell how once the swordsmiths lived.

From Aoi Art: This work is a work that became popular during the Sengoku period with a thicker layer that can be called a thick armor(yoroido-shi)
The Tanto is long nakago with signature and Nengo’the era which was made)
and also one hole that Tanto has kept in good condition for a long period 470 years from maded time to now.
The Tanto is rather short size with nice Utsuri on the surface.
In Japan, in the samurai family, when his daughter can marry to another house,
There was a custom of handing a Tanto to a daughter.
I recommend the Tanto for you.

Background of age: In 1543, a matchlock was introduced toTanegashima. It was 12 years in the Tenbun Muromachi period,
and almost 30 years later, on May 21, 1950 (June 29, 1575), battling Nagashino occurred.
In the battle between the Oda Army, Tokugawa Ieyasu Alliance
and Katsuda Takeda, the Oda Army, and Tokugawa daimyo were won using a gun.
Just 30 years in the meantime
It’s surprising that it hasn’t passed not many years. 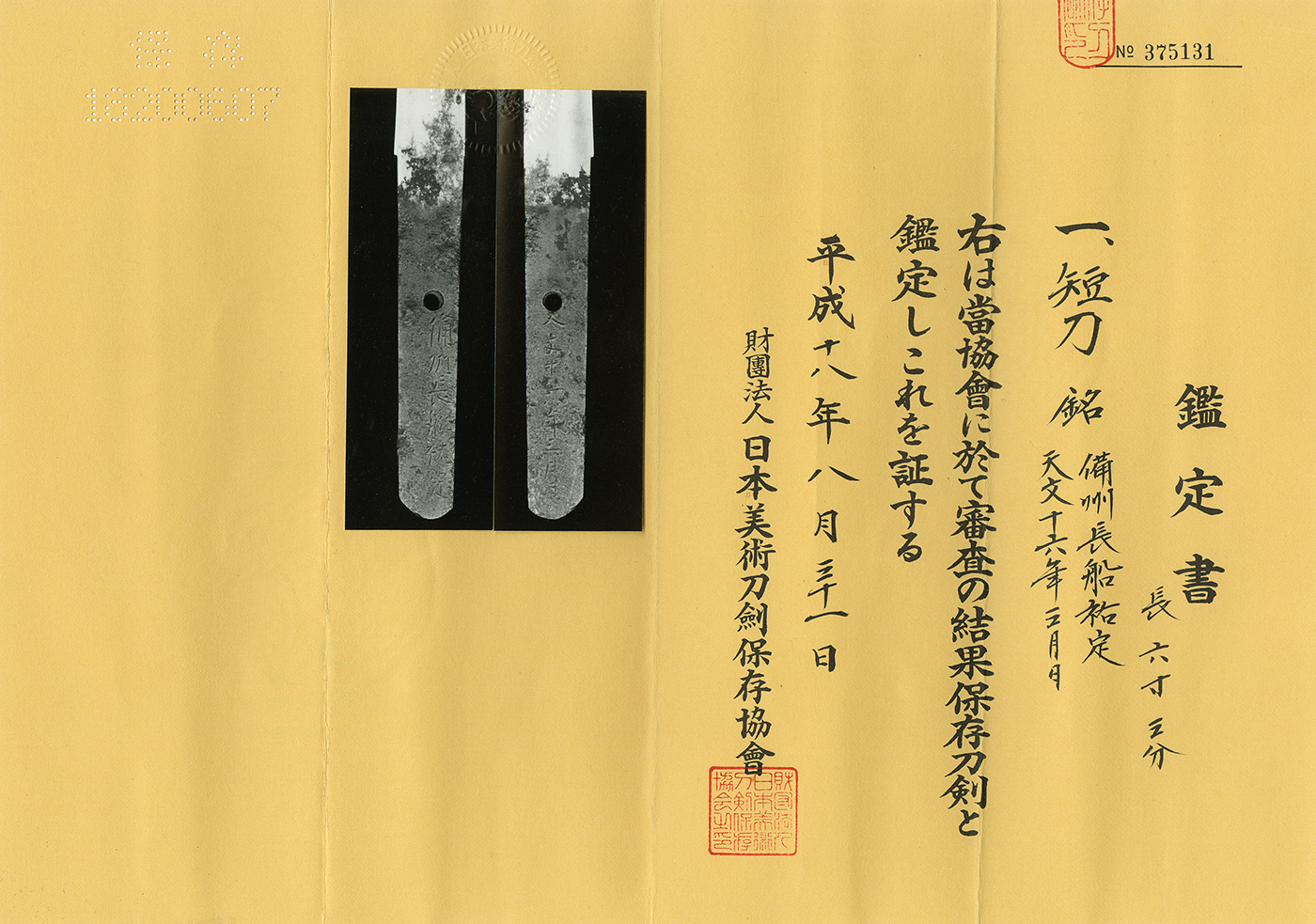