(We divide 4 sections for each sword as Saijyo saku, Jyo-jyo saku, Jyo saku, and regular saku)
This sword belongs to Jyo-jyo saku ranking.
The blade was polished.
Habaki: Gold foiled double habaki.
Blade length: 71.0cm or 27.95inches.
Sori:1.1cm or 0.43inches.
Mekugi:  2
Width at the hamachi: 2.82cm or 1.11inches.
Width at the Kissaki: 1.6cm or 0.62inches.
Kasane:0.75cm or 0.29inches.
The weight of the sword:780 grams.
Era: The late Kamakura period
Shape: Mei “Sadamori” is left on the back of Nakago. The blade is thick with Sori and longer Kissaki.
Jigane: Koitamehada and Ko-Mokumehada are grained really well with Utsuri. Beautiful Jigane.
Hamon: Koniedeki Suguha with Koashi, a little bit “Urumigokoro”(becoming vague because of the polish) Hamon.

Special Feature: It is a work by Sadamori. We don’t know where this swordsmith comes from, but it is certain that it was judged to be made in the late Kamakura period. This is a typical great Jigane, which we cannot find after the Kamakura period. The shape gets down from near Monouchi to the tip, so it could be made in a little bit later period.

From Aoi Art: It is disappointing that we have Urumigokoro on Suguha, but it has passed NBTHK Tokubetsu Hozon. As far as Tsuruta searched, there were 3 Sadamori, who can meet the conditions. 1st person from Senjuin school in the Shouou era, 2nd person from Ko-Bizen in the Bunei era, and 3rd in the Jowa era. We have so many Sadamori after the Kamakura period, but they can not be the swordsmith who made this blade. 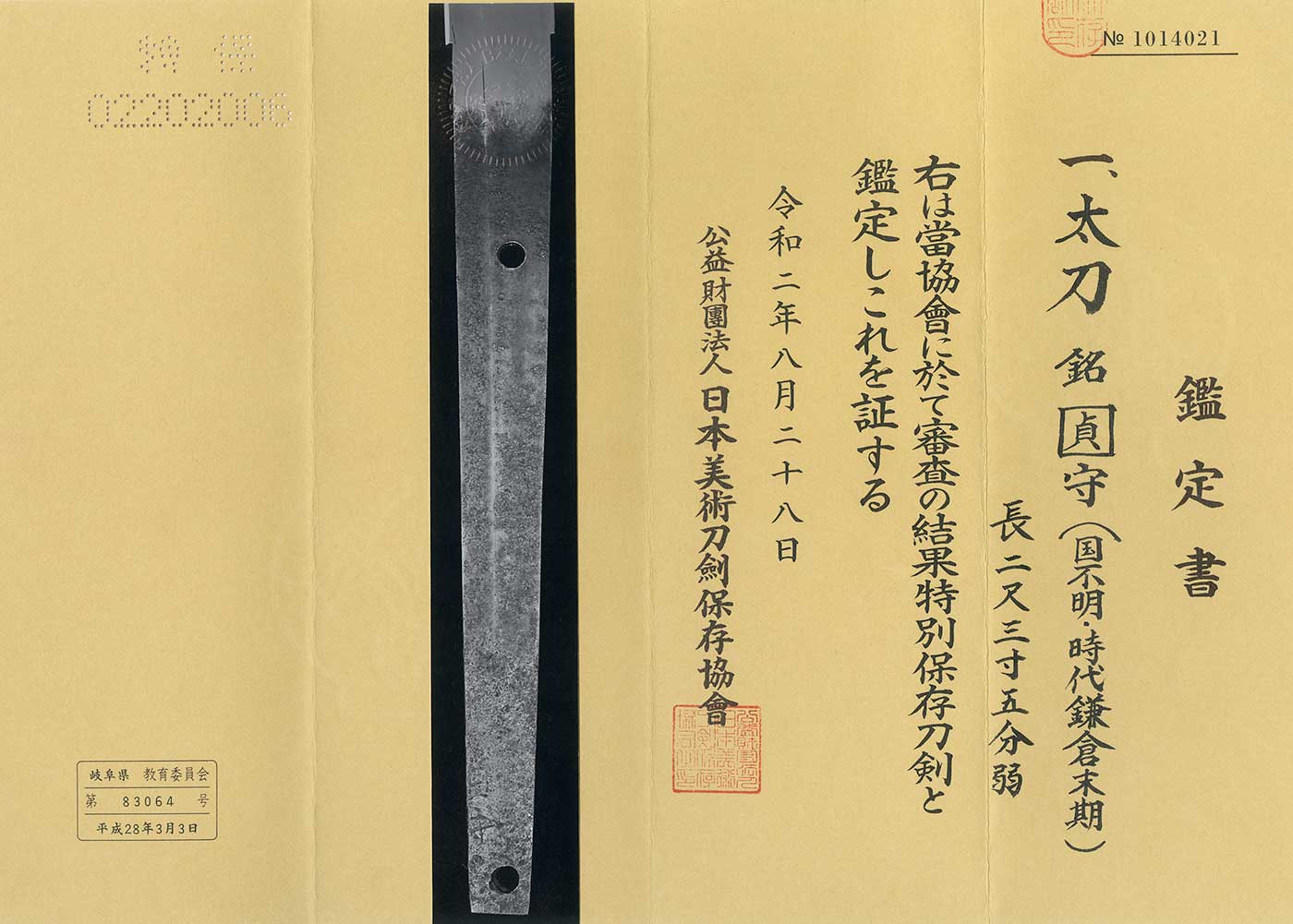 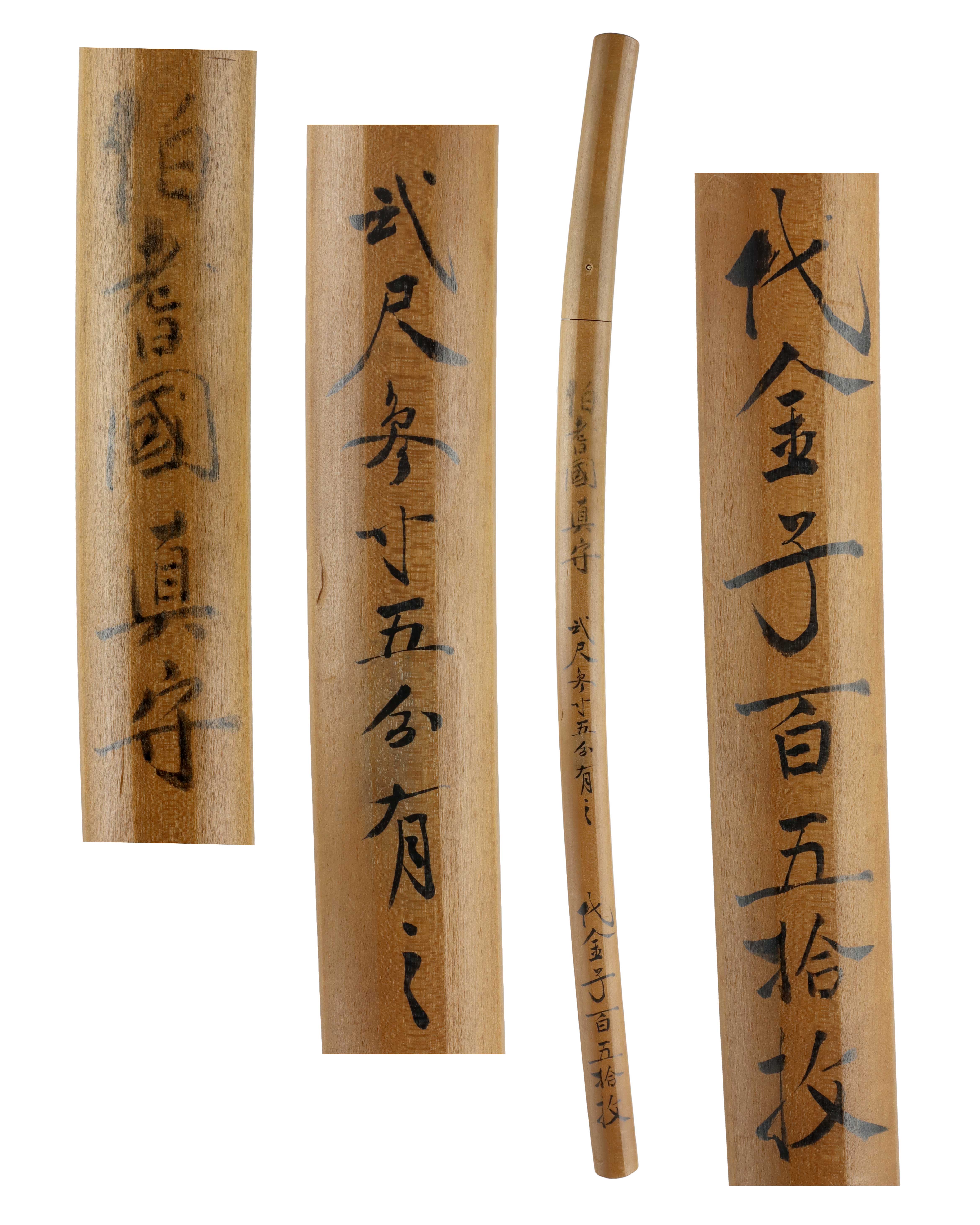