[What is Shachihoko?]
A shachihoko (鯱鉾 / 鯱) – or simply shachi (鯱) – is an animal in Japanese folklore with the head of a tiger and the body of a carp.[1] It was believed that this animal could cause the rain to fall, and as such, temples and castles were often adorned with roof ornaments (shibi) crafted in the form of a shachihoko, in order to protect them from fire. Those buildings were often made of wood, rendering them flammable. When pronounced shachi (鯱), it also means “orca”.[2]
(cited from Wikipedia)

Kogai: Etsujo
Mei: Etsujo
Length : 21.00cm x 1.22cm (8.226 inches x 0.48 inches)
Special Feature: On the Shakudo-wave pattern plate, solid engraving of Shachihoko is attached. There is Urafukumikin on the back.

*Urafukumikin: Thin gold plate on the back of Kozuka or Kogai, for the purpose of decoration, a method of decoration used especially by Goto family.

About Goto Etsujo: Etsujo was the second son of Teijo, the 9th representative of Goto Family. He was born in 1642 in Kyoto, originally called Mitsukuni. He worked with effort in the Ribee family and he was given 150 koku of rice by Kaga Maeda family. He lived in Kashu Kanazawa every other year with Enjo of Kambei family. Furthermore, he contributed to the development of the Kashu Kanazawa metalsmiths by serving in Maeda family and educating a lot of pupils. In his late years, he served in Tokugawa Shogunate and passed away in 1708 at the age of 67. He used Mei of “Goto Mitsukuni(Kao)” and “Goto Etsujo(Kao)”, and his style is the typical Goto Family style, and as good as his father, Teijo.

From Aoi Art: Shachihoko is a rare motif, and we can see the great skills of Goto family here in this work. Shachihoko has a tiger head and a carp body. Its scales and mustache, or the tail which is heading towards the sky: every single detail is engraved with elaborate effort, and we can feel as if it would jump out from the metal. It is made of solid gold or Kinmon(solid engraving of gold), we can say that it is an undoubtful and absolute masterpiece. And the Shachihoko swimming in the Shakudo-wave pattern plate says how marvelous Etsujo was at making metal fittings. We strongly recommend you to purchase this piece of art as a family treasure to preserve for next generations. 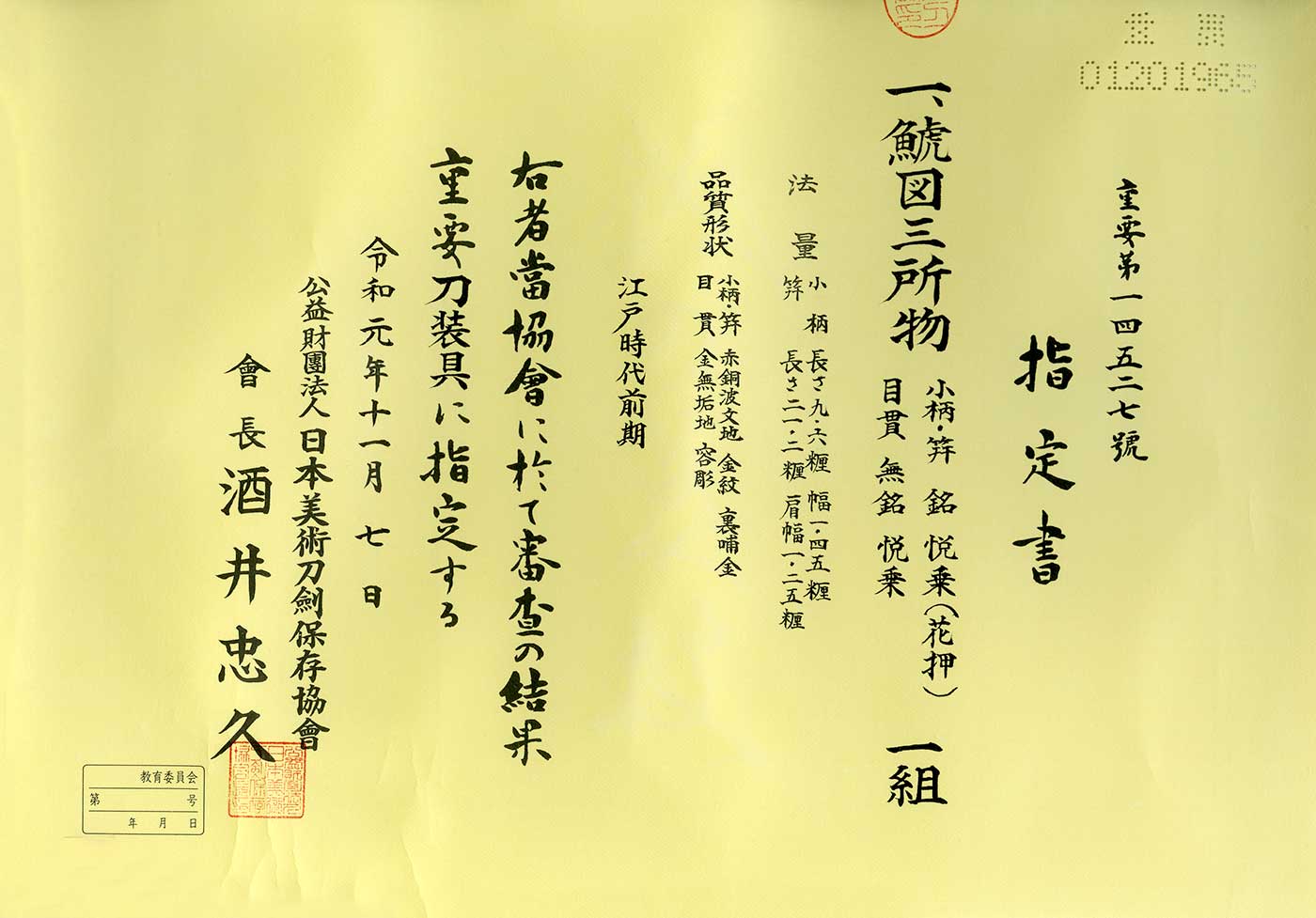 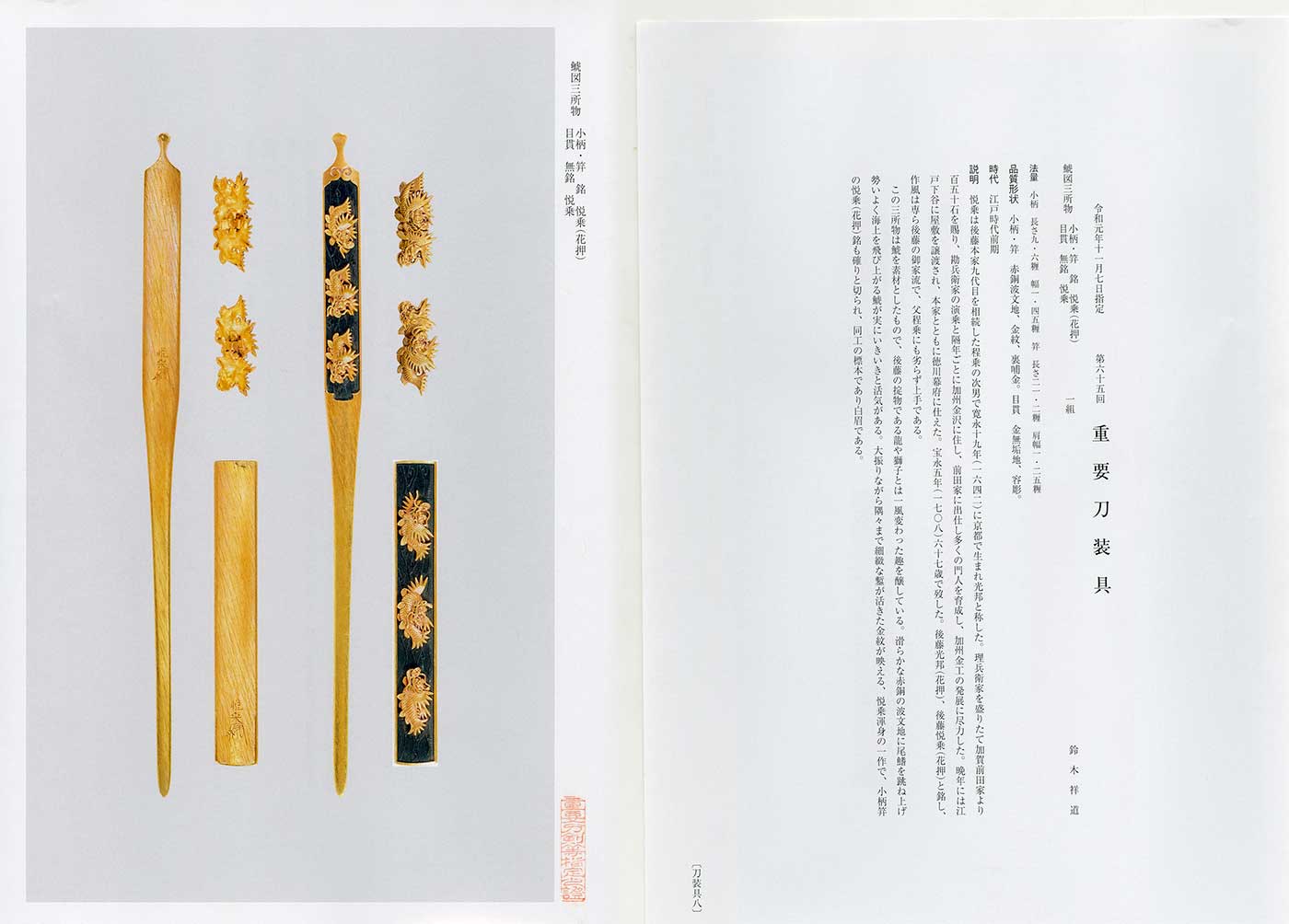