Special feature: Seiryuken Moritoshi put priority on sharpness when he made swords, so there are many works of him that have long Nakago. A novelist had been to overseas during WW2 as soldier and he has experienced the sharpness of Moritoshi swords. The sword he used was shorter than 2 Shaku 3 Sun. Moritoshi was also good at blade-engraving.

From Aoi Art: This sword has long Nakago, which becomes thinner to the tip. You’ll know the greatness of this sword when you see the Hamon. Moritoshi was a pupil of CHounsai Tsunatoshi and later he moved back to Yamaguchi prefecture. Tsunatoshi 2nd learned sword making at Moritoshi. He was trusted by Tsunatoshi 1st so much because he let his son learn from him. We truly recommend this one to you. 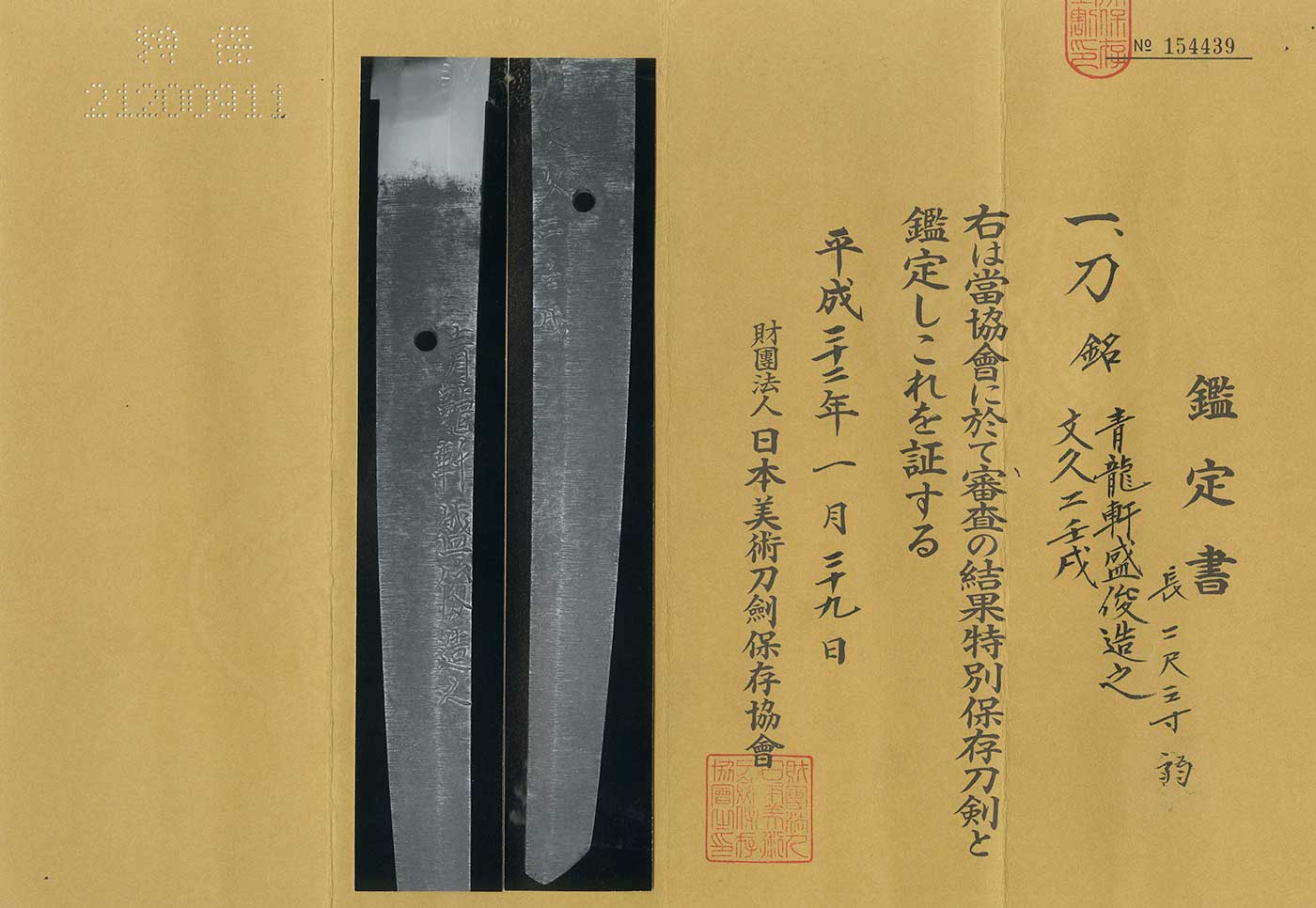