Special Feature:The word “Motte Soshu Kamakura Masamune Den” is engraved on the Nakago. Gassan Minamoto Sadakazu(Sadakazu the 2nd) was born in Meiji 40(1907) in Osaka-city, as the 3rd son of Gassan Sadakatsu. He started making swords at the age of 13. His first Mei is Sadamitsu. He exhibited his work for the first time in the 1st Osaka-city Art Institute Exhibition, and he got an award there, again for the first time. After that Japan has lost the WW2 and GHQ banned making swords. However, he opened a new Dojo in Miwa, Sakurai-city in Showa40. Next year, he succeeded the name “Sadakazu”, and he got the best award in Shinsaku Meitoten Exhibition in the 3 successive years. In Showa 46, he was accredited as the important intangible cultural property, and in Showa 54, he got the Order of the Rising Sun, Gold Rays with Rosette. He kept on making swords until Heisei 7.(1995) This work is a work after he had been accredited as the important intangible cultural property. The body is broad and thick, well balanced compared to the body. Jigane is clear and elaborate. It has an engraving of “Motte Soshu Kamakura Masamune Den”

From Aoi Art: From Meiji 28 til 28, the demands for the Gunto were really high because of a series of wars such as Russia-Japan War or China-Japan War. When Gassan Sadakatsu became 70 years old, Gassan Sadakatsu made almost all the works instead of his father. Fortunately, Sadakatsu had mastered Soshuden, Masamekitae, Gassan Ayasugihada, and Soshu Kamakura Masamuneden like this work, so he could succeed his father. However, those days Sadakazu haven’t quitted yet. Koshirae is elaborately made and well-made. We truly recommend this one for you. 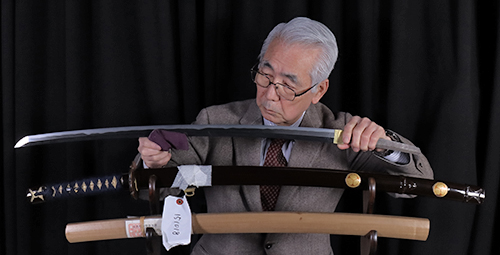 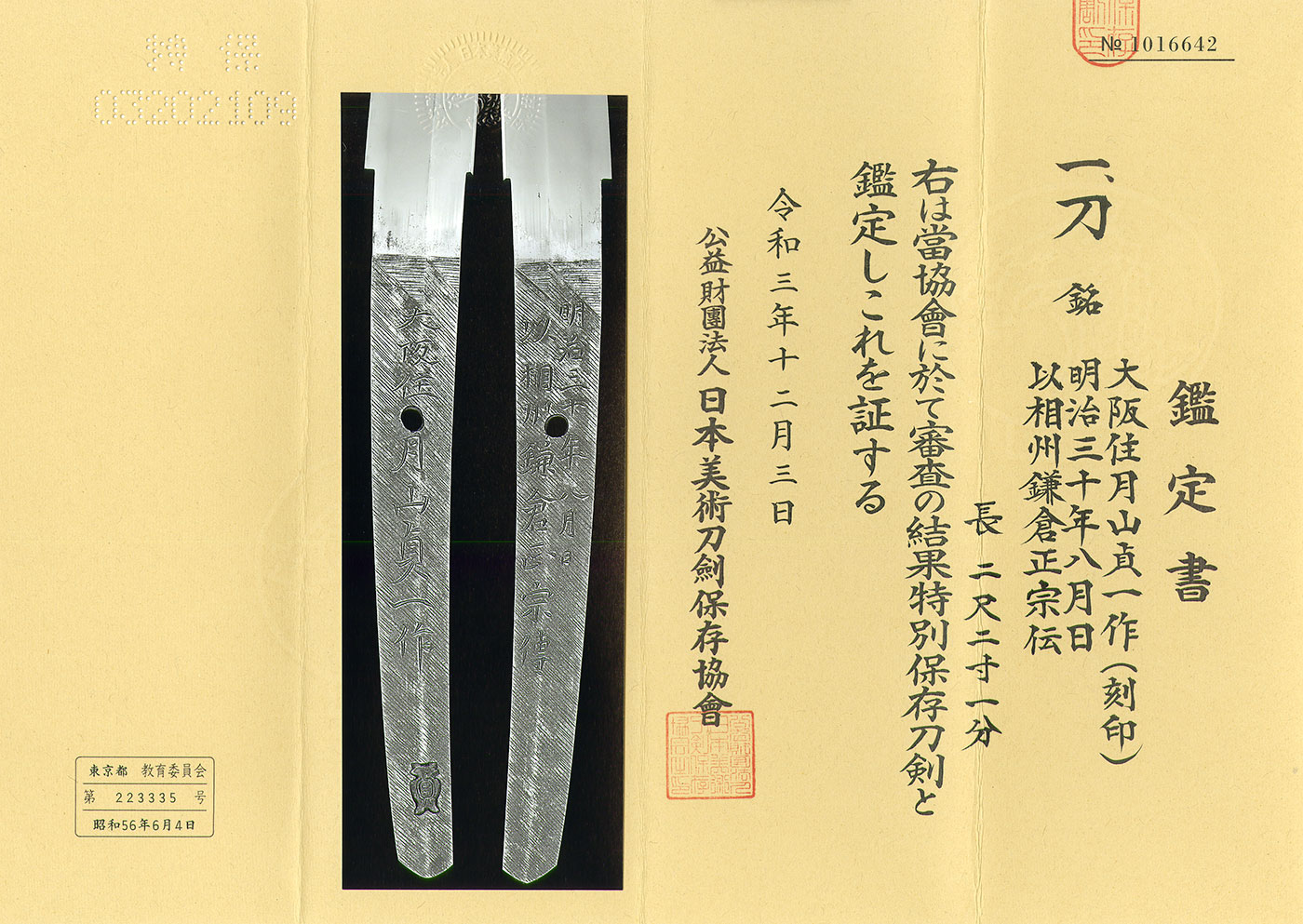