Special feature: Sadakazu the First, born Yagoro in 1836 at Hikone in Koshu province, present Shiga pref. became an adopted son of Gassan Sadayoshi who was a swordsmith lived in Osaka. Sadakazu started to learn when he was eleven years old and mastered traditional Ayasugi-hada of Gassan school as early as twenty years old.
He continued forging after the Meiji Government administered a law to forbid wearing the sword in 1876 and was approved as a Teishitsu-Gigeiin, a Craftsmen who worked for the Imperial Household in 1906 and received a command to forge a Gunto for Emperor. Sadakazu passed away in 1918, aged 84.
The First Sadakazu had been constant in his devotion to forge sword all his life. Everybody respected him for the nobility of his mind. His character appears on his works in every corner especially on their meticulous attended tang to the file pattern. That goes without saying about the excellent ability to forge a sword, Sadakazu was preeminent not only in the carving but also in cutting signature by a free and easy stroke of Tagane.
Sadakazu’s second son, Sadakatsu was also a famous swordsmith. Sadakatsu’s third son succeeded the name Sadakazu as the Second who was approved important intangible culture as sets known as Ningen-Kokuho in postwar Japan.

From Aoi Art: This blade already passed NBTHK Tokubetsu Kicho Token. But there are some doubts about the signature and carving, we do not guarantee this sword.
The Hamon is Ko Gunome Midare with slightly deep Nioikuchi.
It reminds of Ko Yoshii. The Jigane is probably made by mixing iron. There are Masame Hada appear. It is a healthy blade, leaving Ububa. 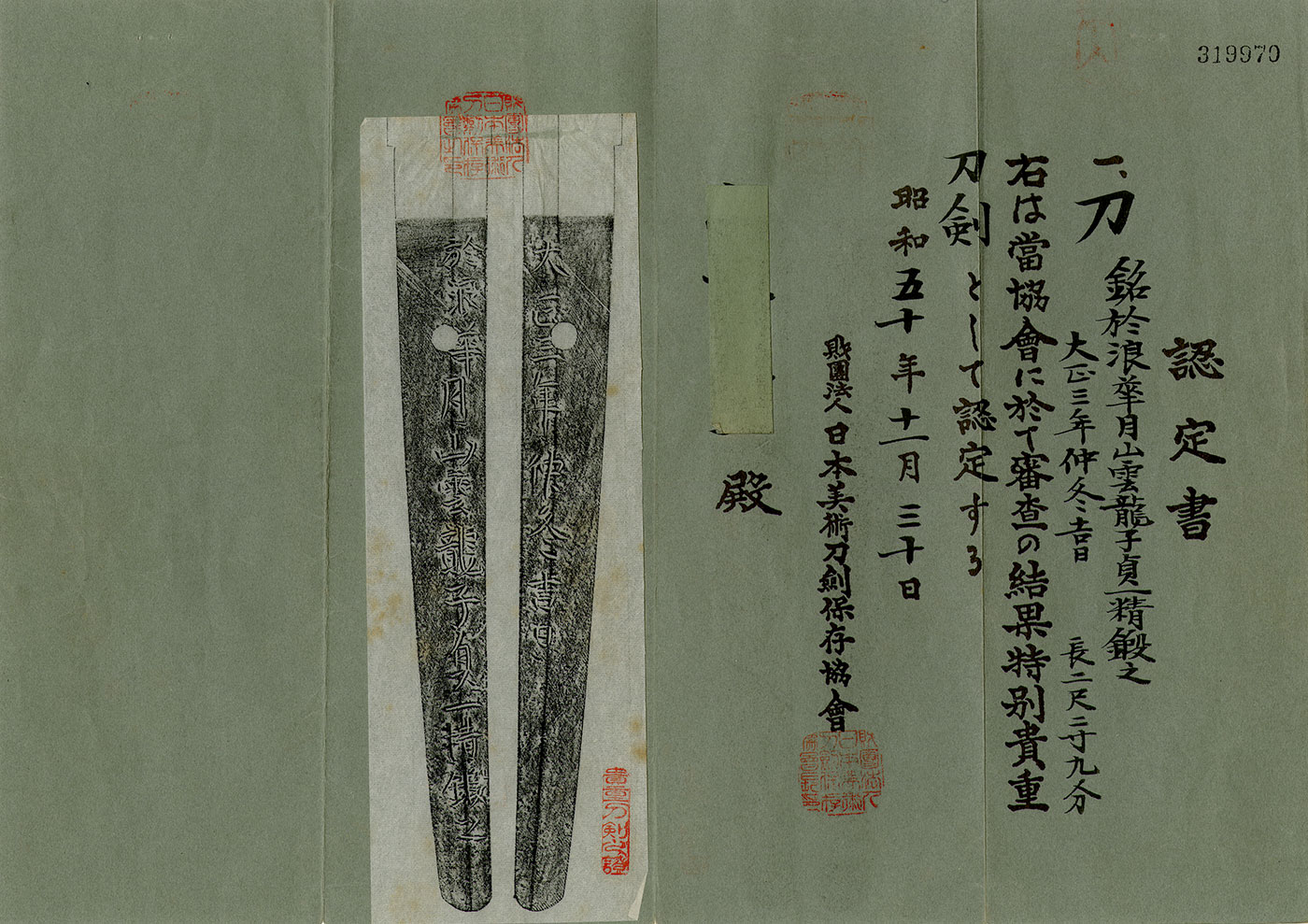