Special feature: Yasunori, whose real name is Kotani Kenzo, was born in Hiroshima Prefecture in 1909. He joined the Japanese sword training society in 1933 as the first move of Yasunori Kajiyama. Received the swordsmith Yasunori from the Minister of the Imperial Japanese Army in 1935. He won the 2nd Army Guntō Exhibition Chairman’s Award. He also made votive swords and produced about 1600 swords. In 1938, he opened a training ground at his home, and in 1938, he opened a training ground at his home and started making swords for his relatives and his important friends. However, the inscription was cut as Takenori.
This work is probably aimed at Koto sword Rai Kunitoshi and Kuniyuki. Recently polished, Jigane’s goodness and the fine work inside the blade have made it an excellent sword.

From Aoi Art :For this work, a training ground (Tanrenjyo) was opened at home and swords were started for relatives and special friends, and the inscription was cut as Takenori. It is thought that the work of Cyoji midare worked well with Asi and was made by imitating the work of Nakamitsu side. The work also creates a similar atmosphere. Yasukuni -to, which is a masterpiece, has been decreasing recently. At this time, it is a work that I would definitely recommend. I think it’s wonderful that Koshirae is the original Koshirae 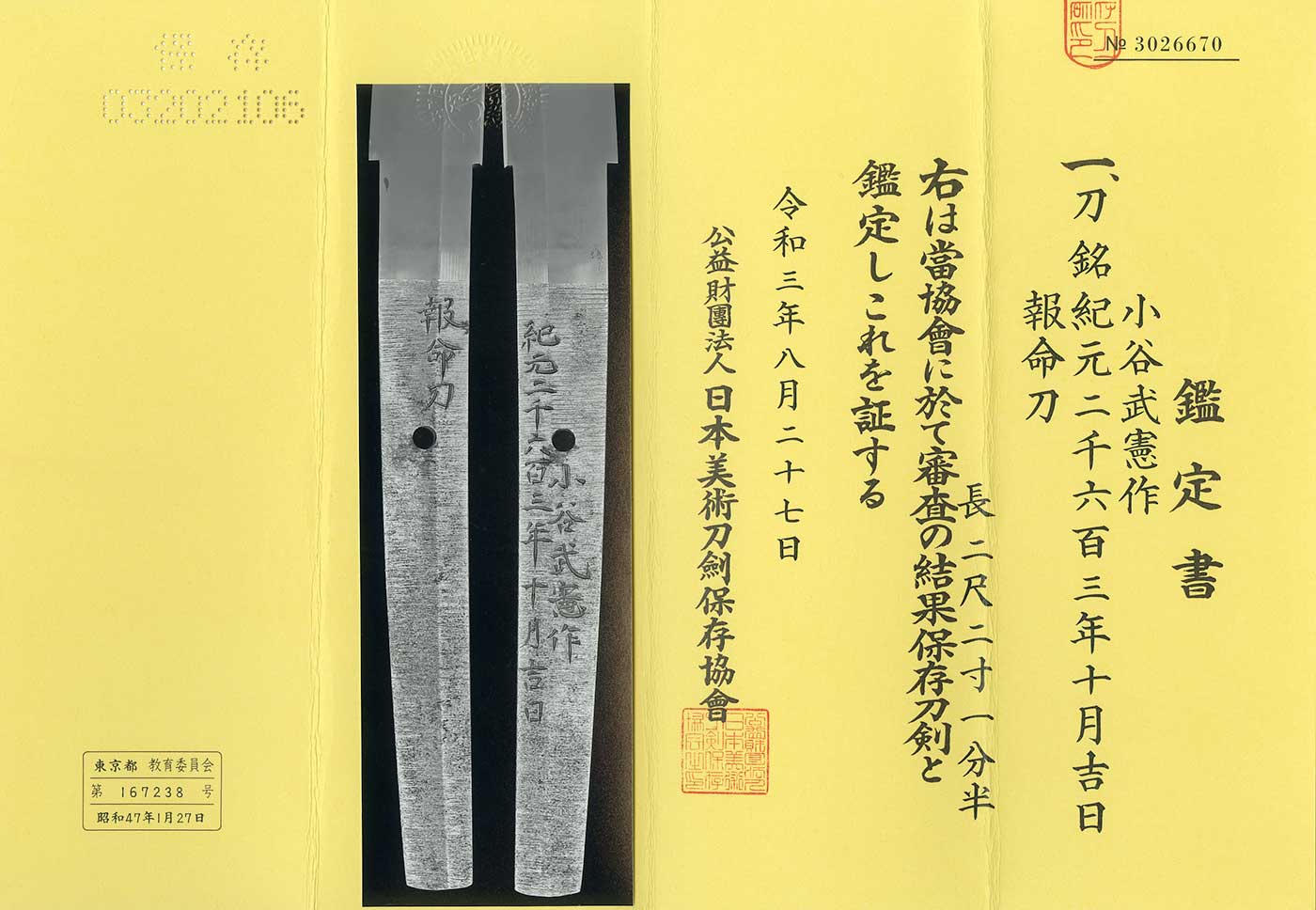