shinto:jyo jyo saku:oowzamono:Hizen
(We divide 4 sections for each sword as Saijyo saku, Jyojyo saku Jyo saku and regular saku)
This sword belongs to jyo jyo saku ranking.
Habaki: Gold foiled double habaki.
The blade is polished.
Blade length:66.8cm or 26.29inches.
Sori:1.2cm or 0.47inches.
Mekug:i1
Width at the hamachi:3.13cm or 1.23inches.
Width at the Kissaki:2.25cm or 0.88inches.
Kasane:0.69cm or 0.27inches.
The weight of the sword:765grams
Era: The Kanei era, the Edo period
Shape: It is a work that has a good figure with a slightly wide body and a moderate amount of warping, with a slightly extended tip.
Jigane: Koitame skin is well packed with Jinie and chikei to create a beautiful Hizen Jigane or Konuka hada.
Hamon: Nie deki, nioikuchi is deep and becomes a bright and clear gold color, and the legs are in the middle of the blade. Yo soft and easy to enter, Bo-shi, round and deep.

Special feature: Omi Daijo Fujiwara Tadahiro is the son of the first Tadayoshi, and since his father passed away in 1784, he has continued as the second generation. In the 18th year of the Kanei era, he received the title of Omi Daijo, and continued to make swords for about 60 years until his death at the age of 81 in the 6th year of the Genroku era. Among his disciples, there are many popular swordsmiths such as Mutsu Daijo Tadayoshi III, Harima Daijo Tadakuni, Kawachi Daijo Masahiro, and Dewa no Kami Yukihiro. It is believed that he monopolized Dutch iron under the protection of the Nabeshima clan, acquired a unique Hizen ingot, and continued to acquire unique ingot by prohibiting the outflow of other ingots. 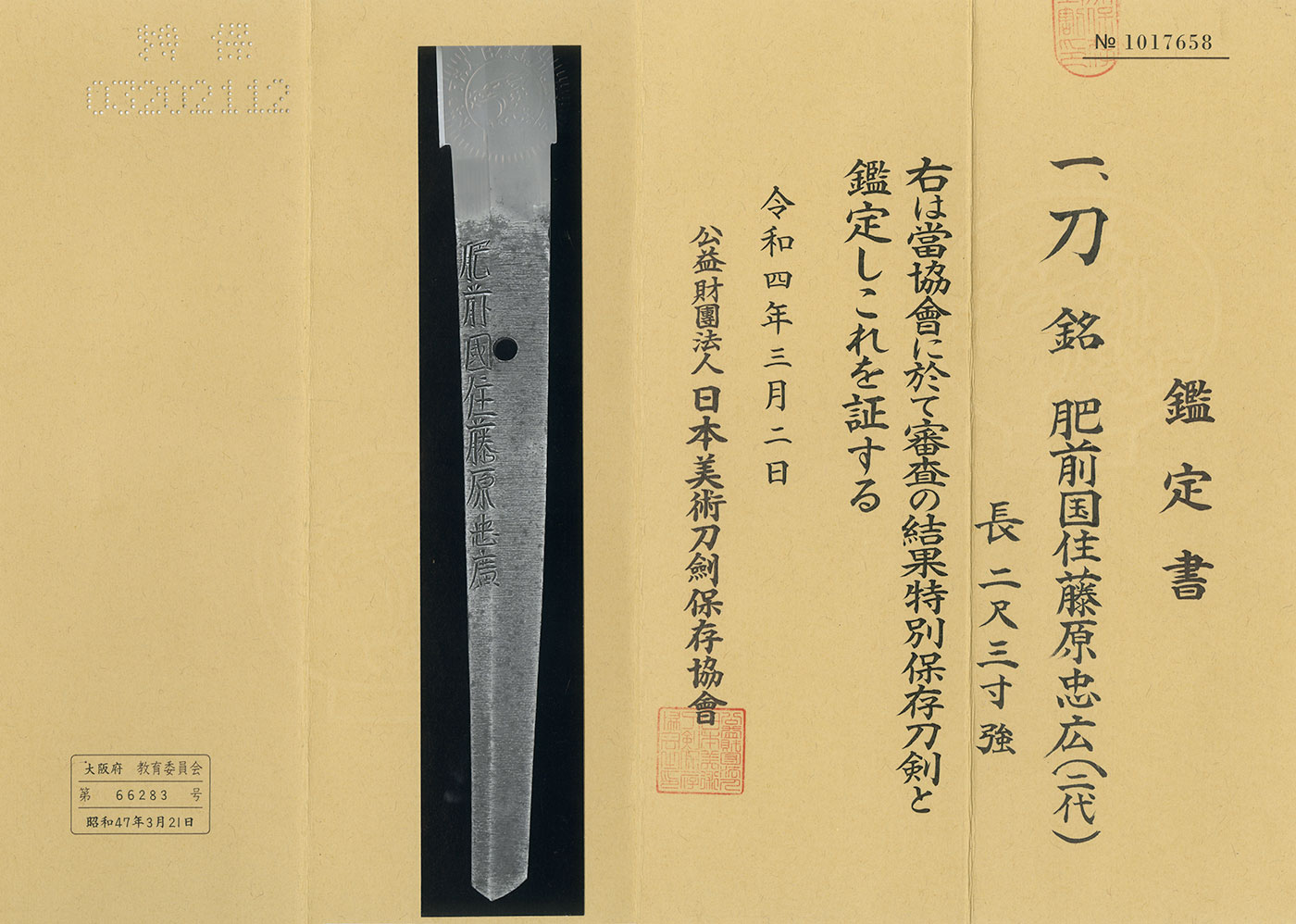