Special feature:The Second Sukehiro forged this katana. Both the First and the Second Sukehiros are ranked very important position among the Osaka-Shinto swordsmiths. The Second Sukehiro, born in 1637, learned under the First Sukehiro, got the title Echizen (No) Kami in 1658, served Aoyama Inaba (No) Suke Muneyoshi who was the lord of Komoro Castle in Shinshu province since 1667. He was the Jodai of the Osaka Castle, a daimyo’s chief councilor in charge of his master’s castle since 1667. Sukehiro started to inscribe the signature in the square style of Chinese characters Tsuda Echizen (No) Kami Sukehiro in February 1667. He changed it to sosho; the cursive style of writing Chinese characters in August 1674. Sukehiro the Sesond was a prolific swordsmith
who also created Toran-ba, out of accomplished style of Bizen-den
or Soshu-den that influenced greatly to Suiahinashi Masahide
in the late Edo period. The death of Second Sukehiro was indeed,
very sudden in 1682, aged 46. 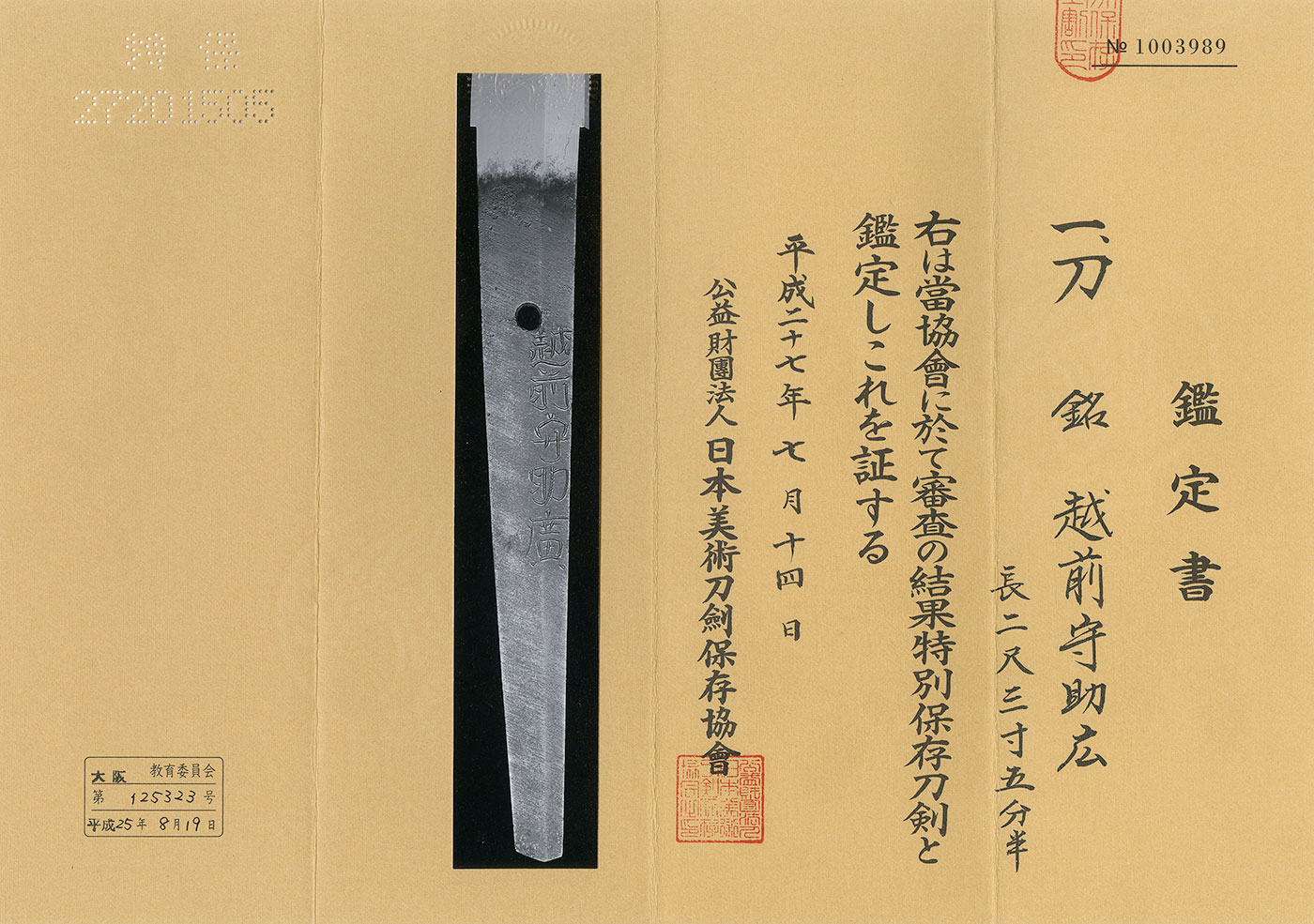 2020/6/3Notice to residents of the United States