Special feature: This blade is mentioned on the book „Kurihara Nobuhide no Kenkyu(p.256)“.
Many swordsmiths followed the instructions after the ban on swords was issued in 1874.
Nobuhide was ordered by Emperor Meiji to make 18 swords, and in the 6th year of the Meuji era
he was permitted to visit the temple with the Emperor Meiji,
and he was able to see the treasured sword of Shosoin.
In 1873, the World Exposition was held in Vienna, Austria. Specially Nobuhide, Korekazu,
and Mumetsugu made swords to show national prestige.

From Aoi Art: By the 8th year of the Meiji era, there were almost no swordsmiths making Japanese swords.
In particular, it is thought that Nobuhide was treated specially by the imperial family
and was taken into consideration. But in the 10th year of Meiji,
he stopped making swords. There are various theories, but it is said that
he committed suicide with a Tanto that he made himself.
If we look closely at this sword, it looks like and old sword.
It is just a wonderful work and unique Hamon.
We highly recommend this wonderful piece of sword. 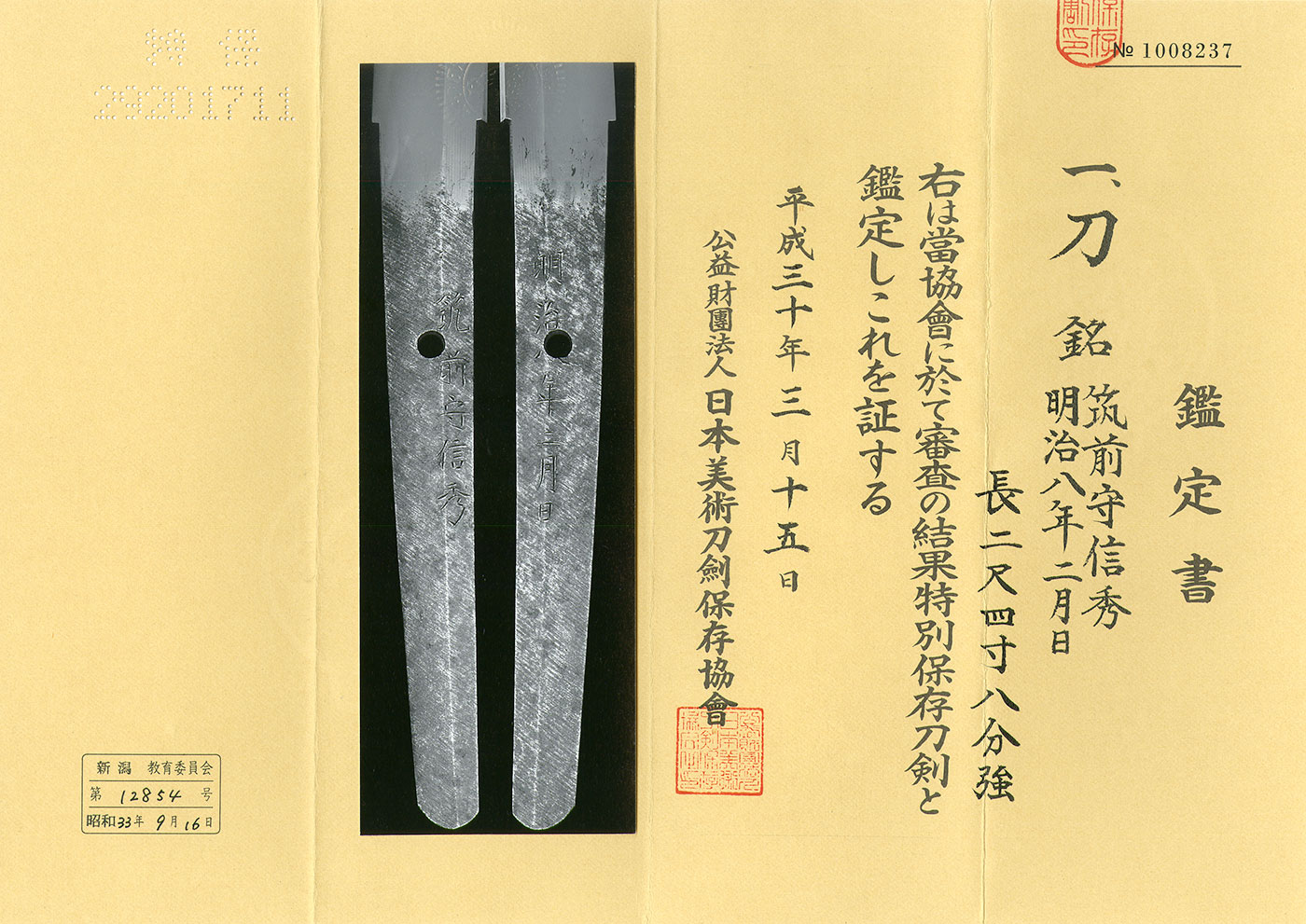 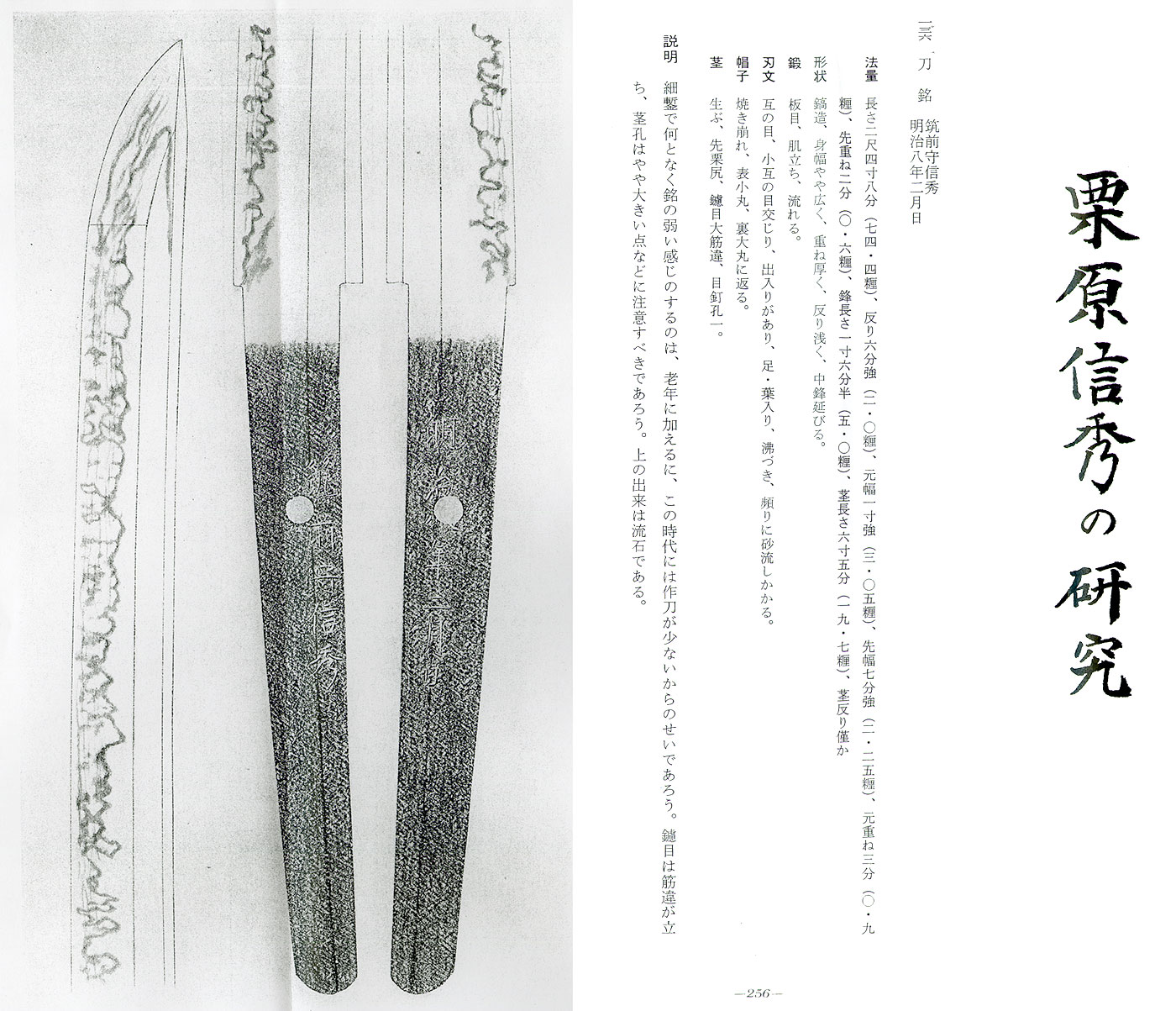