Special feature:Tsuda Echizen Sukehiro continues his efforts to conquer the first generation of Sukehiro and takes the position of the first Osaka new sword. and established his own world.
The peaceful background of the Edo period, The sale of swords stagnated,
and it became impossible to live by making swords.
It became a situation where sword production could not be accurate because the sales of swords were stagnant. ――Therefore, many swordsmiths had to produce works that could be sold to daimyo and samurai, so there were gorgeous blades,
straight with blades with a deep sinoideki of Shinkai, and carving on the sword by Ikkanshi Tadatsuna.
Well known Cyoji Midare Hamon Mitasuhira and Kisyu ishido, Kotetsu,
and also Kyusyu well-known swordsmiths. Since the Sankin kotai(all Daimyo must move
to Edo and stay for one year) samurai, tradesmen, and swordsmiths are
free to travel around the country, there is a historical background
and exchanges deepen to see works in other districts.
The difference was that many daimyo and samurai were surprised
by the turbulent blade of Tsuda Echizen Doranba hamon due to the increased opportunities.
There is none. Many swordsmen imitated the popularity
of Sukehiro’s turbulent blades due to their popularity.

From Aoi Art: Tsuda Sukehiro was born at Kanei 14th at Settsu Uchide village(Ashiya in this time) and named Jin nosy and studied under the first generation Soboro Sukehiro who was well known Cyojimidare hamon mainly and studied. After his master died, he succeeded Tsuda family named made different type of swords like deep nioikuch gunome midair and Doranba hamon later on.At Meireki 3rd, he got the title Echizen Kami and worked for Oosaka castle Daimyo Aotyama Inaba Kami and passed away Tenna 2nd age 46,
His subjects were cyoji midair hamon like his master but later on he changed his subjects to deep nioideki gunome midair and Doranba.
This doranba hamon was influenced a lot not only Oosaka but also Edo district. This sword is very attractive fine Jigane and fantastic Doranba hamon. We recommend this nice sword for you. 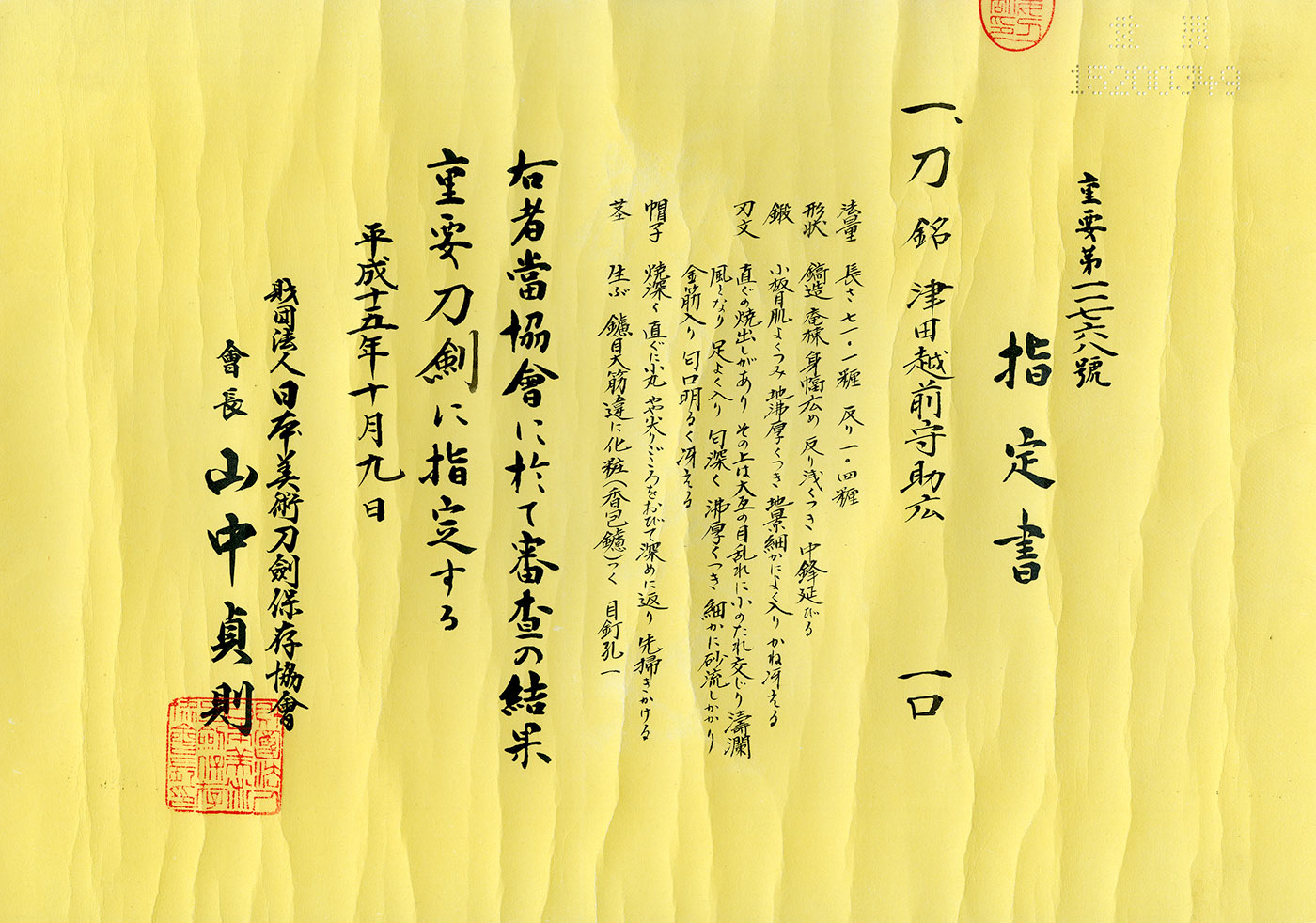 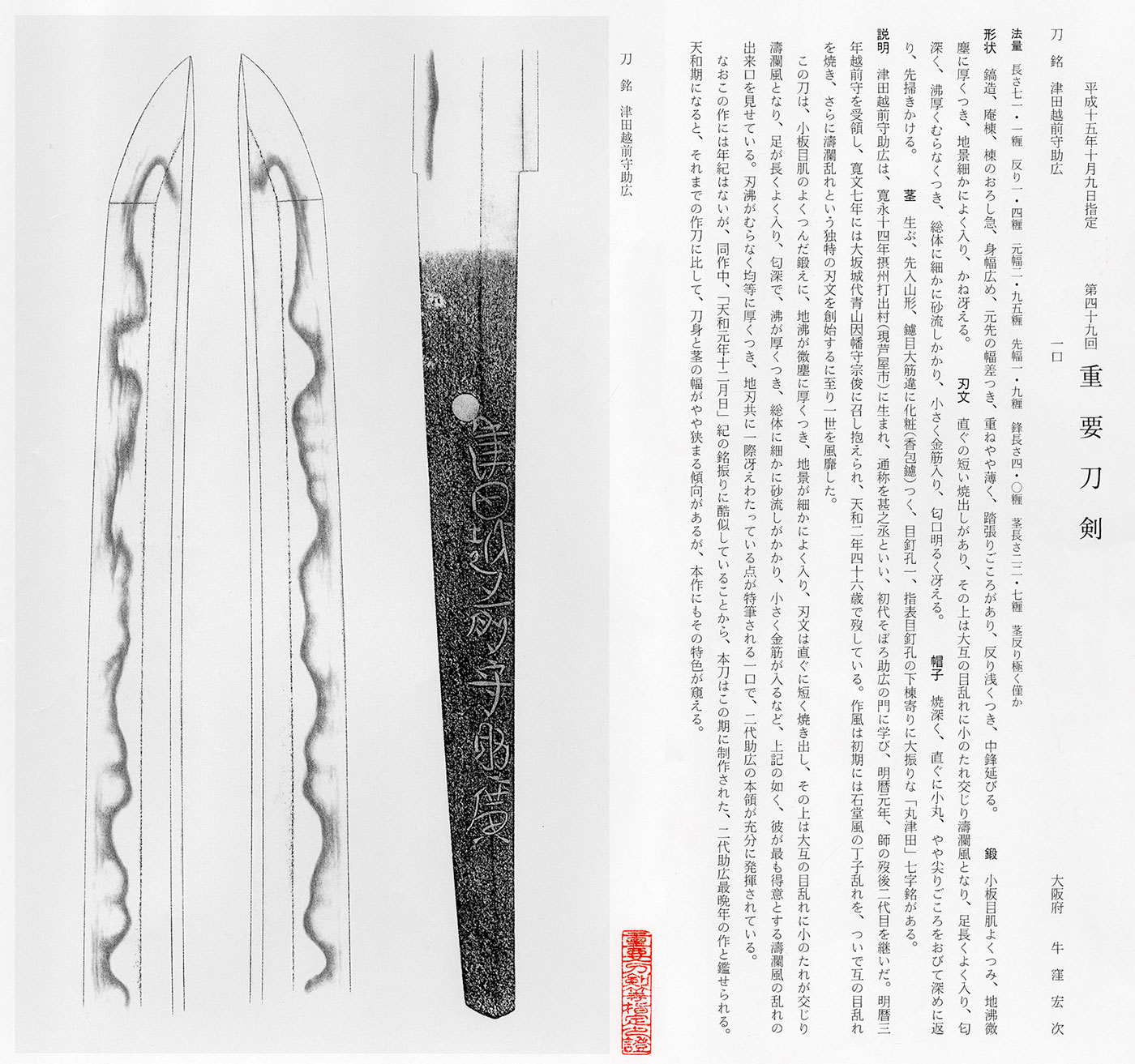