EXPLANATION: This sword was made by Hori Toshihide (Minamoto Hideaki) in Autmn 1925, custom order by Mr. Ando.

Special feature:Horii Toshihide whose real name was Kaneyoshi Horii was born in 1886
as the third son of Hirokichi Tokuda in Shiga pref. Toshihide became a pupil of
Horii Taneaki in 1904 and succeeded the Horii School as the Third.
Toshihide used three names: Hideaki, Kaneaki and Toshihide.
In 1918, Toshihide went to Hokkaido at the invitation of Nihon-Seiko,
a famous steelmaking company at Muroran City.
He continued forging sword there. Toshihide is thought as one of
a representative swordsmith of the first half of Showa period,
in the prewar Japan. He passed away in 1943 during the Second World War.
1942, he was ordered to make 10 Gensui to swords from the imperial
Household Ministry. but unfortunately he passed away
by die of a brain tumor on the half way.
He made many swords and tanto requesting by Royal family,
Imperial Household in order to imperial donation.
He also made sword for Togo Heihachiro and achieve high evaluation.

From Aoi Art: At Token Hozon Kai,Hideaki Taisyo 2nd year Hideaki got
the tytle of Hideaki’s name which was received from Suishinshi Masahide.
The sword is big different from the regular Hideaki.
Genrally he made Muji style sword but this sword is mixed up
with old Jigane. The sword looks like Rai school old sword
probably nakajima Rai school. Probably He was asked to make
Rai school sword and tried to make and succeeded
active high ranking sword. 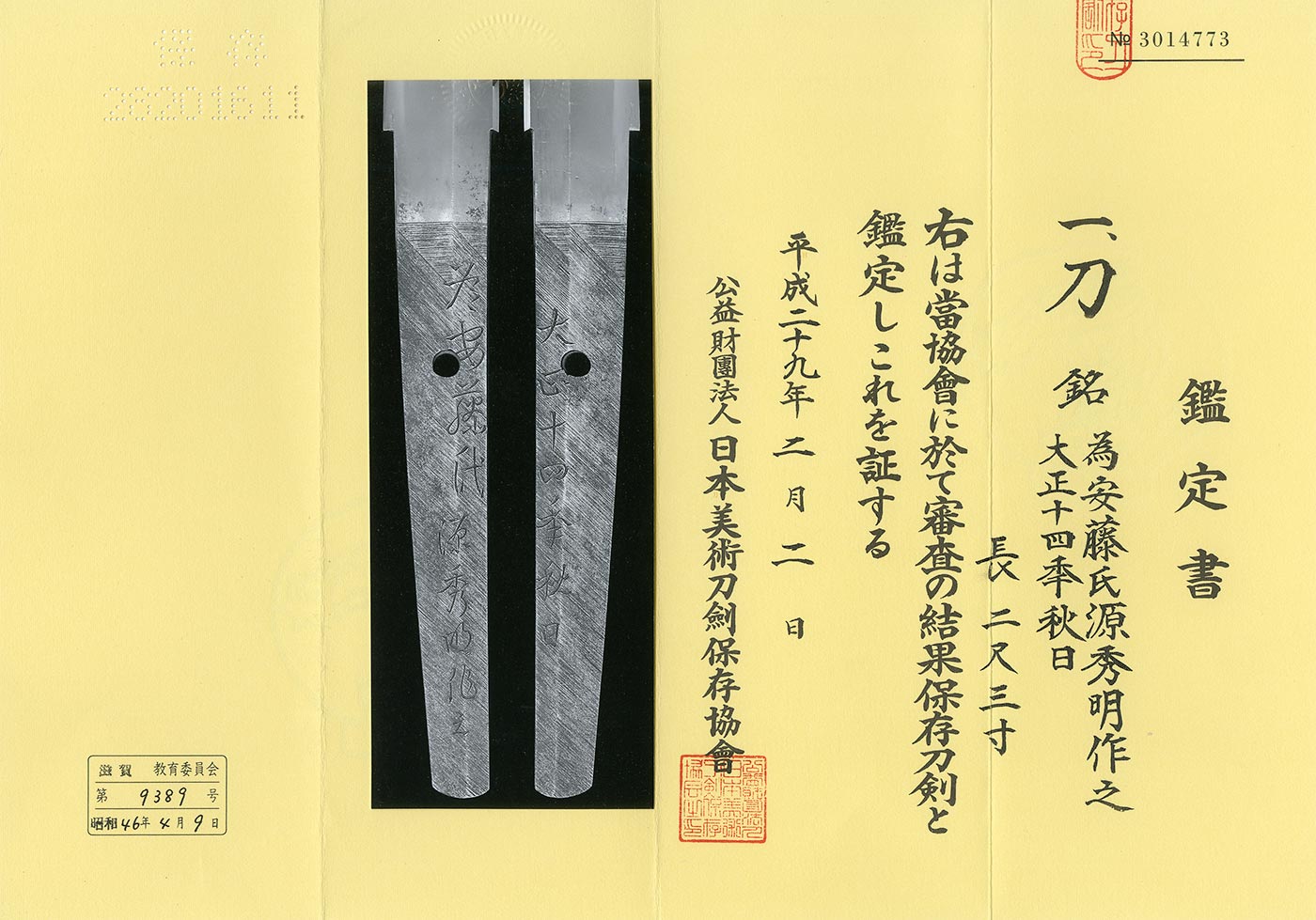