Special feature: Satsuma province produced excellent swordsmiths under the patronage of the Shimazu family.
Motohira, born as a son of retained swordsmith Oku Motonao in 1744 was a representative swordsmith in early Shin-to
period. Motohira succeeded the headship of the family in 1777
and was appointed Yamato (No) Kami in 1789. His younger brothers Mototake
and Motoyasu were also excellent swordsmith and their collaboration still survives.
Motohira passed away in 1826, aged 83.

Koshirae :
Saya : Black roar saya.
Tsuba :On the deformed round shape iro Tsuba, rise up the mimi,
engrave a willow tree and a Japanese small boat with a man(fisherman)
in the distance, mountain and shrine are engraved
with a gold collar which looks like a Japanese picture.
Menuki : Japanese suit of armor’s sleeve is engraved with gold color.

From Aoi Art: Satsuma produced many masterworks
under the protection of the Shimadzu Daimyo family.
Motohira is a swordmaker who represents the Satsuma swordsmith.
The birth of Motohira was born in 1744, the first year of Enkyo as Motonao’s son.
He lost his father in 1777, and inherited the family supervisor.
The sword-making was learned by his father, and he was allowed to mark
“Sappn shin Oku Motohira” in Tenmei five years (1785).
. The first year of Kansei (1789) was received at the same time as
Masayuki Tsuji Mamoru in December and Yamato Mamoru was received,
and it is inscribed as “Oku Yamato Morihira Asomiru Motohira” from Kansei 2 years.
We die at the age of eighty-three in July 1863.
In the late Edo period, the Shogunate and Satsuma clan highly encouraged martial arts,
and the Satsuma clan martial arts flourished. Kanmu’s father, who named the Wild sword
White Sakutoryu, is a character called Kantomi (Kanei, 1748-Kansei, 1798),
but the relation with this work is unclear.
anyway, this sword is a high ranking sword that looks like old Koto Shizu or samonji. 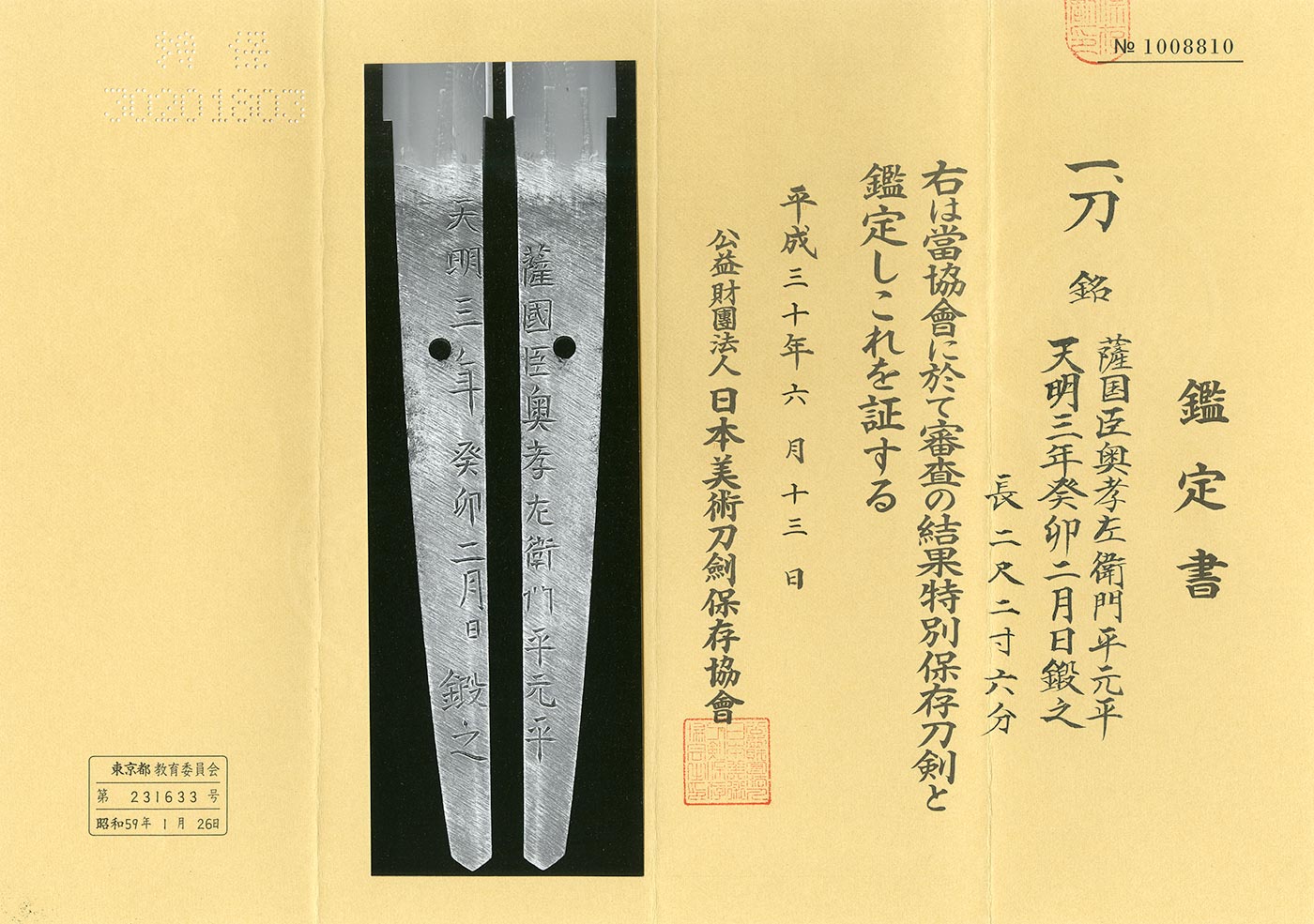