Fujishiro Toko jiten:Shinshin-to:Jyo Jyo Saku:Satsuma.
(We divide 4 sections for each sword as Saijyo saku, Jyo-jyo saku Jyo saku and regular saku)
This sword belongs to Jyo Jyo Saku ranking.
The blade was polished.
Habaki : Gold foild single habaki.
Blade length : 61.7 cm or 24.3 inches.
Sori :1.4 cm or 0.55inches.
Mekugi :2
Width at the hamachi :2.62 cm or 1.03inches.
Width at the Kissaki : 1.72cm or 0.68 inches.
Kasane : 0.45cm or 0.178inches.
The weight of the sword 485 grams.
Era : Edo period Tenmei era 1758.
Shape : The blade was rather slender with deep sori
and longer kissaki.
Jigane :Koitame hada well grained with blackish jigane and jinie and Chikei work.
Hamon : Ko Nie Deki, Notare and Gunome Midare with thick Nioikuchi. Boshi is round shape with thick Nioikuchi.
In the Ha, there are Sunagashi and Kinsuji.

Special featuKonie deki with deep nioikuchi notate and gunome mixed with
sunagashi, kinsuji work.
Bo-shi is very thick nioikuchi round shape.
Special feature.
Satsuma province produced excellent swordsmiths under the patronage of the Shimazu family.
Motohira, born as a son of retaind swordsmith Oku Motonao in 1744 was a reprsentative swordsmith in early Shin-to
period. Motohira succeeded the headship of family in 1777
and was appointed Yamato (No) Kami in 1789. His younger brothers Mototake
and Motoyasu were also excellent swordsmith and their collaboration still survives

From Aoi Art: In this work, the sword was learned from his father,
and in 1785 he was allowed to cut the name “Satsuma Shin Oku Motohirai”.
you will be amazed at his skill in producing. It is thought
that the slender one was made to go to the castle as bring as daisy set.
The work that reflects Go Yoshihiro shows outstanding results.
It is thought that the wonderful work with a particularly deep
nioikuchi halo n influenced many swordsmiths. A masterpiece like this at the age of 32 years old. He is a swordsmith who has produced many works after making and has been forging swords
for many years until his death at the age of 83. As you all know, Motohira has a hiddeHe left
a secret trace to avoid making a fake of Motohira swords.
The line leading to The tip of the Nakago is slightly off the center Nakago of the line.
Also, it is common to put one or two streaks in the upper part of the nakago jiri.
By all means, this excellent work of Motohira and the sword are unified with cherry blossoms.
It’s a pity that there is no Tsuba. 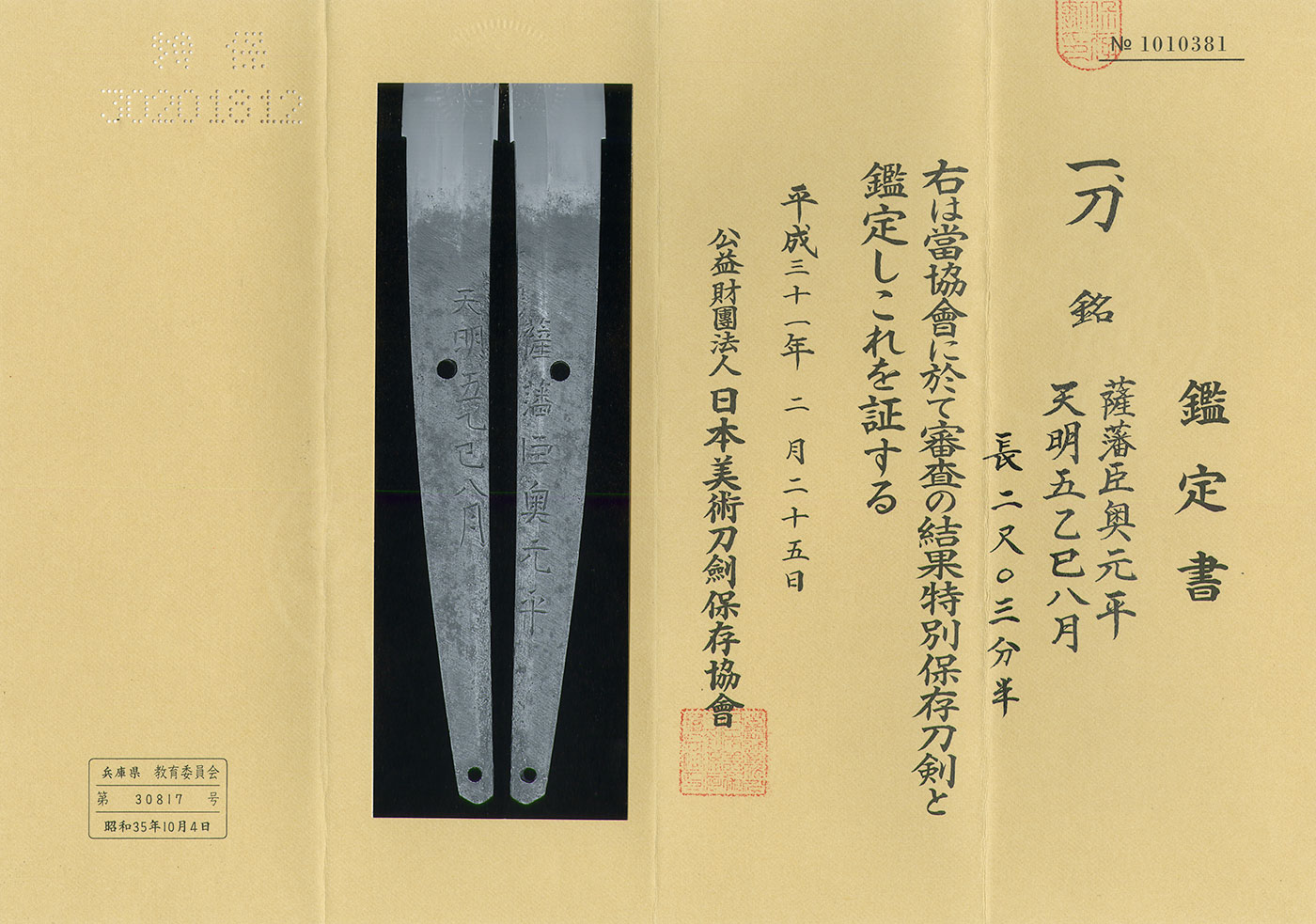 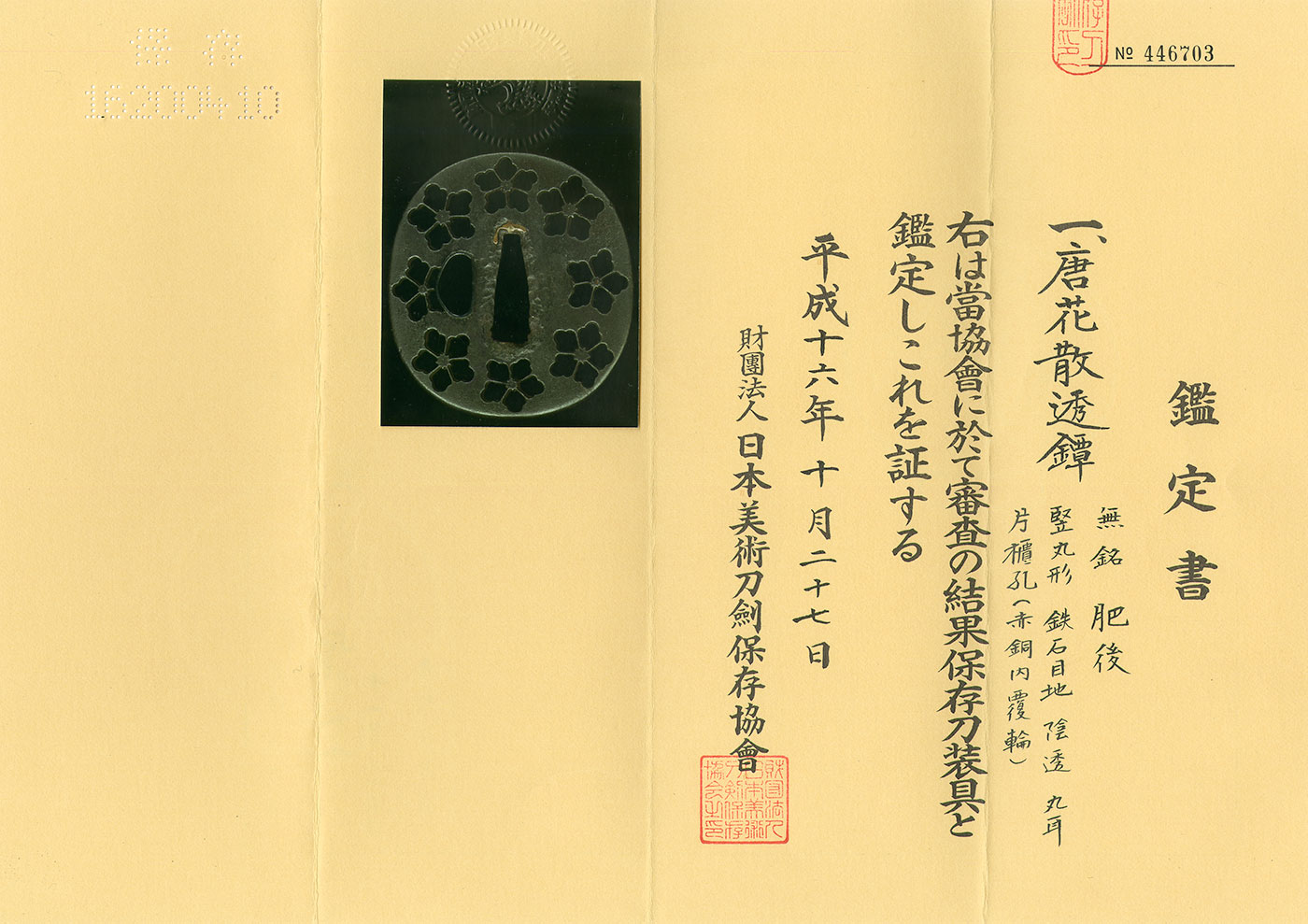 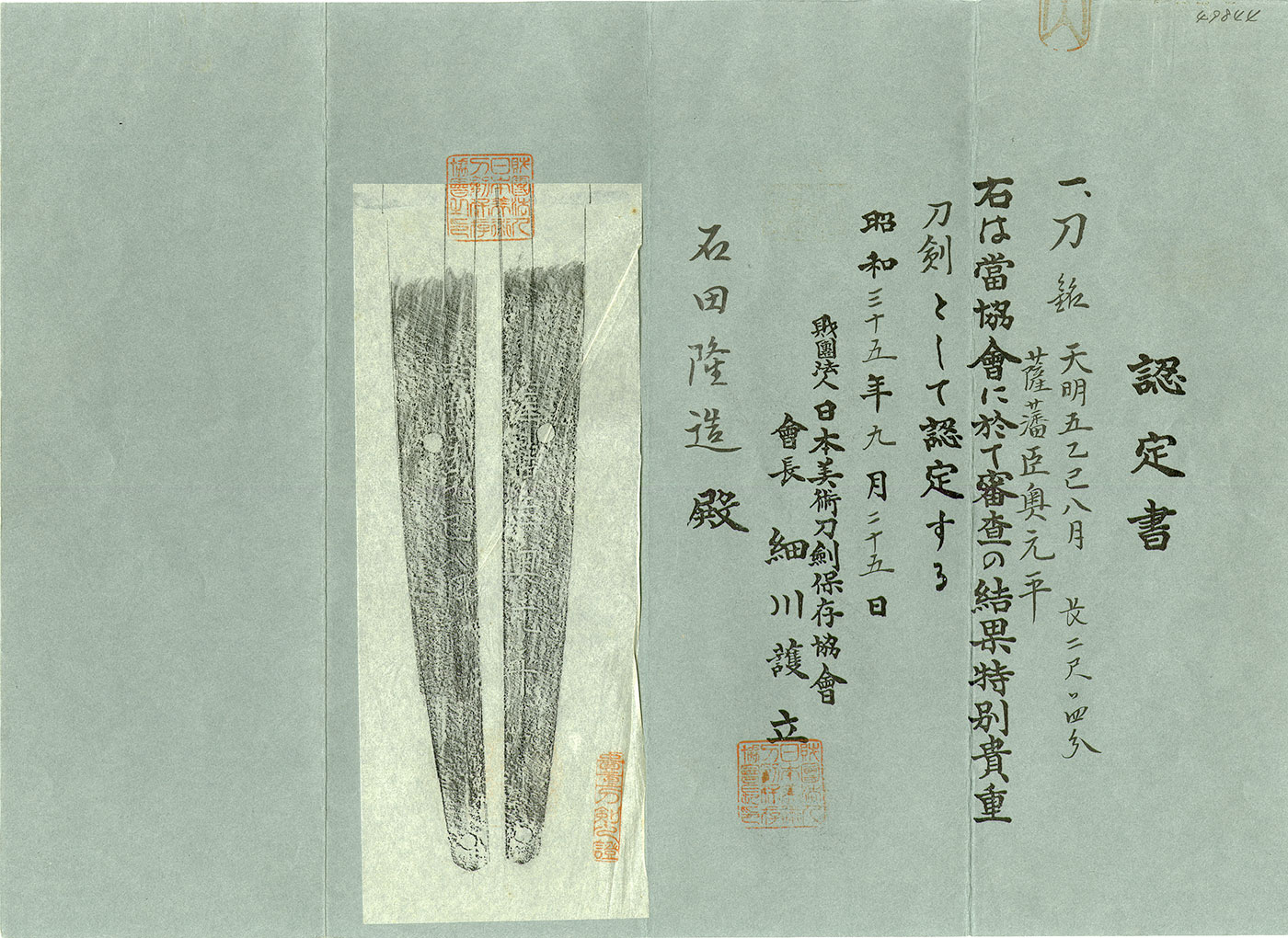