Special feature:Sadakazu the First who went by the name of Yagoro was
born in 1836 at Hikone in Koshu Sukoashi mura village,
present Shiga pref. He became an adopted son of Gassan
Sadakichi who
lived at Osaka. Sadakazu started to learn when he was
eleven years old. He was approved as a Teishitsu-gigeiin, a
Craftman to the Imperial Household in 1906 and received a
command to make a gunto for the Emperor Meiji in the next
year. Sadakazu passed away in 1918, aged 73.
Sadakazu’s second son, Sadakatsu was also a famous
swordsmith. Sadakatsu’s third son succeeded the name
Sadakazu as the Second was approved an important
intangible cultural assets known as Ningen-kokuho in the
postwar Japan.

From Aoi Art: Gassan Sadakatsu was copied the inverted（sakasa) Choji-midare of Aoe style.
He used to make swords for army or navy general or high ranking officers.
According to the back mei, the blade was made at 71 years
of age memory of the passed away soldiers at Japan and Russia war.
This Aoe style sakasa Cyoji midair hamon and also kinsuzi
are fantastic. 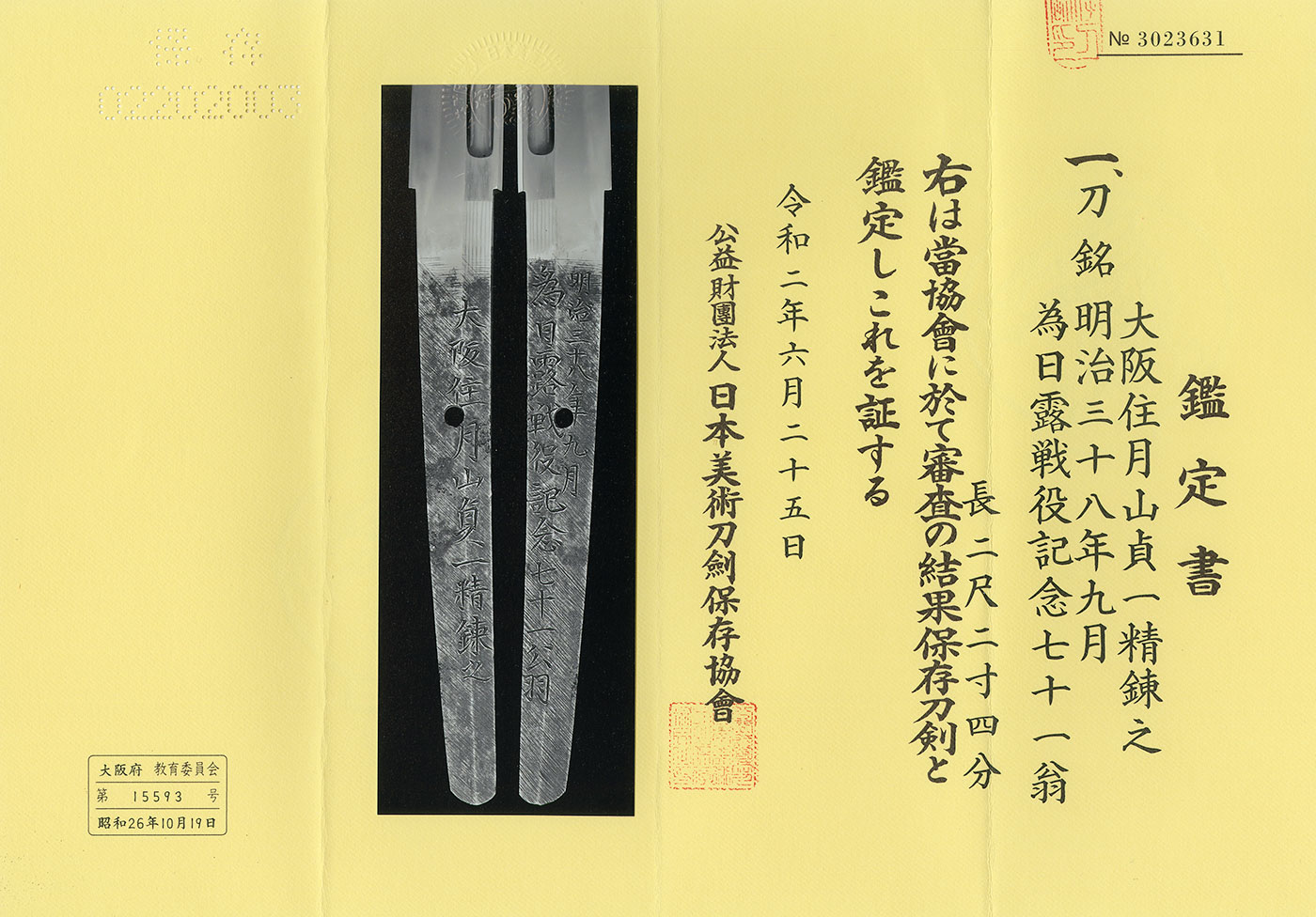