Special feature : Chounsai Tsunatoshi the First forged this katana at Edo in 1846.
Born Kato Hachiro in Dewa province, present Yamagata pref.
As the Third son of Izumi (No) Kami Kunihide in 1798, learned under Suishinshi Masahide.
Kato Tsunahide, known as its excellent Toran-ba hamon was Tsunatoshi’s elder brother.
Tsunehide moved to Osaka from Edo and learned under Suzuki Harukuni.
After that Tsunahide went to Kyushu Island and forged sword at Kumamoto.
Around 1823, he lived a house of the Uesugi family at Azabu in Edo.
He passed away in 1863, aged 66.
The sword looks Yamato den style suguha hamon.
It is very rear collaborate Tsunatoshi and his son Koretoshi.

Historical background : Bunkyu Gannen(1st year) Russian battle ship occupied Tsushima Japanese territory.
Bunkyu 2nd January Bakufu chief councilor Ando Nobumasa was attacked by mainly 6 Mito samurai while moving with 50 members of the guards.
He was escaped to the Edo castle with some undergoing trauma and 6 members were killed by the guards.

This picture is the front of the Sakurada mon.(Excerpt from Wikipedia) 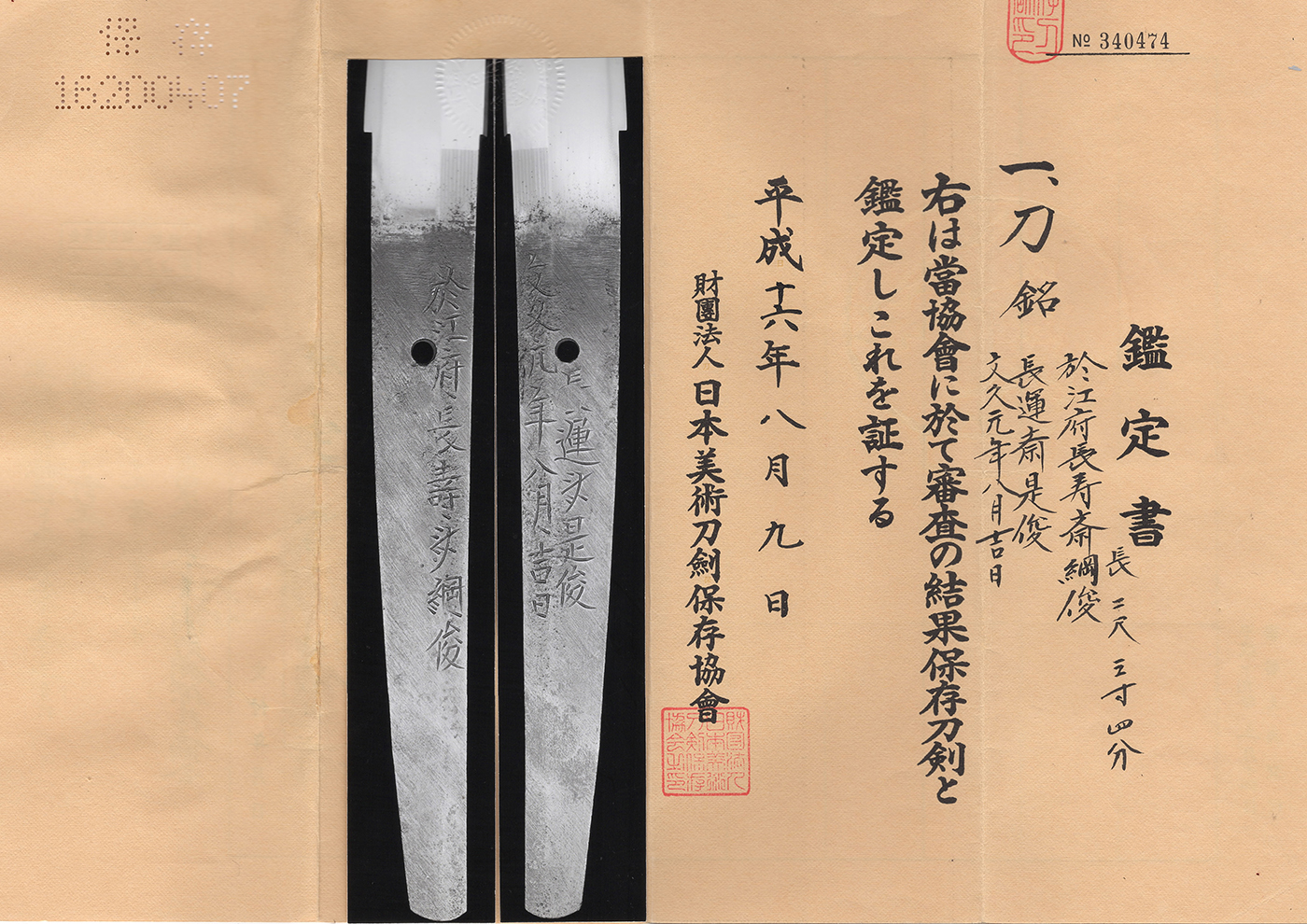