Special feature: Gassan Sadakazu the First who went by the name of Yagoro was born in 1836
at Hikone in Koshu province, present Shiga pref.
He became an adopted son of Gassan Sadakichi who lived at Osaka.
Sadakazu started to learn when he was eleven years old.
He was approved as a Teishitsu-Gigeiin, a craftsman to the Imperial Household in 1906
and received a command to make a gunto for Emperor Meiji in the next year. Sadakazu passed away in 1918, aged 73.

From Aoi Art: This sword was made by Gassan sadakzu who was a member of Teisyutsu Gigeiin
Al most national treasure and one of the top-ranking polisher polished the sword and come out fantastic Jigane.
The Hamon looks like Bizen Norimitsu fantastic¥c blade without Kizu and openings.
The blade was polished by Sashikomi style.
Koshirae is a very nice mint condition.
Especially Saya was made by high ranking Makie craftsman.
We strongly recommend this high ranking sword with nice Koshirae. 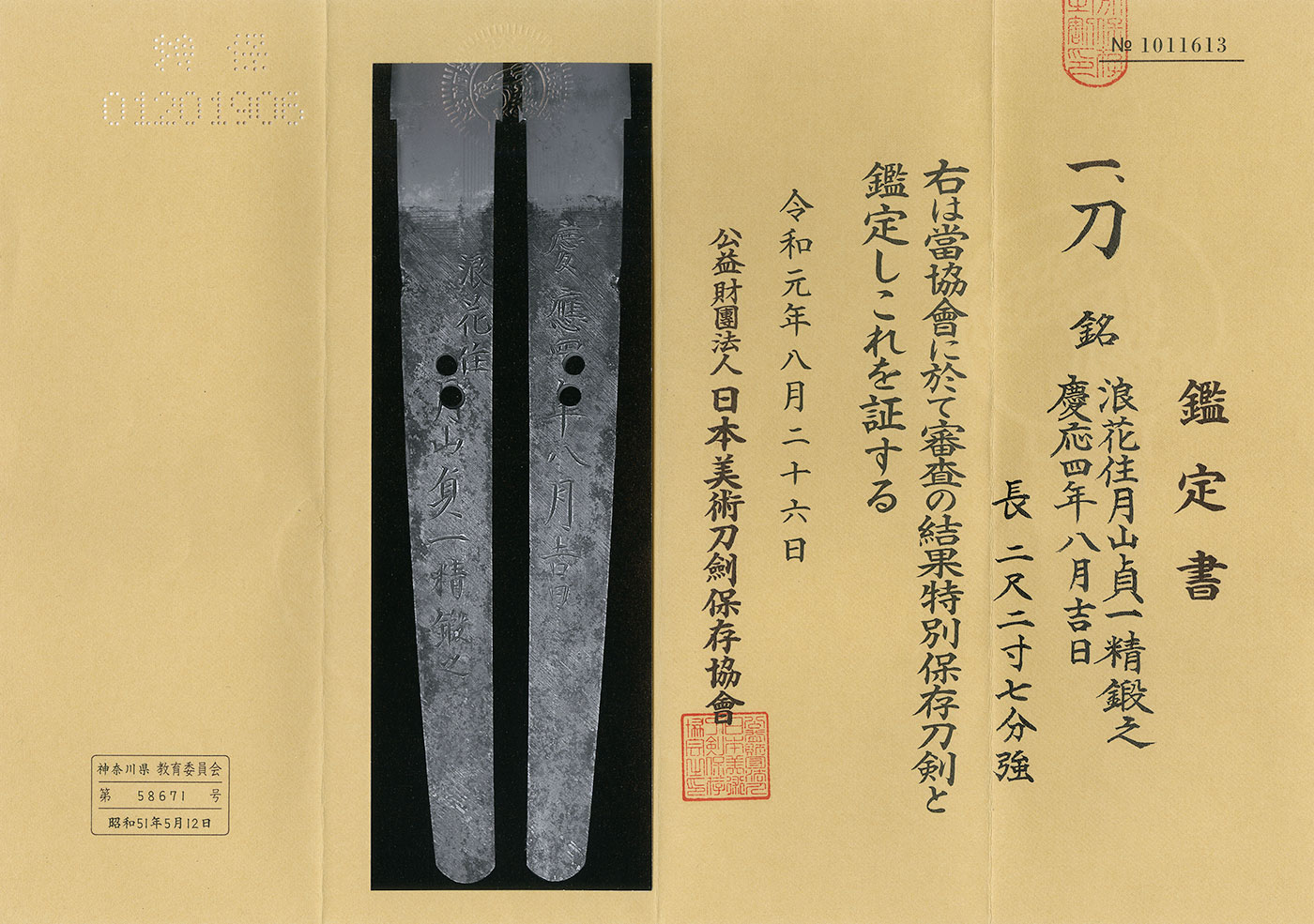