Special feature: Aizu’s swordsmith, Aizu Michitoki, is a popular swordsmith in the Aizu
clan and was evaluated with Izumi Kami Kanesada. Although this work is good, it is
regrettable that it is unknown(Ubu Mumei). This work was also liked by Shinsengumi
soldiers. Speaking of Aizu clan, after the Taisei Hokan at the end of the Tokugawa
shogunate, Satsuma Cyosyu and the former shogunate Tokugawa fought. In the Boshin
War, he was a male feudal clan who inherited the lineage of Mr. Tokugawa, following
“Aizu Matsudaira (and Tokugawa 3 famous daimyo) who was on the Tokugawa side until
the end.
Taisei Hokan The Taisei Hokan is the fact that Yoshinobu Tokugawa, the 15th shogun
of the Edo Shogunate, gave the reinstatement to the Emperor Meiji on October 14, 3rd
year of Keio, and the emperor allowed him to do so on the following 15th.
From Aoi Bijyutsu:This sword is ubu mumei (original feature) the blade is
very long wide and thick with suitable sori and longer kissaki gorgeous
healthy blade. The Hamon is bright and clear with small ashi work
with soft Nioiguchi.
Boshin War Keio 4th year / Meiji 1st year-Meiji 2 (1868-1869)) is a new government
army centered on the Satsuma domain, Choshu domain, Tosa domain, etc., which
established the new Meiji government after the restoration of the royal government. And
the civil war in Japan where the former Shogunate army and the Aizu clan alliance
fought. The name comes from the fact that the zodiac of the 4th year of Keio / the first
year of the Meiji era is Toshin 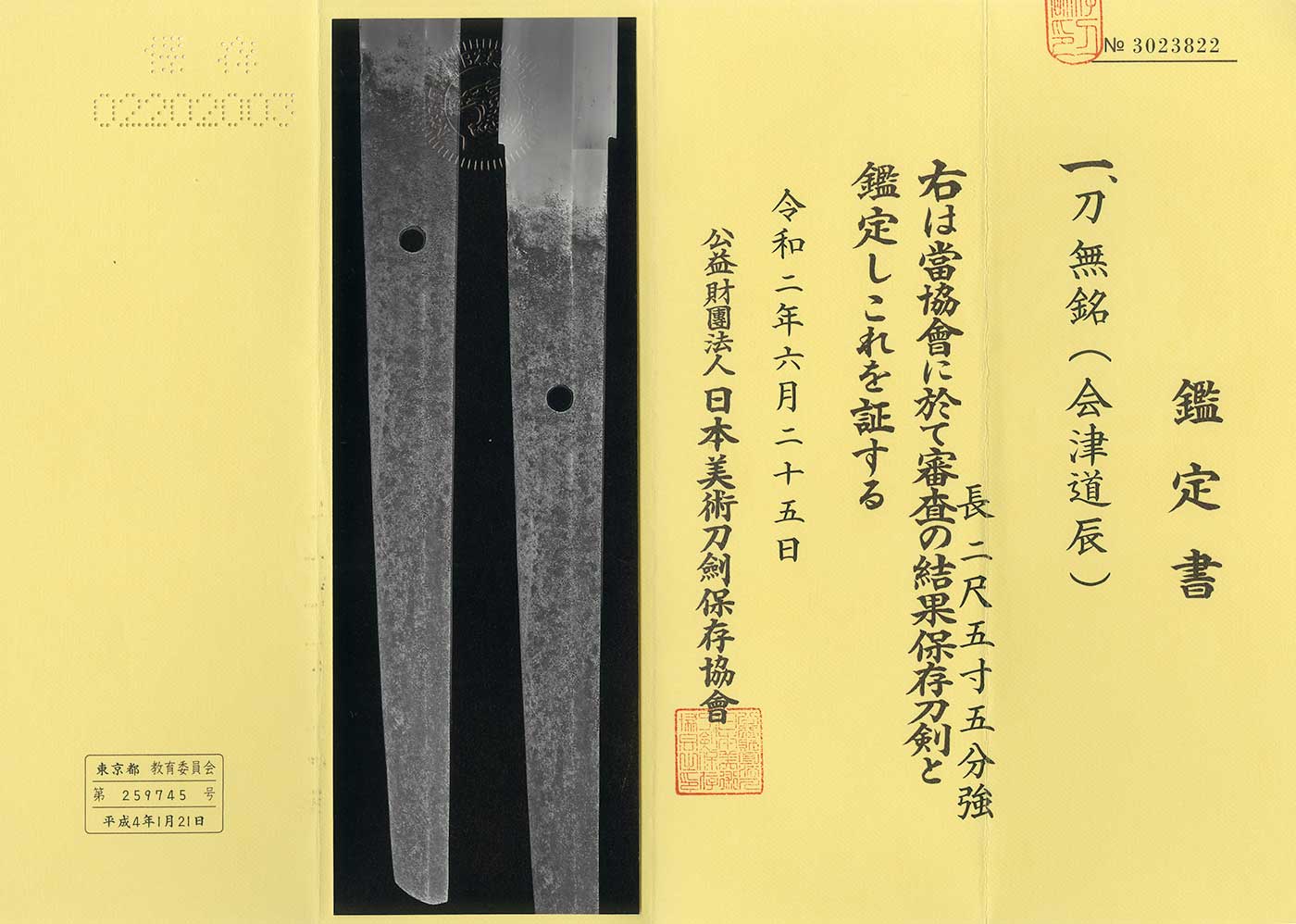