(We divide 4 sections for each sword as Saijyo saku, Jyo-jyo saku, Jyo saku, and regular saku)
This sword belongs to Jyo Jyo saku ranking.
The blade was polished.
Habaki: Silver double habaki.
Blade length:72.9cm or 28.70inches.
Sori:1.4cm or 0.55inches.
Mekugi:1
Width at the hamachi:3.31cm or 1.30inches.
Width at the Kissaki:2.24cm or 0.88inches.
Kasane:0.76cm or 0.29inches.
The weight of the sword:840grams.
Era: Bunkyu 3(1863), the Edo period
Shape: The blade is slightly broad and thick with adequate Sori
and longer Kissaki. It has Ububa left: in a very healthy condition.
Jigane: Koitamehada becomes fine to be like a mirror.
Hamon: Niedeki becomes very fine to be Gunomemidare with active Ashi.
Boshi is Midarekomi which turns back in a small circle.

From Aoi Art: He made sophisticated works as a Iyo sword smith.
Apparently they look like Koyama Munetsugu. Ash comes in
frequently: it is like modern swordsmiths. It is a well-made work.
There are some parts which become fine too small: it is also a
characteristic of Koyama Munetsugu. After the Edo period, the
demands for swords decreased drastically, and probably he had lost
his job. That is why he doesn’t appear in Toko Jiten(swordsmith
dictionary). However, it is great work. 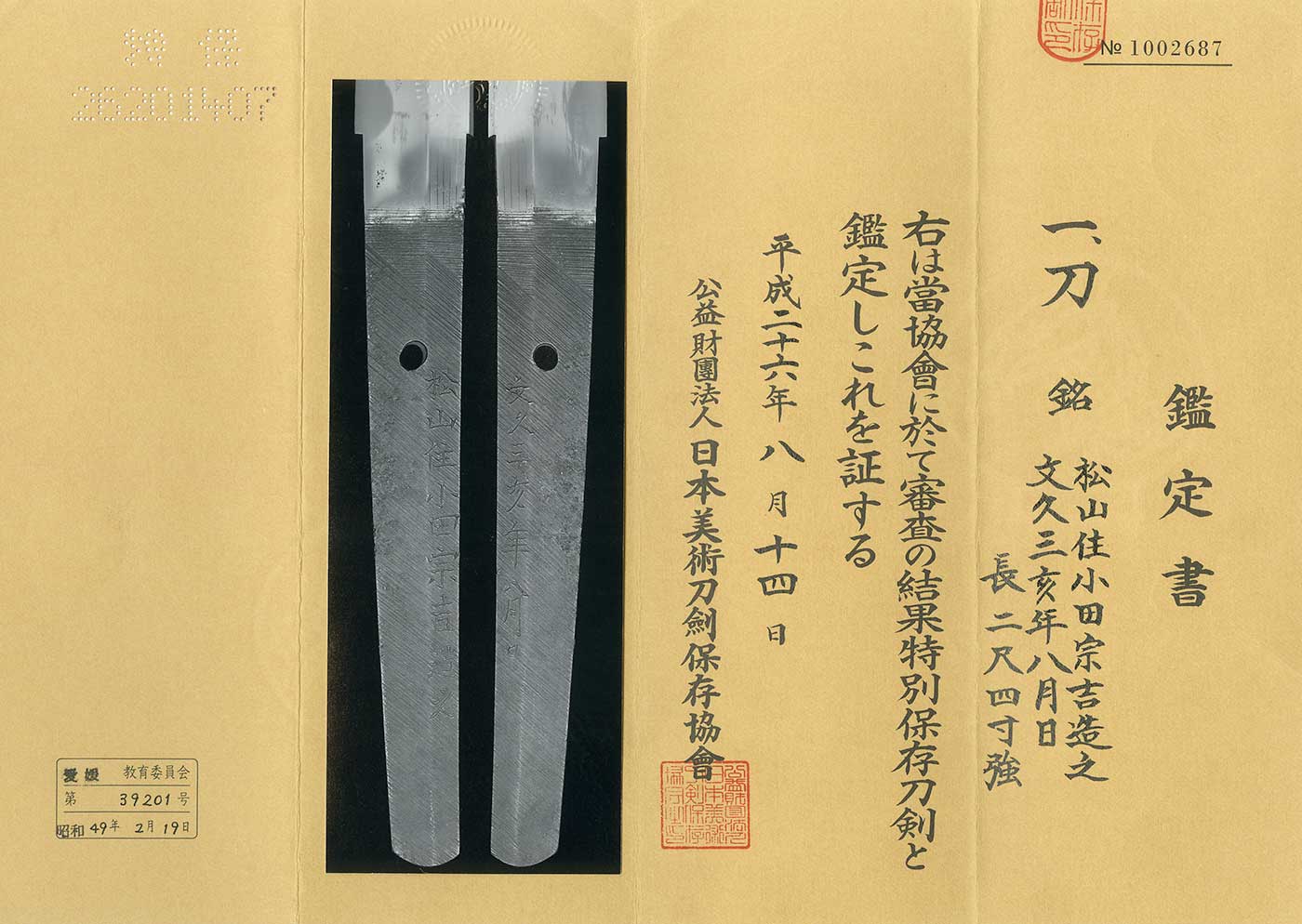