(We divide 4 sections for each sword as Saijyo saku, Jyojyo saku
Jyo saku and regular saku)
This blade belongs to Saijo Saku ranking.

He worked under the Miyairi Shohei sword maker who got the national treasure.
He studied Raikunitoshi, aoe, sosyu style from him.
He decided to open up his own business at 1960 and do his own thing from his master and made swords.
At Showa 48,52,53,He got Masamune syo prize which is the top
ranking prize in NBTHK Shinsakuto shinsa.
His technique is quite high valuated from many judges.
In 1997, he got the title of Living National Treasure.
He passed away in 2009 at age of 77.

From Aoi Art: Osumi Toshihira is famous for studing Suguha of Bicchu Aoe school. This blade has Gunome Midare Hamon.
We think that this blade has the values as a reference.
Toshihira got many prizes in his life.
Generally, He made suguha hamon but this sword is Cyoji midare
active temper line. 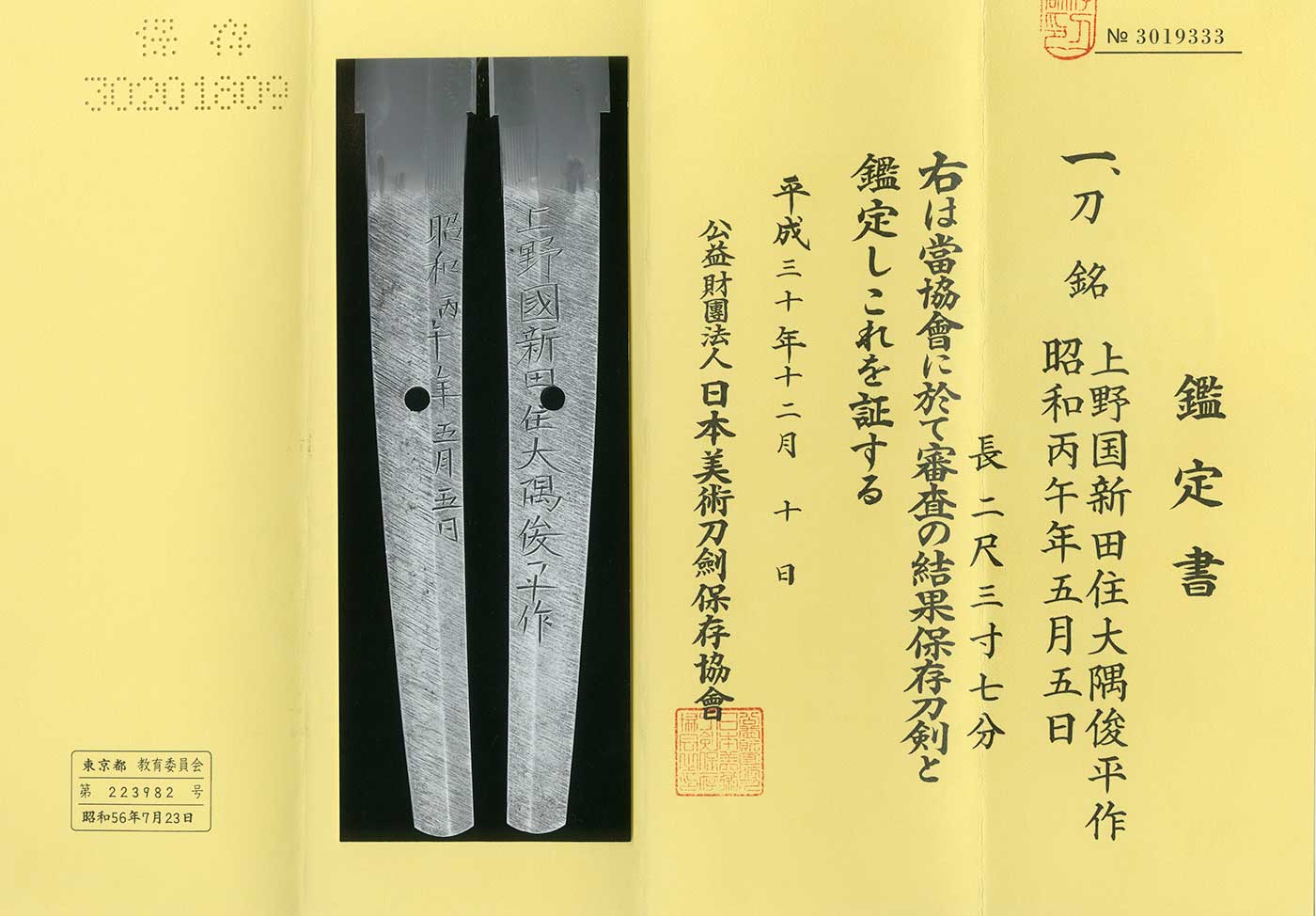