Special feature: Echizen Kami Minamoto Rai Nobuyoshi was 3rd son
of the Shinano Kami Nobuyoshi and moved to Osaka.
It was called Echizen no kami Manamoto Nobuyoshi, Echizen no kami Minamoto rai
Nobuyoshi, and on the top of the signature, he cut the Kikumon (family crest).
At that period, Kanbun, Enpo era, Doranba hamon which were made by Sukehiro
or Inoue Shinkai beautiful thick wide nioikuchi suguha were high reputation
and influenced to many sword makers.
Takai Echizen Kami Nobuyoshi also influenced this kind of Hamon from Sukehiro and Shinkai.

Koshirae :
Saya :black brown ishime ji saya.
Tsuba :On the round style iron Tsuba and engraved some design
like Tenpo Tsuba.
Menuki : On the syakudo plate, engraved broom
with gloss color and a mouse which is very interesting design.
Fuchikashira: On the iron plate, some Ume tree’s flowers
family crests are engraved with gold color.

From Aoi Art : He studied about Oo gunome midare from Sukehiro
and succeeded and mastered Sukehiro or Shinkai hamon.
He made a sword with Tamahagane and also portages iron mixed up
which is big different from other sword maker’s.

Back ground of age: Entering the Edo period and moving to a peaceful era, the townspeople’s culture flourished and the demand for Japanese swords
drastically decreased. In the era when the swordsmiths worked hard to produce more gorgeous pieces to eat and spend life.
Swordwork carved into blades to produce more gorgeous works,
and swordsmiths that cannot keep up with it They had to close their business,
Depending on how you look at the gloomy eyes of harsh times,
there is a harsh historical background. 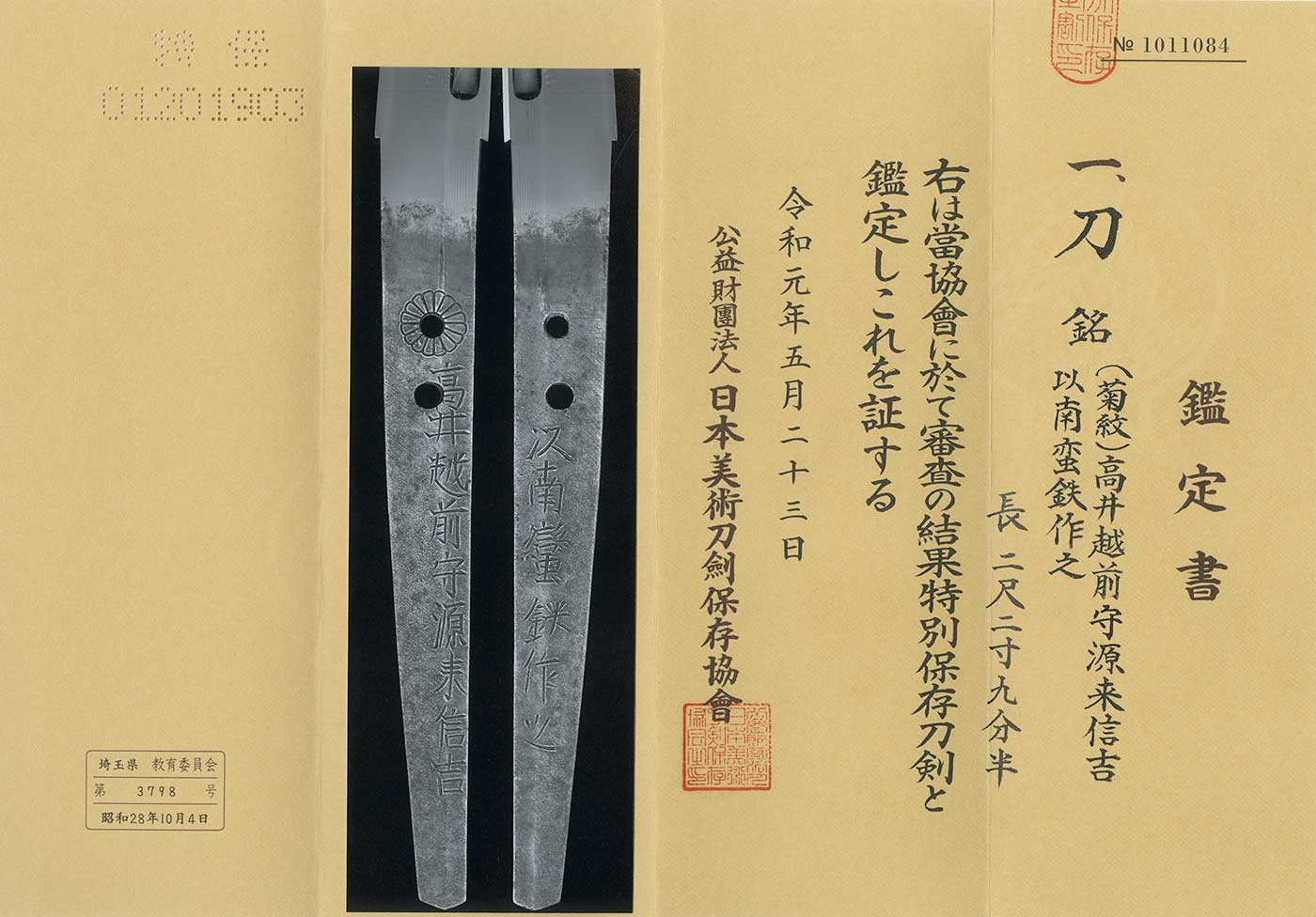 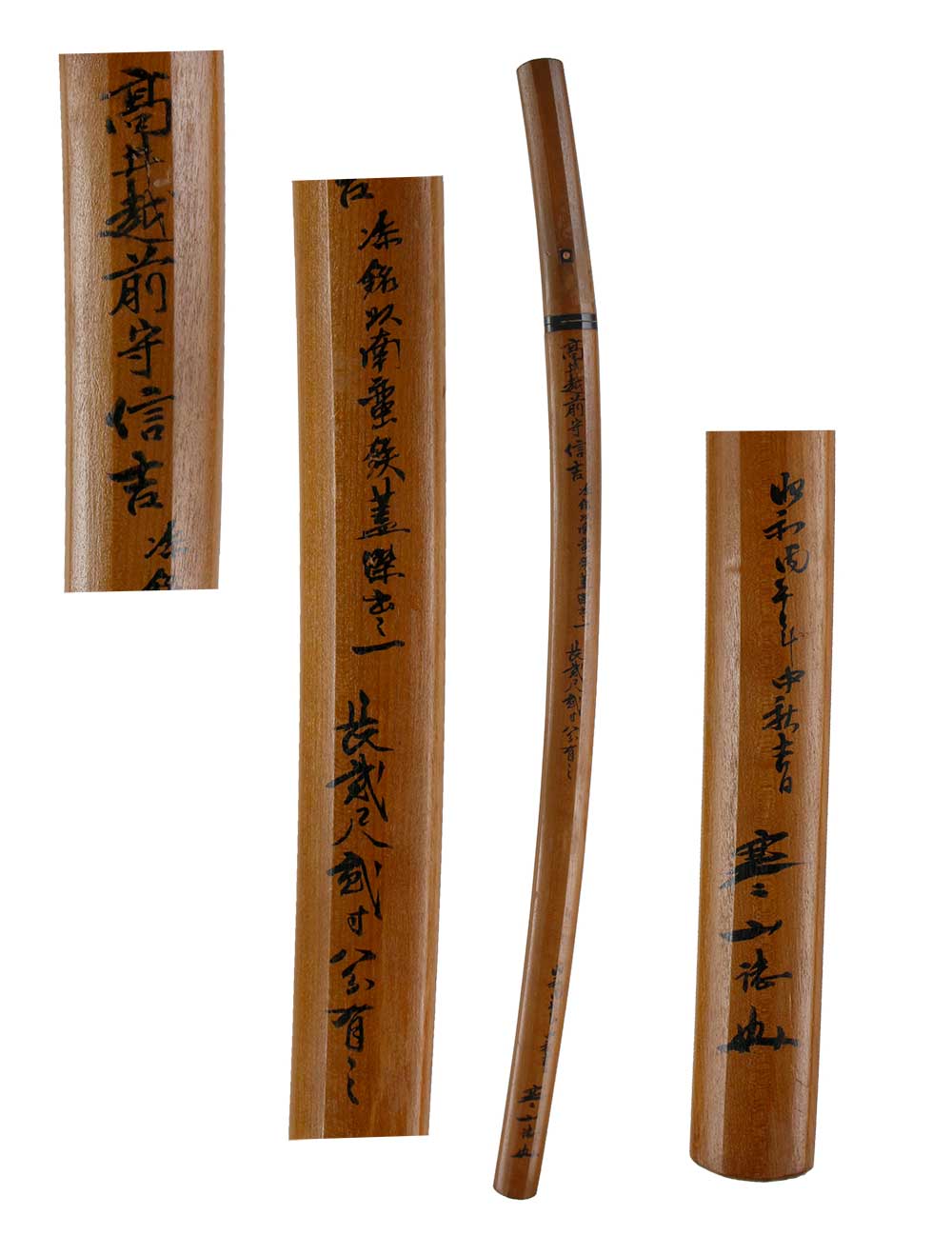